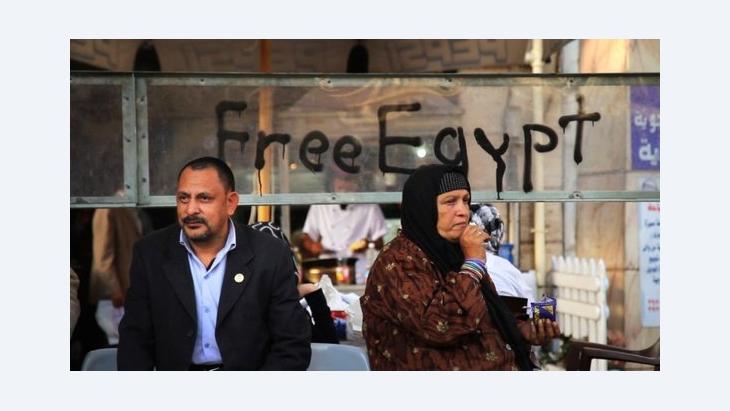 ﻿Mai Iskander's documentary "Words of Witness" provides a dense picture of the social and political upheaval in Egypt and the struggle for a new order. Igal Avidan spoke to the multi-award-winning Egyptian-American documentary filmmaker after the film's premiere in Berlin

How did you come up with the idea to "Words of Witness"?

Mai Iskander: From 2005 to 2008 I shot my documentary Garbage Dreams in Egypt, for which I followed three teenage boys who live in a village in the outskirts of Cairo. The villagers collect garbage, which they mostly recycle. Recently the Egyptian government has hired foreign multi-national trash collection companies to take over this work. This is just one example of how the youth in Egypt has to constantly confront new obstacles and struggle so hard to survive. This is what triggered the Egyptian revolution. 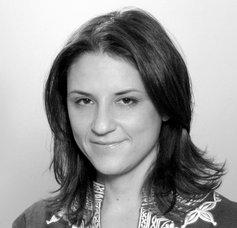 ​​I found out that I like to film personal stories within a larger political context. I was planning to do another movie in Egypt focusing on women because in the US many people wanted to know what it is like to be a woman in the Middle East. After my first contacts to the Egyptian production company "Birthmark Films", the Egyptian revolution had started.

How did you find, Heba Afify, your protagonist?

Mai Iskander: I arrived in Cairo a few days before the ouster of Mubarak and had already interviewed many women until I met Heba. She works at the independent newspaper "Egypt Independent" (formerly "Al Masry al Youm"), for the English online edition, which is read mainly by the upper class and people abroad. That's why the reporting is freer than in the Arab edition. Heba's family comes from an upper class family – her mother owns a clothing factory and her father is a banker.

Heba was very professional and didn't really care that she was being filmed; she was just very focused on her job. I just had this gut feeling about her so I followed her in a protest. But suddenly I lost her in the crowd. I looked everywhere for her, but couldn't find her. Finally, I pushed my way right into the middle of the protest and in the middle of a circle there was Heba taking pictures. From that moment on I knew where I can always find her: right in the middle of the action.

Did you ever get into dangerous situations while filming?

Mai Iskander: I have also an Egyptian passport, which I always had with me because I don't look Egyptian at all.

My mother is Czech and I look like her. People on the square would stop me a lot and accuse me of being a foreign agent. Others were just very curious about what I was doing.

Were you ever physically attacked? 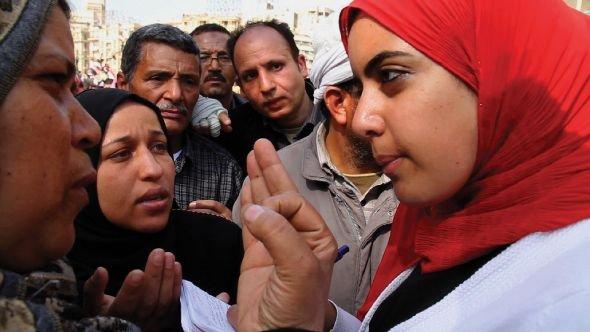 "Right in the middle of the action": The film's protagonist, Heba Afify

​​Of course I was always scared, but I had always a man with me so I felt more comfortable.

Together with Heba you went to a village where locals had previously set a church on fire. People there prevented you from getting near the building. Can you describe the situation?

Mai Iskander: This was in Atfeeh in the rural South. This church-burning had incited sectarian violence throughout Cairo and was the first such incident after the revolution. Heba went to cover it from the village and when we went closer to the church they didn't let us film there. Things like that happened all the time. There were a lot of rumours and fears and paranoia.

How has Egyptian psyche changed as a result of the uprising?

Mai Iskander: Words of Witness is an intimate look at the Egyptian people's shift from the idea of being ruled to ruling themselves.

When after 18 days of protests Mubarak who was also known as the "Father of Egypt" resigned as President, the Egyptians didn't know what the next step would be. They had never known Democracy. So they looked towards the army to protect them and help them during the transition towards Democracy.

Only about a month after the revolution ended, people started to realize that their army was not on their side. Heba was one of the first reporters to cover some of the human rights abuses that the army had inflicted on some of their critics.

In your opinion, what was the mental turning point for the Egyptians?

Mai Iskander: It was on March 9th when the army for the first time dispersed the crowd and arrested many protesters, and when there were the first accounts of torture. This was so similar to what had happened under Mubarak so that it looked like nothing had really changed. 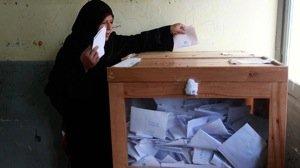 "Words of Witness", says Mai Iskander, is an intimate look at the Egyptian people's shift from the idea of being ruled to ruling themselves. The film ends at the ballot box during the Parliamentary elections, "the moment when Egyptians were taking their future into their own hands"

​​This time was so significant because Egyptians realized for the first time that they had to lead themselves and determine their own future, that they couldn't just rely on the next ruler to help them transition towards Democracy. They had to define their own Democracy. It was the first time that Egyptians felt they had an ownership in their country. That's the shift in the psyche that I wanted to capture.

This shift is especially vivid in one scene…

Mai Iskander: After Heba is showing her sister the torture testimonials of the crimes the army had committed against civilians, her mother walks into the room and says, "But who's going to be our father now?" And Heba says, "We have to start taking care of ourselves and lead our country towards Democracy."

At the demonstrations one hears calls such as "Allah is great" and "we want Democracy". Can one fulfil both these demands, or do they contradict each other?

Mai Iskander: This is really a hard question whether Religion and Democracy can go hand in hand because Democracy doesn't look the same in every part of the world. We Americans have freedom of speech and the press, which we take for granted but for which Egyptians are currently fighting for. Yet we Americans don't shake up the system anymore. In Egypt I felt this is what 1960s in the USA must have looked like, when everybody was politically active. In Cairo I realized that Democracy can take many forms and also encompass religion.

Why does your film end at the ballot box during the Parliamentary elections?

Mai Iskander: I wanted to finish in this point in time when the Egyptians felt they have to take their future in their own hand. But their road towards Democracy is going to be a rocky road.

Born in the USA in 1974, Mai Iskander's directorial debut "Garbage Dreams" screened at over one hundred film festivals and won numerous international awards. Iskander also works as a cinematographer for television.

Home
Print
Newsletter
More on this topic
Hanan Abdalla's Film ''In the Shadow of a Man'': Searching for Freedom and Self-DeterminationAlaa al-Aswani's ''On the State of Egypt'': ''Democracy Is the Solution''
Related Topics
All Topics
Date:
Mail:
Send via mail

END_OF_DOCUMENT_TOKEN_TO_BE_REPLACED
Social media
and networks
Subscribe to our
newsletter