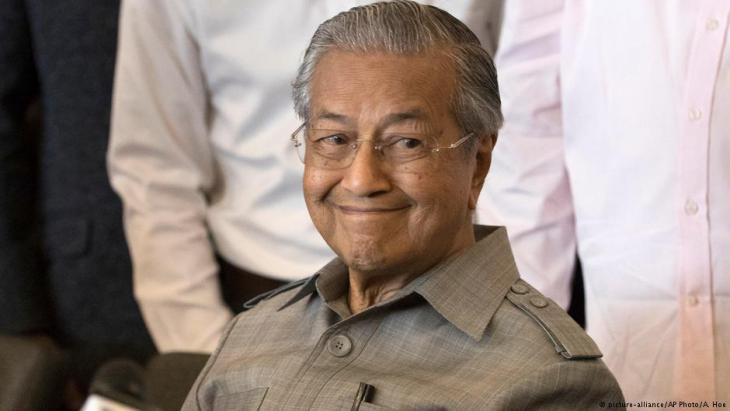 Since this monthʹs upset in elections that ousted Prime Minister Najib Razak from office, a series of anti-corruption measures, not to mention statements uttered by Mahathir and his defence minister, Mohamad (Mat) Sabu, are sparking concern in both Saudi Arabia and the United Arab Emirates.

Backed by Sabu, Mahathir, who has in recent years cautioned against widespread anti-Shia sectarianism in Malaysia, has called Malaysiaʹs counterterrorism co-operation with Saudi Arabia into question. He has also reinvigorated anti-corruption investigations of former prime minister Razak, whom Qatari media describe as "Saudi-backed".

Najib Razak is suspected of having syphoned off billions of dollars from the state-owned strategic development fund 1Malaysia Development Berhad (1MDB). The fund – as well as Saudi and UAE entities allegedly connected to the affair – is under investigation in at least six countries, including the United States, Switzerland and Singapore.

The political scientist was also at pains to point out that Mahathir had been Najib Razakʹs mentor before defecting to the opposition and forging an alliance with Anwar Ibrahim, former deputy prime minister under Mahathir during his first term of office and an Islamist believed to be close to the Muslim Brotherhood, whom Mahathir himself helped put behind bars. UAE Crown Prince Mohammed bin Zayed is known for his intense opposition to political Islam, including the Brotherhood. 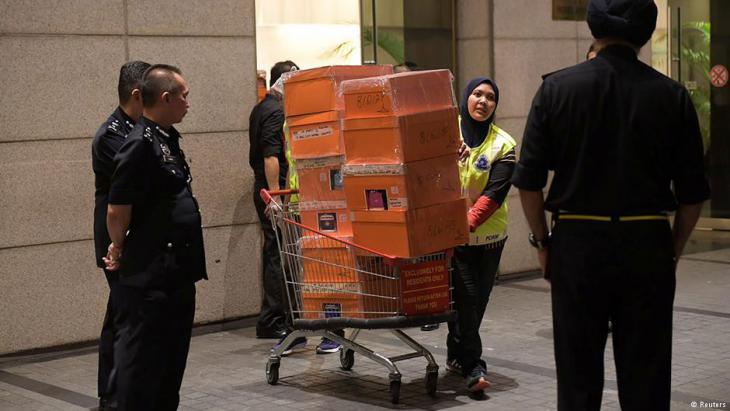 Corruption at the highest level: former prime minister Najib Razak is suspected of having syphoned off billions of dollars from the state-owned strategic development fund 1Malaysia Development Berhad (1MDB). The fund – as well as Saudi and UAE entities allegedly connected to the affair – is under investigation in at least six countries, including the United States, Switzerland and Singapore

Cooling of relations on both sides

"Malaysia seems to lack wise men, leaders, statesmen and youth to elect a 92-year-old who suddenly turned against his own party and his own allies and made a suspicious deal with his own political opponent whom he previously imprisoned after fabricating the most heinous of charges against him. This is politics as a curse and democracy as wrath," said Abdulla on Twitter, two days after the election.

Similarly, Malaysian officials have signalled changing attitudes towards the Gulf. Seri Mohd Shukri Abdull, Prime Minister Mahathirʹs newly appointed anti-corruption czar, who resigned from the Malaysian Anti-Corruption Commission (MACC) in 2016 as a result of pressure to drop plans to indict the then prime minister Razak, noted that "we have had difficulties dealing with Arab countries (such as) Qatar, Saudi Arabia, (and the) UAE."

Those difficulties are likely to recur.

In recent years, Tehran had pushed a clever public-relations campaign to depict Soleimani as a Napoleon- or Caesar-like warrior-poet. He was even mooted as a likely presidential ... END_OF_DOCUMENT_TOKEN_TO_BE_REPLACED

Taking the Fridays for Future movement as his starting point, Muslim environmental expert Tarik Quadir talks to Marian Brehmer about the connections between Islam and ... END_OF_DOCUMENT_TOKEN_TO_BE_REPLACED

Equality in divorce, a ban on polygamy: reformers of Islamic family law have a clear agenda. They are exploiting the ambiguity of traditional jurisprudence. By Joseph Croitoru END_OF_DOCUMENT_TOKEN_TO_BE_REPLACED

Yazz Ahmed is one of the most exciting personalities on the lively London jazz scene. Her complex musical suites combine the traditions of her Bahraini roots and jazz ... END_OF_DOCUMENT_TOKEN_TO_BE_REPLACED

Over the years, Arab women demanding change to the status quo have faced fierce resistance from legislators and decision-makers alike. This merely reflects the fear felt by men ... END_OF_DOCUMENT_TOKEN_TO_BE_REPLACED

The collapse of traditional multilateralism in the Arab world has been accompanied by a significant shift in American Middle East policy under President Donald Trump, writes ... END_OF_DOCUMENT_TOKEN_TO_BE_REPLACED
Author:
James M. Dorsey
Date:
Mail:
Send via mail