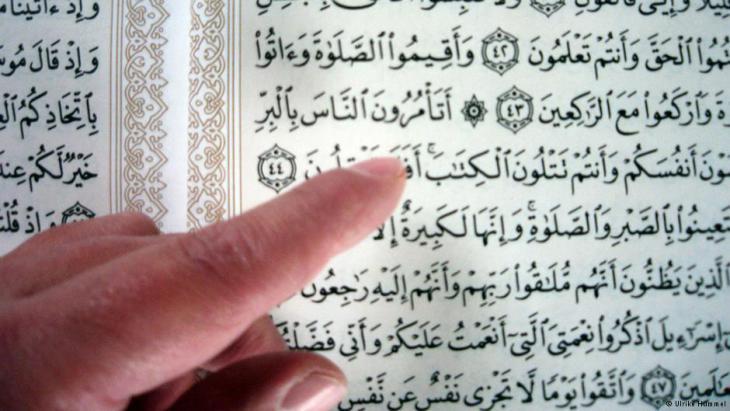 Manifesto published by Muslim intellectuals
For Islam and democracy

Muslim intellectuals have called on their fellow believers to indentify the failures of Muslim societies and develop an Islam for the twenty-first century. Loay Mudhoon believes that Europe should unreservedly support this effort

In a clearly formulated manifesto last week, four well-known Muslim intellectuals appealed to all Muslim political and religious leaders to stand up and support a democratic Islam. In their letter, they also laid out some concrete steps, among them a conference in France early next year that would "define the contours of a progressive interpretation of Islam firmly grounded in the twenty-first century."

The four men behind this letter are Tariq Ramadan, professor of contemporary Islamic studies at the University of Oxford; Anwar Ibrahim, the head of Malaysia's national opposition and chairman of the World Forum for Muslim Democrats; Ghaleb Bencheikh, the president of the World Conference for Religions for Peace; and Felix Marquardt, founder of the Abd al-Rahman al-Kawakibi Foundation. They are hard on their fellow Muslims and ask tough questions. In their letter, they call for a clear-eyed diagnosis of Islam's current plight and want to develop a fundamental critique of Islamic culture and religion.

The authors rightly ask, for example: why have the regular calls for "an Islamic Renaissance" largely gone unanswered? Why did the "uncompromising critical analysis of the Koran and the prophetic traditions," launched at the beginning of the twentieth century, not lead to a lasting Islamic path to modernity? Why are innovative reformers who are looking for a connection between modernity and Islamic norms and values often forced to stand on the edge of society, fighting a losing battle?

Given the current wave of violence undertaken in the name of Islam, it is vital that moderate Muslims regain the authority to interpret the contents of their faith as soon as possible.

To achieve this goal, it is essential to ask the crucial question: who should be allowed to define what is considered "Islamic"? After all, Islam, unlike the Catholic Church, has no hierarchical structure and no ultimate authority on the faith's doctrine. 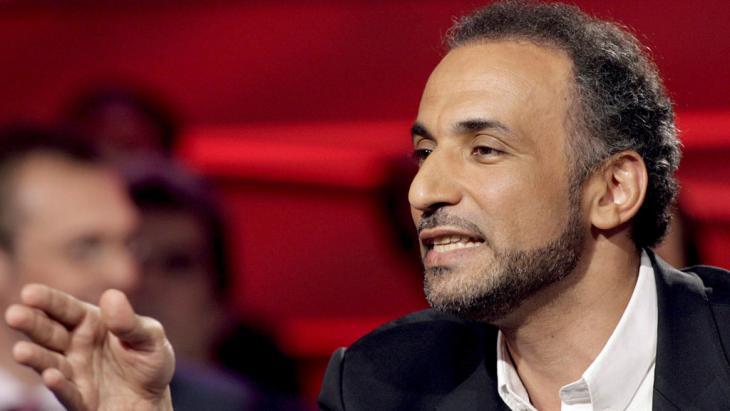 Call for reform and renewal of the Islamic faith: Tariq Ramadan is professor of contemporary Islamic studies at the University of Oxford. The French intellectual is considered one of the most significant thinkers in European Islam

The absence of such a central authority may seem to many intellectuals, in the West and elsewhere, as quite democratic and, in a way, fascinating. But it is highly problematic for Islam because it allows lay theologians and bigoted hate preachers of all stripes to say their terrorist and barbaric acts have been "legitimised" by their religion – and thereby twist basic Islamic norms into absurdity.

To make matters worse, in many Islamic countries culturally parochial phenomena – like the Wahhabism that prevails in Saudi Arabia – are misunderstood as religious dogma, even though they have little to do with the religion of Islam.

Four years after the Arab Spring, the hopes that a wave of democratisation would wash over the Arab world have largely been disappointed. In that time, dialogues within the Islamic world – debates on the ways and concepts needed to solve pressing problems – have rarely taken place, if at all. The "Islamic world" itself does not exist as a unified political entity and never has. It remains fragmented, with the majority of Islamic states busy with internal conflicts and numerous proxy wars – and not with discussions about reform.

Since no substantial reform impetus can be expected from the Islamic world, this call to all "Muslim democrats" could end up having an epochal significance. Indeed, all Muslim authorities, reform-minded theologians and decision-makers should accept this invitation and attend the joint conference in 2016!

This is perhaps a historical possibility for Muslim democrats from around the world to develop a new, innovative recipe for an Islamic path to modernity. We urgently need a viable Islamic model, accepted by all, that supports the complex realities of pluralistic, multi-ethnic and multi-religious societies – including those heavily shaped by immigration. And Europe should strongly foster this process. It is in the continent's own interest – not only as an alternative to jihadism, but also because Europe sees itself as a community of democratic values.

Fariduddin Attar’s "The Conference of the Birds", one of the seminal works of Islamic mysticism, has recently been published in sumptuously illustrated German translation. It ... END_OF_DOCUMENT_TOKEN_TO_BE_REPLACED

In "Iran. Die Freiheit ist weiblich", journalist Golineh Atai describes the dogged resistance of courageous Iranian women against the Islamic Republic and the mullahs who have ... END_OF_DOCUMENT_TOKEN_TO_BE_REPLACED

The violent death of 22-year-old Mahsa Amini has achieved something the entire opposition has failed to do during the 43-year rule of the ayatollahs in Iran: almost the entire ... END_OF_DOCUMENT_TOKEN_TO_BE_REPLACED

Like Christianity, Europe's history is one of migration. Both have strong roots in the Orient and in cultures thousands of years old. Cultural historian Bernhard Braun invites us ... END_OF_DOCUMENT_TOKEN_TO_BE_REPLACED

A lot is happening in Syria’s Sweida Governorate – foreign intervention there is unprecedented both in terms of scale and number of actors – yet Damascus remains the dominant ... END_OF_DOCUMENT_TOKEN_TO_BE_REPLACED

Russia is leaving no stone unturned in its attempts to make the Islamic Republic an ally in the war against Ukraine. Fortunately for Vladimir Putin, the mullahs in Tehran are ... END_OF_DOCUMENT_TOKEN_TO_BE_REPLACED

Comments for this article: For Islam and democracy

What is Internationally needed ,is Service to a Universal Order of Rights,Equality & Sovereignty ,which rules over All Human Life on Earth !
"At Present Discontent arises with the present ruling orders because of the injustice & criminality that exists & manifests because of its failures . So called Terrorist Causes justify themselves because of this failure .
Islam gives good reasons why & how we should live ! The problem is there are too many versions of how we should live ,thus causing injustice ,by those who in key positions who willfully manipulate the State of Being in their own personal favor ! The UN after WW 2 have failed to bring about a Universal Order that works for All.The UN to be true & effective needs to be the one & only Authority of Universal Order on the Planet , This Order has to be Universally Right in every way to each & all of us ,so not to give rise or reasons for protest or rebellion.The Wars of thousands of years of our history tell the true History of our Human Governance ! We have to take note of our sad History & not go on repeating the same mistakes over & over . Responsibility ,Accountability & whether we Credit ourselves to our Almighty Source ,depends on each one of us Individually & the choices we choose !

END_OF_DOCUMENT_TOKEN_TO_BE_REPLACED
Social media
and networks
Subscribe to our
newsletter