Skip to main content
"Manual for the Clash of Civilisations"

In his new book, Islam expert Stefan Weidner shows how highly charged with ideology the debate about Islam and so-called "Western values" really is. Kersten Knipp read the book 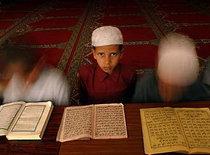 Selective empiricism: those involved in the debate on 'Islam and the West' on both sides tend to compare the best aspects of their society with the worst of the other

​​ The American political scientist Samuel Huntington passed away in December 2008. Did his now famous phrase, the "Clash of Civilizations", go to the grave with him? The German author and Islam expert Stefan Weidner doesn't think so. As indicated by the title of his latest book, Manual für den Kampf der Kulturen (Manual for the clash of civilizations), Weidner believes that civilizational clashes are not a thing of the past and will remain with us in the future. The big questions here are who will be involved in these clashes and where will the front lines be?

To begin with the conclusion reached in the book, the front line will not run between civilizations - i.e. not between the Arab and the Western world or the Muslim and the Christian world - but right through the worlds themselves.

The ignorance of the "excitation community"

In Germany, speaking out for or against "Islam" primarily feeds the appetite of millions of a certain type of media consumer, a group Peter Sloterdijk once referred to as the "excitation community".

The fact that in Germany at least, the alleged clash of civilizations is less of an inter-cultural and more of an inner-cultural phenomenon can be explained by one very simple fact: the vast majority of Germans know very little about Islam. According to Weidner, they know hardly anything about its history and its teachings and don't particularly want to learn either. 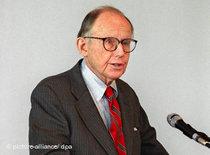 Contrary to Samuel Huntington's thesis, Stefan Weidner says that the alleged clash of civilizations is less of an inter-cultural and more of an inner-cultural phenomenon

​​ Even in those cases where they are interested in finding out more, a massive barrier prevents them from engaging directly with Islam: the Arabic language. Arabic is a well fortified stronghold that cannot be taken at the first attempt, or even at the second or the third. This means that Germans discuss in German the little they do know - or think they know - about Islam. Many Muslims, on the other hand, are bilingual (the legacy of European colonialism) and have an associated knowledge of other cultures. In this respect, they are far ahead of many Western citizens.

There are those who would object at this point that there are indeed problems and challenges. What about Islamic fundamentalists, sleepers, and those who sympathise with militant Islam? And what - to turn our attention away from Germany for a moment - about apostasy, i.e. the decision to renounce one's faith, a move that is not permitted in orthodox Islam? And what about stonings and fatwas, like the one Khomeini issued against Salman Rushdie 20 years ago? 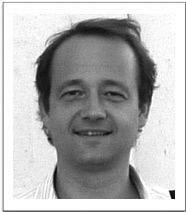 ​​ One of the major strengths of this book is that it does not ignore such cases or ashamedly sweep them under the carpet, but addresses them directly and in detail. Of course fundamentalists are a threat, but how much of the Islamic community do they actually represent? The victims of an attack may not care two figs about the answer to this question, but it is vital to consider it carefully nonetheless.

Can one draw conclusions about an entire religion on the basis of a group of terrorists? If one does, one risks overlooking all other groups and movements within that religion and, above all, the countless Muslims that distance themselves from the attacks and consider them despicable, as do most people in the West.

The same applies to stoning. It goes without saying that stoning is completely unacceptable. However, it must also be pointed out that it is being practiced less and less frequently. Even in Iran, stonings are becoming more rare, and soon - at least according to government sources - the practice will be abolished altogether.

It is reform efforts like this that make it problematic and above all futile to condemn Islam wholesale. Uninhibited disparagement of Islam of the kind posted by the mob on certain websites that regard themselves as "critical of Islam" are a dead end, both conceptually and politically. Nevertheless, this certainly does not mean that questionable positions are negotiable in any shape or form - a point Weidner emphasises unequivocally.

​​ In two of the strongest chapters of the book, "Universalists and relativists" and "The clash of civilizations and human rights", he discusses the dilemma of the relevant discussions, namely that relativists put themselves at risk of being suspected of at least tolerating human rights abuses. Weidner considers this a mistake. The fact is that they do not want to force through human rights as radically and definitely as the universalists, who do so - and this is the irony of the situation - in word only.

But words are patient. In the West one can insist upon the respect of human rights and create a good impression in doing so; yet this does not prevent these rights from regularly being ignored in the rest of the world. The universalist attitude is not pragmatic. On the contrary, it is highly ideological. But ideology gets us nowhere. Perhaps universalists will one day realise that their demands cannot be pushed through in their current undiluted form. However, if that day ever comes, the universalists will no longer be universalists.

This book demonstrates how highly charged with ideology the debate about Islam is. The reason for this is that those involved in the debate on both sides tend to compare the best aspects of their society with the worst of the other.

Many Western liberties and cultural achievements were only introduced after 1948 and granted fully and finally after 1968; in other words, they have not been in place for all that long. If one considers equality, for example, an area in which the West considers itself far more advanced than the Islamic world, the West cannot claim that this is a cherished and age-old tradition.

No understanding without an ability to make distinctions

In terms of a propensity to violence, most Europeans who belong to the post-war generation do not have any direct experience of war. This perceived peaceableness is, therefore, easily compared to the crises in the Islamic world. All too easily one forgets the military operations in Afghanistan and, above all, in Iraq. Moreover, it would be outrageous to claim that the Iraq War is an exercise in "Christian" aggression.

One would immediately call on those making such a claim to be more discerning in their judgements and not equate the fatal and cynical policies of the Bush administration with those of the entire Western world. However, it is exactly this kind of discerning judgement that is still missing from the West's appraisal of the Islamic world.

Stefan Weidner has written a subtle, observant, and above all clever book. He sees his opponents in both worlds, the Islamic and the Christian. These opponents are ideologists and agitators, all those who like things in bold black letters and despise the small print. Weidner plausibly and often amusingly illustrates just how flimsy and see-through their arguments frequently are. Islam is indeed a challenge, especially for our ability to make discerning judgements.

On the Death of Samuel Huntington
A Portentous Buzzword
This success is spectacular. How to account for the journalistic curiosity by which the headline of a political science essay became overnight the buzzword for an entire epoch? The recently deceased Samuel Huntington is a reception phenomenon in a class all his own. By Christian Geyer

Polarisation of the Islamic and Western Worlds
Us against Them
The longer we talk about identity conflicts in the West and the Islamic world, the more certain we can be that they will come about, writes journalist Robert Misik in his anatomy of a war psychosis