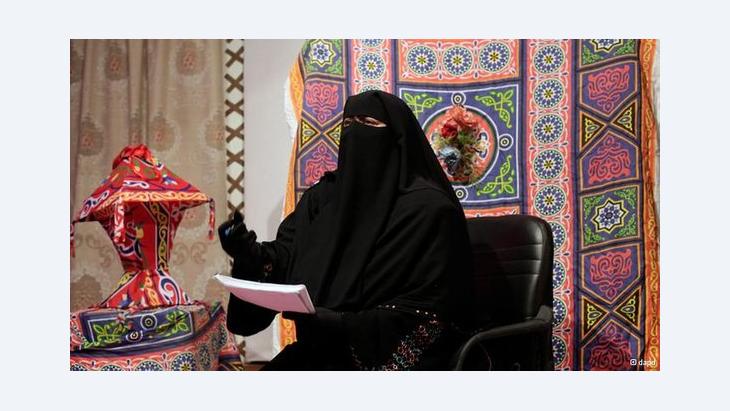 Fully Veiled and on Air

﻿Maria TV in Egypt has been on air for a month. Women completely covered in veils go on camera to deliver tips on topics like marriage and beauty. The success of the ultra-conservative broadcaster suggests a turn in Egyptian society

﻿It's just her brown eyes that viewers see - no part of her body. Abeer Shahin is clothed from head-to-toe in a black garment. Gloves cover her hands, and a scarf known as a niqab conceals her face.

Abeer Shahin works day-to-day as a moderator at Maria TV, a broadcaster for, and by, deeply conservative Muslim women. Maria TV has been on air for a month, and its employees wear the niqab both on and off camera. Under Hosni Mubarak's rule, that would have been unthinkable. Abeer Shahin views Maria TV as proof that the revolution in Egypt was a success.

"With Maria TV, we are fighting discrimination against fully veiled women," she said.

From beauty tips to faith

Maria TV aims to give conservative Muslim women more self-assurance by offering them advice with a solid basis in Islamic teachings. The broadcasts run for six hours daily, taking up topics like marriage, infidelity, raising children, managing a home and health and beauty. 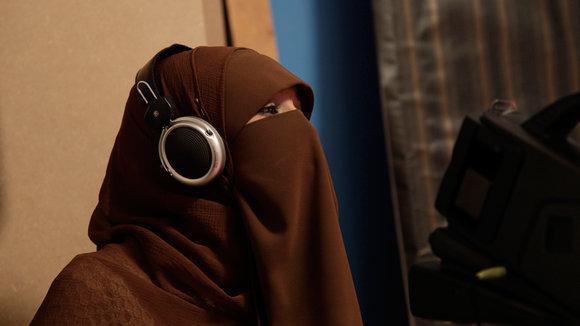 TV presenter Heba Seraj says that wearing the niqab is a religious duty. "That is written in Islamic law." - But academics argue that there is no mention of the niqab in the Koran, or elsewhere in basic Islamic writings

​​Men are barred from the shows, including from calling in. When female experts go on air, they must wear a facial scarf or be pixelated on air. Maria TV's producers see the niqab as a religious duty.

"There is only one way for a Muslim woman to dress appropriately," said Abeer Shahin. "She must wear the niqab. That is written in Islamic law."

Shahin believes only by way of the veil is it possible for people to judge a person, not based on appearance, but on character. However, the majority of Egypt's Muslims reject the veil. And Al-Azhar University, the highest teaching authority on religious questions within Sunni Islam, went as far as to ban wearing the niqab.

Maria TV targets just a small minority of Egyptians - some of whom say the broadcaster is not conservative enough. The women's voices could entice men, and, as such, should be voiced over with male voices, said one critic identified as Sheik Ibrahim.

However, many more Egyptians found Maria TV offensive for other reasons. Women's rights activist Sally Zohney initially opposed the channel, but she has come to see things differently. 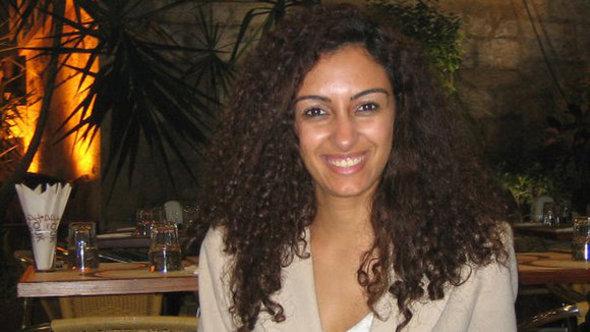 For years, Islam has gradually gained influence in Egyptian society. But Sally Zohney says the effects of that trend are just now being felt - due to the growing confidence of Islamists

​​"A lot of comments were like: This will encourage women to wear the veil or the full-face-cover. But at the same time as I'm asking for our rights to have very secular women, it's also their right to have their own representatives in the media," Zohney said.

Maria TV is named after Maria, a Coptic slave from Egypt, whom the prophet Mohammed liberated and then took as a concubine. The station's founder Ahmed Abdalla, known in the Salafist scene as preacher Abu Islam, has refused to state where the station's funding comes from. He went on air in 2006 with Ummah TV, a missionary channel. Mubarak's security personnel regularly went to the studio and confiscated cameras and computers, eventually imprisoning Ahmed Abdallah.

Islamist power on the rise

Today Ahmed Abdallah is a free man. He and other conservatives sense their time has come. They command women on the streets to wear headscarves, or unmarried couples not to hold hands. In the port city of Suez, a Salafist recently murdered a young man because he was sitting with his fiancée in a park at night - alone.

Before parliament was dissolved in February, Islamists had discussed whether women should be forbidden from applying for divorce and whether the age for marrying legally should be dropped from 18 to 12.

For years, Islam has gradually gained influence in Egyptian society. But Sally Zohney says the effects of that trend are just now being felt, due to the growing confidence of Islamists.

"It's a growing culture of headscarf and niqab, of teenage girls, of university students wearing the niqab, which I hadn't experienced when I was younger. It's just a trend that's come to the surface with the election of an Islamic president. It's making them feel more comfortable," Zohney said.

She and many other liberals are growing scared. Maria TV is a small and seemingly harmless change that reflects their concerns. But moderator Abeer Shahin is quite proud to be seen in television, even if she would be largely unidentifiable to her viewers on the street.

Home
Print
Newsletter
More on this topic
Mansoura Ez Eldin on Women's Rights in Egypt: Between Hammer and AnvilWomen's Rights in Post-revolutionary Egypt: A Second Revolt for Sheherazade's DaughtersAn Interview with the Egyptian Author May Telmissany: For Secularism and Civil Society
Related Topics
Freedom of religion, Islamism | Political Islam, Media in the Arab World, Sharia, Women in the Islamic world
All Topics

Archaeologists have uncovered the remains of an ancient city in the desert outside Luxor in Egypt. They say it dates back to the golden age of the Pharaohs more than 3,000 years ... END_OF_DOCUMENT_TOKEN_TO_BE_REPLACED

The Prophet Muhammad never executed anyone for apostasy, nor encouraged his followers to do so. Nor is criminalising sacrilege based on Islam’s main sacred text, the Koran. In ... END_OF_DOCUMENT_TOKEN_TO_BE_REPLACED

Surging coronavirus cases in many parts of the world have overshadowed the start of this year's Muslim holy month of Ramadan, with festivities once again curtailed by contagion ... END_OF_DOCUMENT_TOKEN_TO_BE_REPLACED

German Middle East analyst Guido Steinberg and television journalist Ulrich Tilgner have both published new books on the conflicts in the Middle East. Their analyses and their ... END_OF_DOCUMENT_TOKEN_TO_BE_REPLACED

Televised Turkish dramas are all the rage in the Middle East. A young Ottoman TV Empire has been expanding its soft power by harnessing regional dialects, Arabic names and viewers ... END_OF_DOCUMENT_TOKEN_TO_BE_REPLACED

Nawal El-Saadawi has died in Cairo at the age of 89. The prominent doctor, activist and author became internationally known for her outcry against female genital mutilation and ... END_OF_DOCUMENT_TOKEN_TO_BE_REPLACED
Author:
﻿Viktoria Kleber
Date:
Mail:
Send via mail

END_OF_DOCUMENT_TOKEN_TO_BE_REPLACED
Social media
and networks
Subscribe to our
newsletter