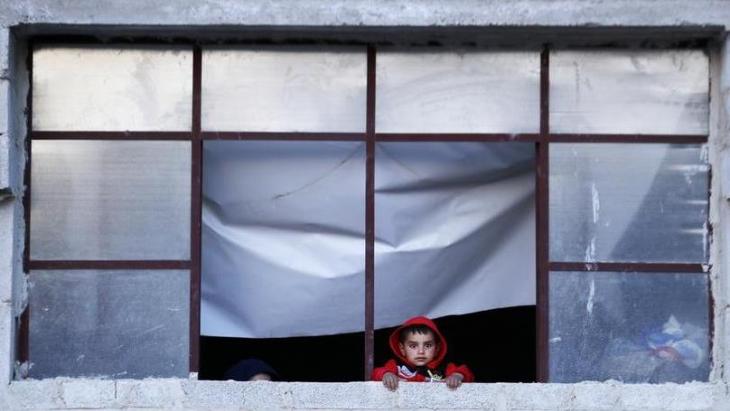 International donors have pledged aid to Syria as the conflict there enters its ninth year. Marianne Gasser, former head of the Red Cross delegation in Syria, knows how vital immediate help is from personal experience

The children in the streets were so malnourished that they hardly noticed our arrival. Skeletal children are a haunting image. But our aid trip to the Syrian city of Madaya in the cold of January 2016 left me with an even grimmer memory: a dark basement filled with hollow-faced children and catatonic elders, all of them cold, ill and hungry. Limp bodies lay on blue blankets on the floor of a makeshift subterranean clinic, hiding from aerial bombardment.

Syria is reeling from its eight-year conflict. Every single family in the country has lost a relative. No family has survived unscathed, whether by displacement, injury, death or disappearance. So many houses, hospitals, schools, and electricity/water facilities have been damaged or destroyed.

Syria needs help now. I would know. During the past eight years, most of them as head of delegation for the International Committee of the Red Cross, I saw the country traverse the seemingly thin line between pleasant peace and deadly destruction.

The need for a plan

A return to wider war is possible, maybe even likely, without a political breakthrough and a plan to rebuild the broken, both buildings and people. Answers must be given for the likely hundreds of thousands who have gone missing, separated families must be reunited and those suffering from psychological wounds must be supported before healing can take place.

In short, Syria's people must figure out how to co-exist. As aid workers, we can help in the short and medium term; I hope that the international community will make the commitments needed for a peaceful long term.

The trauma of Madaya is seared into my mind. During our visit, a mother of six whispered in my ear: "I just lost my eldest son. He was 17. Please help me to keep the remaining five alive.”

Another woman, smiling, leaned close and said: "You know what you have done, you people from the outside? By talking to us, by remembering us, you brought us back something else: our dignity. Thank you." 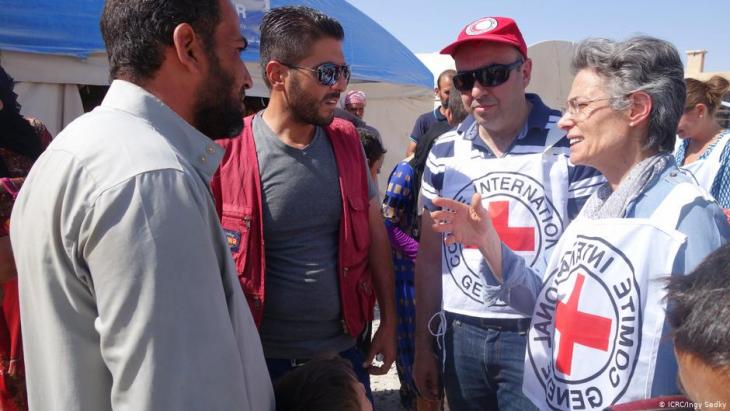 Syria needs help now: "a return to wider war is possible, maybe even likely, without a political breakthrough and a plan to rebuild the broken, both buildings and people. Answers must be given for the likely hundreds of thousands who have gone missing, separated families must be reunited and those suffering from psychological wounds must be supported before healing can take place," writes Marianne Gasser

Damascus was modern, vibrant and beautiful when I began as ICRC's head of delegation in 2009. No one knew Syria was careening toward misery. In mid-March 2011, violence started in a town called Deraa an hour outside the capital. One year later fighting had spread throughout the country.

The devastation and the number of people killed, injured and displaced was heart-breaking. Farmlands became frontlines. Olives became a dietary staple. Millions of people were displaced, half of Syria's population. Millions.

For children, school became a distant memory. Mathematics, history and science were replaced by lessons of war: run, hide, grieve and survive. So many children under the age of eight have known nothing else.

Home
Print
Newsletter
More on this topic
Rebuilding Syria: Who should foot the bill for Assad?Non-fiction: Rania Abouzeidʹs "No turning back": The humans behind the headlinesWar reporting: Facts must be respected – even in Syria!
Related Topics
'Islamic State' | IS, Arabellion, Assad regime, Human rights, Humanitarian aid, Syrian Civil War, Syrian opposition
All Topics

The French-Algerian poet Habib Tengour delves deep into the Persian Middle Ages, describing a legendary alliance of men that creates a fateful bond between a religious terrorist, ... END_OF_DOCUMENT_TOKEN_TO_BE_REPLACED

While some are beginning to protest the lockdown, others are unable to bury their loved ones in accordance with Islam. Here’s the latest from across the region END_OF_DOCUMENT_TOKEN_TO_BE_REPLACED

Coronavirus is also spreading in Iraq. This didn't stop hundreds of thousands of pilgrims travelling to a Shia shrine, however. The nation's health system has already conceded it ... END_OF_DOCUMENT_TOKEN_TO_BE_REPLACED

Coronavirus continues unabated. Iran remains a hub of infection, war-torn Syria has recorded its first case and Yemen is bracing itself for the worst. Here’s the latest from ... END_OF_DOCUMENT_TOKEN_TO_BE_REPLACED

Going by the official numbers, Turkey is doing well, especially in comparison to other countries. But does this impression correspond to the reality? There are significant reasons ... END_OF_DOCUMENT_TOKEN_TO_BE_REPLACED
Author:
Marianne Gasser
Date:
Mail:
Send via mail

END_OF_DOCUMENT_TOKEN_TO_BE_REPLACED
Social media
and networks
Subscribe to our
newsletter