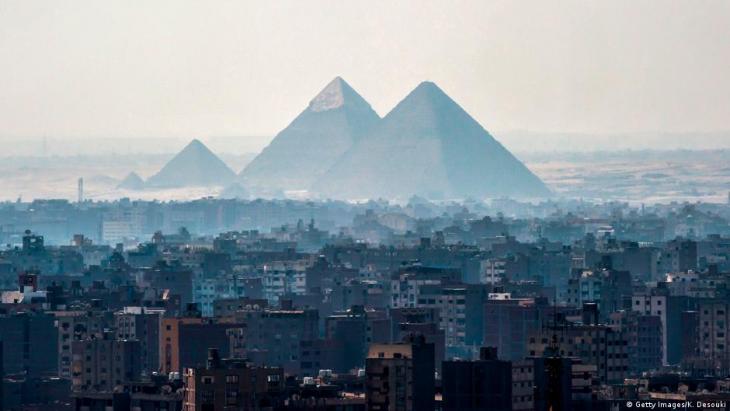 In this unusually beautiful book of images and text, published in German and Arabic, artist Marianne Manda presents her own unique take on the megacity of Cairo. In over fifty portraits, she offers a touching insight into the lives of those who inhabit this metropolis of millions. By Volker Kaminski

Abdul Munaim El Ahmed and Adil Abdul Fatah Ahmed Ibrahim "are partners in the service sector. They work with dignity. They work primarily with the colour black. They shine shoes". This is how Manda begins her portrait of two of the poorest Cairo citizens featured in her book. The tone exemplifies the author’s human perspective on those portrayed. Her genuine interest in their activities is what enables her to get to know them.

We discover that the cousins Abdul and Adil left their village in Upper Egypt as children, that Abdul’s father had to feed a family of eight as a street cleaner and that the cousins have now been doing their strenuous job for 15 years. While they’ve been shining the shoes of businessmen, they’ve ruined their health "from sitting on cold pavements and draughty corners" to the point that they’ve already got arthritis at the age of 55. But still, determinedly "cheerful", they not going to let that "spoil" the day.

The "heroes" to whom Manda has dedicated her book pursue mainly traditional professions, most of them handed down from grandfather to son and grandson: grocers, bakers, tailors, florists, tea house waiters, necklace sellers, picture frame joiners – all of them businesspeople you might meet yourself on a stroll through the shopping streets of Cairo. Through the author, we discover more of them: we meet Tariq Said, who practices the dying craft of lampshade-making and tells of declining orders and growing poverty at home. The main beneficiaries of the "Arab Spring" are the police and the military, but not the people, he says.

Will these traditional professions survive?

Even a staunchly traditional society like Egypt's is currently undergoing profound change, threatening the survival of many traditional professions. Nowadays, anyone working as a presser has to work on the street and set up his ironing board out in the open. Rida Hamid Said Sakr still stands on the pavement every day and runs his hot iron over shirts and trousers. Fortunately, he’s not always alone, neighbours and friends come and sit with him and keep him company – "sometimes even into the night." 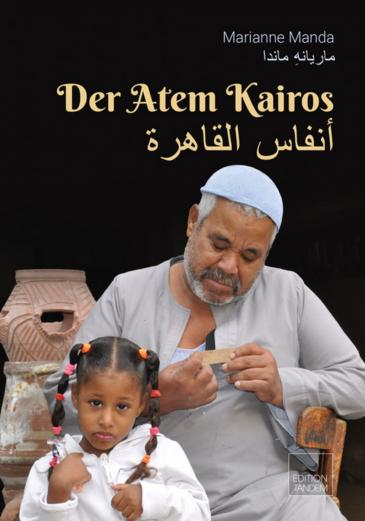 Marianne Manda's close-up on the everyday lives of Cairenes: the presser who sets up his ironing board on the street every day, the shoe shiners who sit on the pavements day in, day out waiting for customers… they all struggle with poverty and difficult living conditions

Each of the brief portraits is followed by photos (many taken by the author herself), showing the subjects at work. But the photos remain discreet; the people portrayed, their workshops and stores are not put on show like exhibition objects.

Manda emphasises that though her "journey of discovery" through Cairo represents a "research undertaking in an unfamiliar realm", there is nothing folkloristic about the "daily battle" of many Egyptians doggedly committed to simply "surviving". Although she herself is German, the Middle East – and Cairo in particular – became her second home a long time ago. "I see with my heart. And observe the culture that is alien to me from the outside," she says.

The starting point for Manda’s project was a conscious choice – her own place of residence. She lives in downtown Cairo in the Bursa El Gedida, a bustling commercial street where she knows most of the store owners. She passes by their businesses every day; as a result they were willing to be featured in her book.

Kaleidoscope of an incomparable city

With a keen sense for unusual accents, Manda accompanies her "heroes" through the everyday, for example a taxi driver “in retirement" who is an expert on the “swarm mentality” of road users in the "Cairo chaos” and who for many years, collected his international guests from the airport and transported them safely to destinations across the city. Now he’s still dreaming his final dream: a pilgrimage to Mecca. "There he’ll join the swarm of people, praying as they circle the Kaaba."

One of the most charming aspects of the book is that Manda frequently embeds her portraits in little sociological and historical observations. For example, under the heading 'bread', she explains how it has traditionally been made for thousands of years and states that bread has "stood for nourishment, for food, since time immemorial. It can satiate one’s appetite."

Similarly interesting is her portrayal of working processes at a pharmacy, where there will usually be a practicing doctor on site to examine customers. On a visit to an unusual zoo near Cairo, Manda does not start with the zoo manager, but first refers to the creation myth and tells of Adam and Eve in a paradise populated with animals.

Manda has evidently learned the art of digression from Middle Eastern storytellers. Despite this, she doesn’t lose herself in the jungle of the metropolis, but each time cleverly homes in on her chosen person. That her featured individuals include a German journalist, a Greek-American conductor, a German ambassador and an Austrian philosopher and Sufism devotee, enhances the cosmopolitan appeal of this astonishing kaleidoscope of an incomparable city.

It is rare for a book to bring us closer to a mega city such as Cairo in such a congenial, informative way. On every page, we sense Manda’s fondness for this city and its people. The result is a magical illustrated volume that invites us to embark on an imagined journey through a vital, flamboyant city overflowing with human destinies and everyday heroes.

Since President Abdul Fattah al-Sisi seized power in Egypt in 2013, he has ruled the country with an iron fist. Civil society, opposition and free press struggle to survive. Tens ... END_OF_DOCUMENT_TOKEN_TO_BE_REPLACED

The lack of grain supplies from Ukraine is forcing Egypt to act. Now even the Toshka project is being revived to grow grain in the desert. Birgit Svensson travelled to see it END_OF_DOCUMENT_TOKEN_TO_BE_REPLACED

A stage, lights, a mesmerised audience: it looks like an Egyptian folkloric concert, but Umm Sameh is singing to heal the sick by driving out the demons that possess them END_OF_DOCUMENT_TOKEN_TO_BE_REPLACED

Russia's ranking on the World Press Freedom Index has fallen again over the Kremlin's wartime censorship of the Ukraine conflict. From Myanmar to Mexico, journalists continue to ... END_OF_DOCUMENT_TOKEN_TO_BE_REPLACED
Author:
Volker Kaminski
Date:
Mail:
Send via mail

END_OF_DOCUMENT_TOKEN_TO_BE_REPLACED
Social media
and networks
Subscribe to our
newsletter