Marjane Satrapi
East Is Not East, West Is Not West

In the cartoon novel "Persepolis," Iranian illustrator Marjane Satrapi has created a sensation with the story of her childhood in Iran. The book has been translated into several different languages and has met with enthusiastic acclaim. By Petra Tabeling

In the cartoon novel "Persepolis," Iranian illustrator Marjane Satrapi has created a sensation with the story of her childhood in Iran. The book has been translated into several different languages and has met with enthusiastic acclaim. Petra Tabeling spoke with the artist 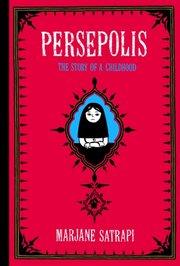 ​​Teheran at the end of the 1970s: Satrapis tells the story of a little girl who goes to school like everyone else and wears normal clothes, but who leads a very different life. While her parents are demonstrating against the Shah in the streets of Teheran, she plays revolution in the yard with her friends.

After the founding of the Islamic Republic, relatives and friends of the family disappear. Marji, the little girl, suddenly has to wear a headscarf. She is constantly asking why. By the end of the book, Marji has become a teenager. At age fourteen her parents send her to Austria to live with her aunt. That was in 1984.

Today, this little girl is a 34-year-old illustrator who lives in Paris, mostly working on children's books. But then she decided to illustrate her own history – the history of her country of origin. Her motivation was her own frustration at the way Iran, religion and Muslims are represented in the media.

That was four years ago. "Persepolis" has been a great success in France, selling over 200,000 copies of the original book, which has been followed by three new volumes. In March the first two volumes about Satrapi's childhood were released in German translation.

The memories of an entire generation

Satrapi makes one thing quite clear from the beginning: the book "Persepolis – The Story of a Childhood" tells her own story. She does not claim to speak for an entire generation. But the impact of her story is due to the fact that so many Iranians who grew up in Iran in the 70s and 80s can identify with it.

​​But "Persepolis" has aroused interest and mixed feelings among a readership far wider than just her fellow Iranians. This is because the story is so vivid it allows even outsiders an understanding – if not of the complexity of the events depicted, then at least of the dramatic social and political upheaval in Iran's recent history: the Shah's rule, the end of the Peacock Throne and the establishment of rule by the Mullahs, as well as the Iran-Iraq War, which left a trail of destruction in Teheran.

What becomes clear from her story is how much people like Marjane and her family suffered from the events of the 1970s and 1980s in Iran. Marjane's family belongs to the upper class; she is the descendent of a Persian ruling family.

Marjane is raised in an enlightened liberal family that is involved in opposing the corrupt regime of the Shah. Her grandfather dies after a long prison sentence, and the entire intellectual circle of friends and relatives of her parents are in prison. But daily terror continues after the revolution under the rule of Islamists.

East is not East, West is not West

Satrapi is a pacifist. She condemns every politicized attempt to paint the East and West in black and white: "If something bad happens in the East, it is immediately related back to religion. But I do not believe that it is a part of European culture that European Christians murdered in the name of Jesus Christ. Just because there are religious fanatics in a society does not mean that they are a part of the culture."

The Iranian artist believes more in cultural similarities between the Orient and Occident than in the differences that separate them: "One is always either Western or Eastern in relation to someone or something. We are much closer than we think. Some Europeans still believe that European mythology has its roots in Greece. But no one knows that much of it originated in Iran." 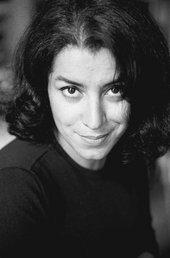 ​​For Satrapi, the most important thing is understanding people, understanding that they are all similar, regardless of which country they came from. The art of cartoons is her way of emphasizing this: "I think that the language of comics is universal and international. The feelings can be understood by everyone, no matter which culture they are from.

A person laughing or crying means the same thing everywhere in the end." Satrapi has been living and working in Paris for years. After her stay in Austria she returned to Iran for a few years before she emigrated to Europe again. Her parents still live in Iran.

Satrapi, who portays herself as a pert, difficult and curious girl in the cartoon novel, is ambivalent about the idea of returning to Iran. "I often speak about Iran, about the false images and the clichés, but the last twenty-five years since the revolution are a heavy weight on my shoulders."

But today there is a new generation of young people in Iran who do not carry the burden of the past with them, and this gives the thirty-five-year-old artist hope. Two-thirds of students are women, and the younger Iranians are more open and modern.

They have access to high technology and the internet and are active as musicians, authors and artists: "Above all, the artist's scene in Iran is very socially engaged, although artists don't always have it easy in Iran," says Satrapi. The exhibition "Entfernte Nähe" on Iranian art currently at the Haus der Kulturen der Welt in Berlin is a sign of this, according to Satrapi, who was also involved in the exhibition.

Recreating the world of Iran in the 1970s and 80s in a comic book and thereby giving representation to the social realities of that period offers us a unique means for understanding the childhood Satrapi experienced in Iran.

This is thus also a book for adults. With simple, contrasting images, Satrapi is able to sketch complex historical events in a manner that avoids prejudices.

She creates a familiar face to illustrate the abstract historical relations behind her own biography. Perhaps that is why her book has been so successful – and is even now being translated into Japanese and Hebrew. A German translation of the next sequels to "Persepolis" will also be published by the end of the year.

END_OF_DOCUMENT_TOKEN_TO_BE_REPLACED
Social media
and networks
Subscribe to our
newsletter