Market Liberalisation in Syria
Taking the Back Alley toward Change

The policy of privatisation and opening up the markets in Syria is bringing substantial social problems in its wake – but at the same time an almost imperceptible relaxing of political repression. Antje Bauer reports from Damascus

The Syrian economy is officially based upon the Socialist ideology defined in 1958, but slowly and silently, the country is taking the road to reform (photo: Antje Bauer)

​​A hot, olive-green-coloured mush wobbles in a concrete tank. The rusty iron ladder leading to the tank, the barrels of oil and soda, the floor, blackened with age – everything is slick and slippery, because soap is being made here, the famous olive oil soap from Aleppo. In a few hours, the viscous soapy soup will be conducted into a neighbouring vault and cut by hand into blocks before it solidifies. "I've been making soap for 70 years," says Abdul Badih Zanabili, owner of the factory. "There are different kinds, depending on how much bay oil you put in it, but the production process has been the same for centuries."

That's just the problem. Because what's sold today in Europe's whole-food shops as an especially natural soap is fast becoming a product only for the poorer segments of society in Syria, the country where it's made. The unwieldy greenish yellow chunks, which always smell the same, simply can't compete with the chemically scented variety of soaps from China.

Tough competition from the Far East

Aleppo soap is a prime example of how the Syrian economy has evolved in recent years. Modernization, the opening of markets and increasing privatization: this has been the mantra of Syrian economic policy for some time now. More and more goods, particularly from the Asian region, are flooding onto the formerly insular Syrian market, crowding out small indigenous enterprises. This can also be seen in the textile industry, the country's second most important export sector after oil.

Adil Rishi operates a small textile factory before the gates of Aleppo; he sells his goods to the neighbouring Arab states. "The Chinese imports are hurting our business," he admits. "Their products don't have our quality, but they are cheaper. Since most Syrians don't earn much, they prefer to buy the Chinese goods."

A jagged tear in the social net

​​The government's partial withdrawal from the market is driving unemployment upward. Officially, the unemployment rate is eleven percent, but off the record it's estimated to be more like 20-25 percent. The same low wages now have to go toward meeting increasing costs, with ever fewer subsidies available to fill the gap. Large portions of the population are facing poverty. At the same time, a new class of wealthy Syrians is emerging.

"The network of social solidarity is ripping, since it was wholly based on the role of the State, and nothing has risen up to replace it," explains Samir al-Taqi, director of the government-associated think tank "Orient Center
for Studies" in Damascus. "This is a major problem, and I think that Syria will soon be facing huge challenges on this front."

In downtown Aleppo and Damascus there is ample evidence of these developments. Gray, dust-covered buildings with crumbling plaster and boarded-up windows are interspersed, as if by photomontage, with colourful, brightly lit houses emblazoned with the logos of well-known chain stores like Benetton and NafNaf. In cafés called "Inhouse Coffee" a coffee with milk costs as much as a complete lunch at one of the traditional restaurants – and the typical Arab mocha is not even on the menu.

The transformation from a state-controlled but unproductive economy to one that is at least partially privatized, and is under pressure to renew itself, was in any case unavoidable. In Syria this change is being made with sufficient care to at least cushion somewhat the impact of the deep-reaching social fault lines that shook the formerly socialist states of the Eastern Bloc. A positive side effect is that the economic opening is having the effect of loosening the government's grip on society.

"We who live here and read the newspaper and watch television can tell that something has changed in the past few years," comments Ibrahim Hamidi, Syrian correspondent for the Arab daily paper al-Hayat. "There are private banks, private universities and schools, modern cafés. Classes are taught in English. There is internet access and private media." Although the regime is trying to keep close watch over the new media, it has not been able to control them completely. There seems to be greater tolerance in particular as regards economic themes: for example, in the monthly English-language magazine Syria Today, the administration's lack of economic flexibility is openly criticized.

Tough on democrats, easy on the Muslim Brotherhood 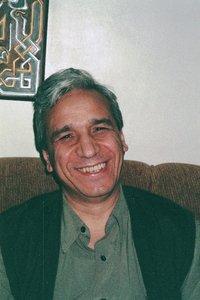 ​​By contrast, the regime still reacts with knee-jerk repression against the opposition. Just recently, twelve signers of the "Damascus Declaration," which called for a multiparty system, democracy and the repealing of the emergency laws that have been in effect since 1963, were each sentenced to two-and-a-half years in prison – a judgment that was interpreted in Syria as "especially mild."

In the course of 45 years of dictatorship by the Assad dynasty, Syrians have been forcibly depoliticized, and the left-wing, secularized democrats in particular find little support amongst the population.

"Following independence, Syria had a very active political life. But by now the grass-roots basis for political activities is smaller than ever," laments Yassin Haj Saleh, who signed the Damascus Declaration. Against this backdrop, the Islamists could prove to be more of a political threat, profiting from the conservative social trend in Syria. The regime is trying to keep them in check by mercilessly pursuing Islamists, but it has on the other hand taken up talks with the banned Muslim Brotherhood in an effort to foster integration.

On the whole, the Syrian government seems to be trying to open up the economy while maintaining political control – a model that China is likewise pursuing. Just like in China, however, privatization is picking up its own momentum, which is in turn affecting other areas of society. A policy of sanctions and threats, like the one the USA in particular has practiced toward Syria in recent years, jeopardizes this development. That's why even a dissident like Yassin Haj Saleh declares that:

"It would be good if the West would invest here to strengthen the economy. And if the Syrian-European partnership agreement would be signed. This kind of involvement would give the West some leverage to influence the Syrian regime's behaviour at home and in the region."

Antje Bauer, born in 1954, studied Political Science, Romance Languages & Literature, and Arabic and Islamic Studies in Giessen, Rome and Berlin. She has worked as freelance journalist for various newspapers, and was editor-in-chief of the German edition of "Le Monde diplomatique" from 1995 to 1999. Since the 1990s she has worked primarily in radio, reporting on Turkey, the Middle East, Central Asia and Afghanistan.

Economic Development in Syria
Crawling towards a Market Economy
Syria would have to liberalise its economy swiftly in order to avert collapse. But the reformists are hampered by the rusty structures left behind by 40 years of socialism. Gabriela M. Keller reports

EU-Syrian Relations
Acting in Good Faith
Despite the fact that Syria is a pariah of the international community, the EU has granted Syria millions in aid money - on the condition that it be used for the promotion of good government, social development and equitable economy. Tiziana Sforza reports

EU Agreement with Syria
Still Reaching Out
While the USA is keeping up the pressure on Syria, Europe is still working to intensify relations, with the EU partnership agreement. Following the elections in Lebanon, the last hurdle is coming up: the approval of all 25 of the EUs' foreign ministers. Manuela Römer reports from Damascus

END_OF_DOCUMENT_TOKEN_TO_BE_REPLACED
Social media
and networks
Subscribe to our
newsletter