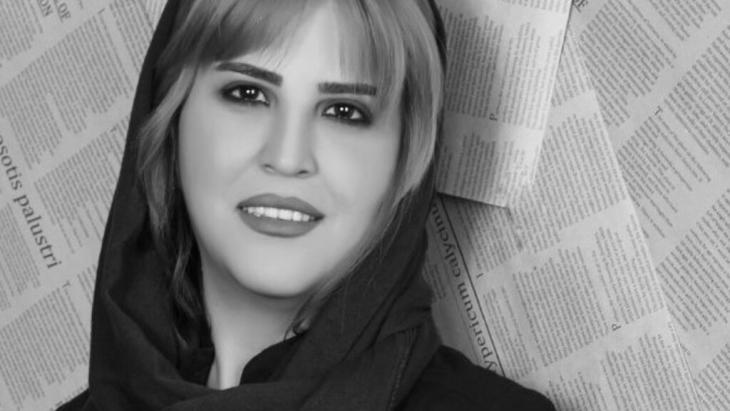 In her debut novel "Ungebremst durch Kermanschah", Maryam Djahani draws readers into the life of a young woman desperate to assert herself against Iranian provincialism and her family. Gerrit Wustmann read the book for Qantara.de

"My town is a village, surrounded by snow-capped mountains," says Shohre, a taxi driver in her early thirties. It is her dream job. Still, she recalls that even back in primary school, whenever she mentioned what she wanted to be when she grew up, people looked at her askance. Quite askance. The teacher, her entire class.

Her town is the metropolis of Kermanshah in Iran. Yet it remains a village – in terms of mentality, that is. Shohre is the protagonist in Maryam Djahani's debut novel "Ungebremst durch Kermanschah", which was published in German translation in October 2021.

In a way, this book is something of a sensation. Young contemporary Iranian literature is usually only published in German if the author lives in exile in Europe or America – and then there is usually more talk about politics, flight and repression than about literature. Young Iranian voices, born after the 1979 revolution and raised in the 21st century, are nowhere to be found on the German book market. Until now. Maryam Djahani was born in 1986.

She wrote poetry as a teenager. She now has two novels and a collection of stories to her name. Finding books like this requires mediation. According to Sujet Verlag in Bremen, this came through the Iranian bestselling author Fariba Vafi, whose books are also published in German there – three novels so far, most recently "Der Traum von Tibet" (2018).

Not a capital city novel: Kermanshah is province

What is more – unlike most Iranian literature in translation – the book is not set in the capital city, despite the fact that Kermanshah not only shares its northern location and the snow-capped peaks with Tehran, but also the cold, snowy winters that form the setting of the book. 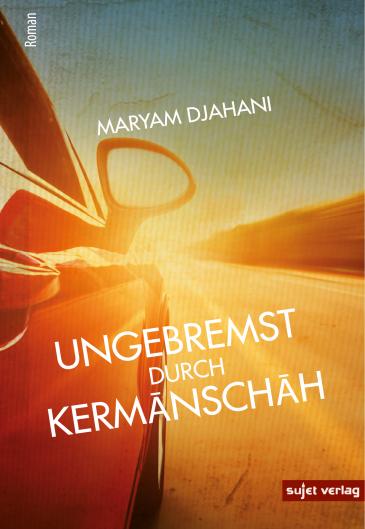 With "Ungebremst durch Kermanschah", Maryam Djahani has written an interesting and readable book whose only weakness is the German translation, which is a bit ropey in places – but this is by no means the author's fault and does not make the novel any less relevant. Shohre is a remarkable character, not least because she allows the reader to partake in the lives of young people in Iran. Thus, the novel provides a glimpse behind the scenes in a country about which many cliches circulate, but of which few in Europe have a realistic picture – due not least to the lack of young Iranian literature available in German. All the more reason to hope that this novel will be followed by others

Shohre steers her taxi unerringly through the chaotic city traffic, listening to hip-hop and Kurdish rock music. Of course she changes any flat tyres herself, silencing the muttering youths looking on. Women who choose her cab are immediately delighted, while men who drop snide remarks about female drivers get a taste of her ready wit.

The men here have a crofter mentality, she says. The big smoke Kermanshah, a haven of conservatism. It was Shohre's father who always supported her and came in for hefty criticism as a result.

It seemed everyone was out to tell him how to raise his daughter. He never let it bother him. But Shohre's father is dead. And her mother? "The day I became a taxi driver, mother said, 'Give it four years, and I guarantee you'll regret it. No man will want to get involved with you."

It is her mother, of all people, who cannot cope with the fact that her daughter has a mind of her own and is determined to fly in the face of social and familial convention.

Shohre did try the marriage thing, but quickly divorced, as did her cousin Mahbube, who has taken refuge with her and is fighting her ex-husband for custody of their daughter, suffering from not having seen her child for months.

The pulse of the city and an entire society

Mahbube, it seems, is her only close confidante. On the other hand, the conversations she has in the taxi are formative: they are the pulse not only of the city, but of an entire society. People talk openly in her taxi; it is a closed space – what is said in the taxi stays in the taxi. Most of the time, anyway. And so these brief encounters almost become the secret protagonist of the book, alongside the snowy streets and alleys, alongside the taxi itself, which Shohre has christened "Elisabeth".

Life on the street: one loneliness among many. But less lonely than Shohre was in her marriage: "One morning I felt like I had just woken up from a thousand-year sleep, in a strange place. The furniture was oppressively strange. I didn't recognise the cheerful shade of Hamed's T-shirt or his cream-coloured trousers. I felt I didn't know him or this flat." It's not a feeling she has behind the wheel. At the wheel, she is in control, which was probably a contributing factor in her early career choice: being able to set the direction herself. To know the route better than her passengers. To set the price.

But something is bubbling up inside Shohre. Something from long ago that won't let her go. Which is why she keeps driving past the cemetery, pausing to look at the dead...

With "Ungebremst durch Kermanschah", Maryam Djahani has written an interesting and readable book whose only weakness is the German translation, which is a bit ropey in places – but this is by no means the author's fault and does not make the novel any less relevant. Shohre is a remarkable character, not least because she allows the reader to partake in the lives of young people in Iran. Thus, the novel provides a glimpse behind the scenes in a country about which many cliches circulate, but of which few in Europe have a realistic picture – due not least to the lack of young Iranian literature available in German. All the more reason to hope that this novel will be followed by others.

Maryam Djahani was born in Kermanshah in 1986. She studied literature and has so far published two novels and a volume of short stories. She has received numerous literary prizes; for the novel "Ungebremst durch Kermanschah" she was awarded the prestigious Djalal Aleahmad Prize.

In her latest exhibition in Japan, Farzaneh Khademian depicts figures who seem detached from their surroundings. In interview with Qantara.de, the Iranian photographer and painter ... END_OF_DOCUMENT_TOKEN_TO_BE_REPLACED

The catastrophic human rights situation in Bahrain is being largely ignored by the rest of the world. Despite all the damning evidence, which includes a Human Rights Watch report ... END_OF_DOCUMENT_TOKEN_TO_BE_REPLACED

Talks to salvage the 2015 Iranian nuclear deal have entered their eighth round in Vienna. Even if a deal is struck and some of the sanctions are lifted, the state of the Iranian ... END_OF_DOCUMENT_TOKEN_TO_BE_REPLACED

Every year in December, the team at Qantara.de takes a look back at the articles that proved most popular with our readers. This year is no different. Here is a run-down of the ... END_OF_DOCUMENT_TOKEN_TO_BE_REPLACED

Four musicians – two Iranian, two Indian – have created an album of music inspired by the poetry of Rumi. Like the poet's works, the album advocates tolerance, inclusivity and ... END_OF_DOCUMENT_TOKEN_TO_BE_REPLACED

END_OF_DOCUMENT_TOKEN_TO_BE_REPLACED
Social media
and networks
Subscribe to our
newsletter