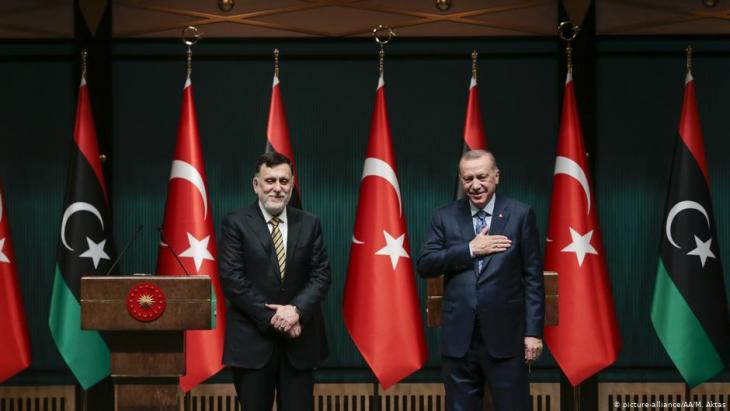 In the age of corona, Ankara's regional power strategy is twofold: on the one hand, Turkey is engaged in a charm offensive to revamp its political image, which has suffered lately in certain quarters. On the other, President Erdogan is pursuing a tough policy of interests backed up by military force. By Ronald Meinardus

"We are not the wealthiest country in the world, but we are the most generous," remarked Foreign Minister Mevlüt Cavusoglu in the early days of the coronavirus crisis. Turkey continues to supply medical equipment on a large scale to many countries around the world. Ankara's public relations have made much of this "mask diplomacy". In detailed press reports, government-affiliated media have proudly claimed that two-thirds of the world has asked for help, resulting in medical equipment being duly delivered to 81 countries to date.

Over the course of the COVID-19 crisis, the newsworthiness of the war in Syria, long the epicentre of Turkish foreign and military policy, has declined somewhat. The ceasefire arranged between Erdogan and Putin at the beginning of March seems to be holding, with the warring parties taking a breather.

But the current state of calm is deceptive, with little prospect of lasting. The causes of the conflict have not changed, and the country is still far from finding a political solution to its long-drawn-out civil war.

Meanwhile, Turkey is taking advantage of the ceasefire to re-arm in the territories of Idlib province under its control. The military has dispatched 10,000 troops to Idlib, plus a number of tanks and vehicles as well as state-of-the-art air defence systems, reports the information portal Al Monitor. The introduction of the Turkish lira as currency in parts of northern Syria is a further indication that Ankara aims to further cement its influence. 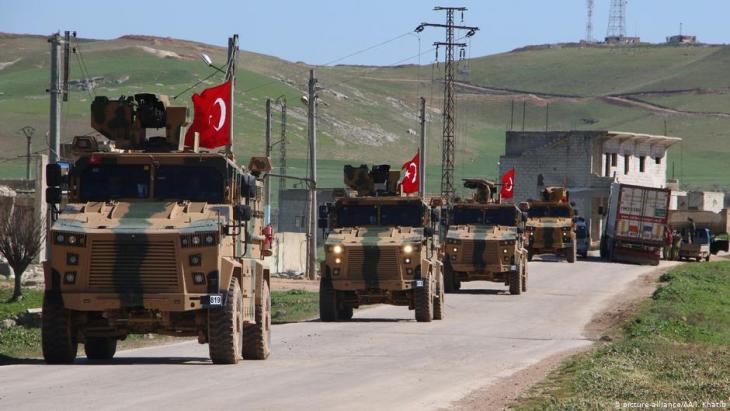 Reorientation of Turkish foreign policy: " Over the course of the COVID-19 crisis, the newsworthiness of the war in Syria, long the epicentre of Turkish foreign and military policy, has declined somewhat. The ceasefire arranged between Erdogan and Putin at the beginning of March seems to be holding, with the warring parties taking a breather. But the current state of calm is deceptive, with little prospect of lasting. The causes of the conflict have not changed, and the country is still far from finding a political solution to its long-drawn-out civil war," writes Meinardus

The international community has been hesitant to put up resistance to Erdogan's policy in Syria. The Europeans for their part are evidently loath to tangle with the Turkish leader over Syria: "European countries appear happy enough with the gradual 'Turkification' of regions in Northern Syria west of the Euphrates," writes Semih Idiz in Al Monitor. "That complacency is driven mainly by a deep-rooted fear of a fresh flood of refugees heading to Europe.”

You may also like: How can Europe help prevent the carving-up of Libya?

In the meantime, Turkish foreign policy has shifted its focus from Syria to Libya and the adjacent territorial waters: "Libya is the top item on Turkey's foreign policy agenda," writes Burhanettin Duran in the pro-government paper Daily Sabah. Erdogan is playing for high stakes in Libya. But current developments show that he has put his money on the right card.

In the autumn of last year, Turkey concluded two far-reaching agreements with the Libyan unity government, which is currently under considerable military pressure. The treaties involve the demarcation of the territorial waters between Libya and Turkey and the provision of military assistance.

The outpouring of solidarity worldwide following the violent death of George Floyd should prompt us to step back and fundamentally question racist structures and privileges based ... END_OF_DOCUMENT_TOKEN_TO_BE_REPLACED

Has it ever crossed your mind that you are eating plastic on a daily basis? That you are drinking it? Apart from the thousands of trending pictures and videos on social media of ... END_OF_DOCUMENT_TOKEN_TO_BE_REPLACED

Libya's plight resembles that of other war-torn countries in the Greater Middle East: internal conflict has spiralled out of control because of misguided foreign intervention. ... END_OF_DOCUMENT_TOKEN_TO_BE_REPLACED

The Arab world suffers from a system in which people are intolerant of "the other". This racist environment contributes to the growth of hostility and antagonism towards anyone ... END_OF_DOCUMENT_TOKEN_TO_BE_REPLACED

Why do so many people in Arab countries trust the armed forces, even though most armies in the region are highly corrupt? Abdalhadi Alijla has the answers END_OF_DOCUMENT_TOKEN_TO_BE_REPLACED
Author:
Ronald Meinardus
Date:
Mail:
Send via mail

END_OF_DOCUMENT_TOKEN_TO_BE_REPLACED
Social media
and networks
Subscribe to our
newsletter