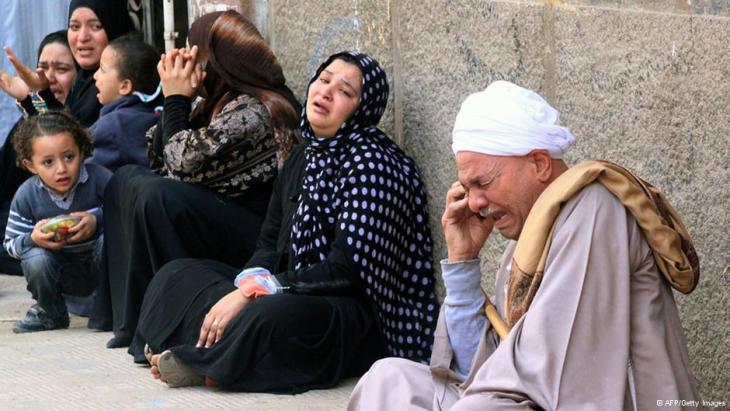 Earlier this week, an Egyptian court sentenced over 500 Muslim Brotherhood supporters to death in a case that lasted less than two days. According to Loay Mudhoon, this ruling is the work of a politicised judiciary and could destroy any chance of national reconciliation

Egypt's notoriously slow-moving justice system has rarely been so "effective". Judges presiding over a summary trial in the Upper Egyptian city of Minya sentenced 529 supposed supporters of the Muslim Brotherhood to death for their alleged participation in the murder of a policeman.

They needed just two days to get through this mass lawsuit; the court evidently felt there was no need to grant the defence a hearing. Although the convicted individuals can lodge an appeal against this unprecedented, scandalous sentence, one thing is already certain: Monday, 24 March 2014 will be remembered as a dark day in the history of the Egyptian judiciary.

The death sentences disregard all internationally recognised minimum standards for the rule of law and fairness. They also signal the demise of a once-proud justice system. But more importantly, the sentences are the work of a politicised judiciary that is acting as an instrument of revenge on behalf of the country's new power: the military and the oligarchy. 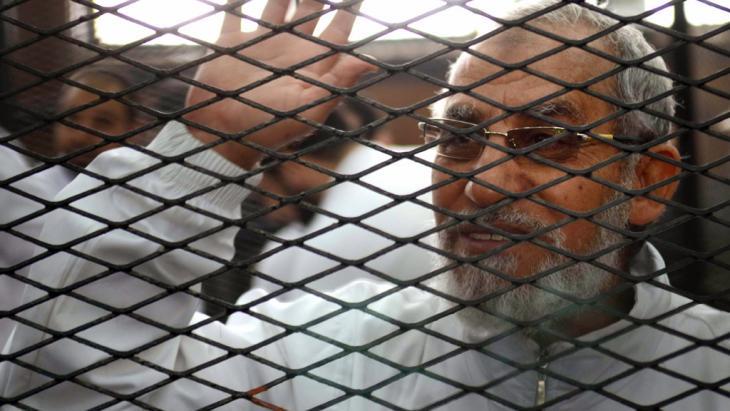 The fall of the Muslim Brotherhood

The death sentences are the latest chapter in the Egyptian military regime's systematic criminalisation of the organisation that gave birth to political Islam. They threaten to destroy forever any chance of national reconciliation and a genuine new beginning in Egypt following the overthrow of the former president, Mohammed Morsi.

This policy of demonising the Islamists – which goes hand in hand with the repression of secular and democratic forces in a climate of fear and hysteria – is likely to jeopardise the future of what is the world's largest Arab country.

It is simply naïve to believe that a mass organisation like the Muslim Brotherhood, which has such deep roots in the Egyptian population, can be eliminated by force alone. Additionally, alarming reports from human rights organisations have documented a massive increase in systematic torture in the country's prisons since Morsi was overthrown in July 2013. Even the Egyptian National Council for Human Rights recently criticised the use of ruthless violence against unarmed members of the Muslim Brotherhood.

Egypt urgently needs a national agenda of reconciliation involving all political forces and uses non-military means of conflict resolution. Failure to do so could foster the emergence of a new generation of terrorists, plunging the country into fear and dread.

In order to avoid this possible "Pakistanisation" of Egypt, Western states should do everything in their power to help set the new administration under the leadership of General Abdul Fattah al-Sisi on the right path. It is in Europe's best interest.

Last week Egypt's police stepped up an "unprecedented escalation" on activists by arresting a leading rights group director. Advocates on the Nile have long weathered a crackdown ... END_OF_DOCUMENT_TOKEN_TO_BE_REPLACED

Just like the rest of the world, the Arab region and Arabic-language media have been watching spellbound over the last few days as U.S. President Donald Trump was voted out of ... END_OF_DOCUMENT_TOKEN_TO_BE_REPLACED

Organised by interfaith NGO Religions for Peace, an international conference in Lindau on Lake Constance is dealing with the peace-building role of women inspired by the faith of ... END_OF_DOCUMENT_TOKEN_TO_BE_REPLACED

A victory by Democrat candidate Joe Biden would usher in a new beginning for the Arab world, with attendant changes in U.S. policy. Autocratic leaders in the Middle East have ... END_OF_DOCUMENT_TOKEN_TO_BE_REPLACED

French President Macron's statements that caricatures of Muhammad may still be published have triggered outrage in a number of Muslim states. Turkish President Erdogan is among ... END_OF_DOCUMENT_TOKEN_TO_BE_REPLACED
Author:
Loay Mudhoon
Date:
Mail:
Send via mail

END_OF_DOCUMENT_TOKEN_TO_BE_REPLACED
Social media
and networks
Subscribe to our
newsletter