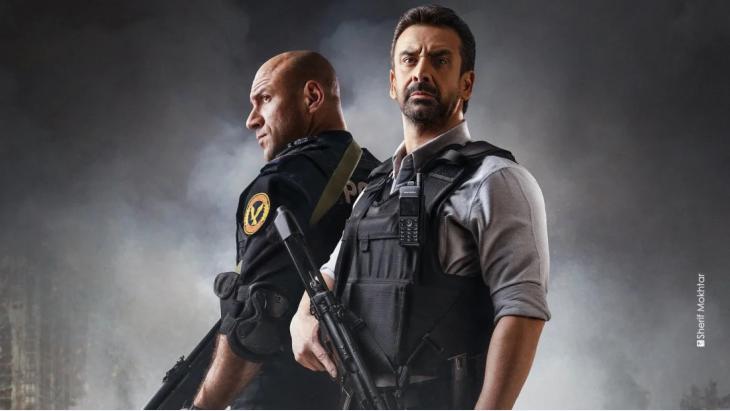 The Egyptian series "El-Ekhteyar 2" was created by a production company with close ties to the military – and pursues a corresponding narrative. Moritz Baumstieger explains how the series, which was broadcast in time for Ramadan, takes its own unique approach to historical facts

Apparently, there were still a few lingering questions: following the broadcast of the fifth episode of El-Ekhteyar 2 (The Decision) last week, the show's name surged to the top of Egypt's Google Trends.

At prime time on an evening during Ramadan, the most important television season of the year, a cinematic reconstruction of the events of August 2013 had flashed across the screens. At that time, the country on the Nile was on the brink of civil war and was just saved – in the nick of time – by the security forces.

At least that is how the regime in Cairo describes the events of eight years ago; independent observers speak of the bloodiest suppression of protests worldwide in recent decades. When Egypt's police and military broke up a protest camp in Raba'a Square in Cairo, nearly 1,000 supporters of the Muslim Brotherhood died in one day. They refused to accept that elected President Mohammed Morsi had been forced out of office in a coup – some were shot, some trampled to death, and some burned to death in their tents.

Since then, the regime in Cairo has been trying to gain interpretive sovereignty over the mass murder. It is no coincidence that the star-studded series now describes the demonstrators as armed terrorists, in the spirit of the then defence minister and now President Abdul Fattah al-Sisi.

El-Ekhteyar 2 is made by the production company Synergy, which, like the broadcaster OnTV, belongs to a conglomerate controlled by Egypt's all-powerful military. Patriotic edification can be found in many of its TV productions, but the most recent episodes of El-Ekhteyar 2 went well beyond the falsification of history, according to the reactions of countless Twitter users.

A few years ago, the musalsalat – as the series produced for the fasting month of Ramadan are called in Arabic – still retained something of a critical flavour: the often difficult relationship between religious groups in Arab countries was addressed, corruption and poverty, the false promises of extremists – often packaged in love stories in which couples were forced to overcome a wide variety of obstacles. This boom market not only produced telenovela-like tearjerkers, action and social dramas, but also comedies and thrillers.

The most relevant target group in the Arab states for advertising comprises more than 220 million people, almost all of whom settle down on the sofa to relax after breaking their fast. And then, with their stomachs full, they watch a lot of TV: surveys from the Gulf states clocked up to seven hours of screen time in Ramadan – daily. Bearing in mind the restrictions imposed by coronavirus, with the usual visits to relatives and friends limited, TV consumption is likely to be even higher.

"It's indoctrination" – says the head of a private production company

Fostering a critical view, which was temporarily possible after the so-called Arab Spring, is no longer welcome in Egypt, one of the largest producers for the Arab TV market. On the contrary: just three years after an investment firm owned by the military acquired the production company Synergy, it was already responsible for two-thirds of the series productions for Ramadan.

The new owners initially ensured that musalsalat became more apolitical – until they decided to mount a counteroffensive. Series now had "an almost didactic direction, promoting the image of police officers, for example," complained Aly Mourad, head of a private production company, back in 2019. "It's indoctrination," he says – at the same time, the level of censorship has reached proportions not seen since the days of President Nasser 60 years ago.

El-Ekhteyar 2 is just one example of how the regime is appropriating the entertainment industry: police officers were shown assuring arrestees worried about their families that they would never arrest the relatives of suspects in order to increase the pressure on them. While this assertion is simply surreal in light of the many reports of exactly this sort of thing happening in recent years, the series also incorporates some true events, such as the fate of the main character Ahmed el-Mansi, an officer who was killed by IS terrorists four years ago.

The series emotionalises his story in order to spin propaganda about the Rabaa Square massacre: whereas in reality snipers aimed at protesters from rooftops, in the series police and army officers are ordered to end the protests peacefully and humanely – only to be ambushed by monsters. To heighten the effect of this narrative, the creators montage real videos of assaults on police officers into the scenes, which undoubtedly existed in 2013.

Thus, the same old press cheers that El-Ekhteyar 2 has "shattered the narrative of the Muslim Brotherhood, which has repeatedly portrayed itself as a victim for years." Sisi supporters on the Internet have been even more drastic in their comments.

Quite a few Egyptians, however, have preferred to ask Google just how much truth there is to this version of events.

Political transformation in the Arab world: Forget the people

People in Arab countries have been talking more openly about sex and sexuality for some time now, especially on social media. And for the first time ever, they have the vocabulary ... END_OF_DOCUMENT_TOKEN_TO_BE_REPLACED

Alaa Abd el-Fattah, arguably Egypt’s most prominent democracy activist, has just been handed another lengthy prison sentence. Despite this, a book of his writing has recently been ... END_OF_DOCUMENT_TOKEN_TO_BE_REPLACED

A prominent rights group in Egypt, the Arabic Network for Human Rights, is ending operations just as the country braces for a controversial NGO law. Is this the beginning of the ... END_OF_DOCUMENT_TOKEN_TO_BE_REPLACED

Moncef Marzouki was Tunisia's first democratically elected president after the fall of dictator Ben Ali. Today he is the most prominent critic of increasingly counter- ... END_OF_DOCUMENT_TOKEN_TO_BE_REPLACED

Asef Bayat, professor of Sociology at the University of Illinois, Urbana-Champaign, has been studying revolutions and how they affect people since 1979. In his recent book, " ... END_OF_DOCUMENT_TOKEN_TO_BE_REPLACED

Every year in December, the team at Qantara.de takes a look back at the articles that proved most popular with our readers. This year is no different. Here is a run-down of the ... END_OF_DOCUMENT_TOKEN_TO_BE_REPLACED
Author:
Moritz Baumstieger
Date:
Mail:
Send via mail

END_OF_DOCUMENT_TOKEN_TO_BE_REPLACED
Social media
and networks
Subscribe to our
newsletter