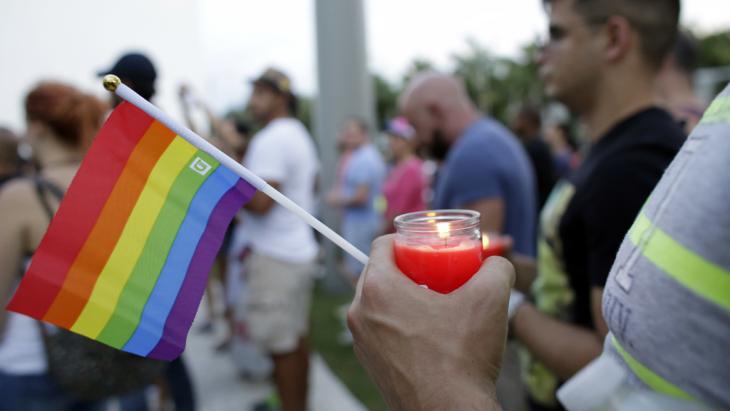 Terrorists have more than their immediate victims in their sights - they aim to destroy liberal, open societies. This election year, writes Ines Pohl, the Orlando killer could succeed

Terrorists always have at least two targets when they strike: they intend, of course, to kill their immediate victims. But they also intend to destroy our open societies. The attack at the nightclub in Orlando that killed at least 50 people is a tragedy that is not only terrible, but also profoundly dangerous.

That's because it has struck an America that finds itself in the middle of a crucial test. An America that is only at the beginning of a battle about much more than the question of who will move into the White House as the next president. It is about the fundamental choice of direction in which this mighty country will develop. Whether the progressive course that President Barack Obama has taken in recent years will continue, or whether his achievements will be clawed back.

In the United States, the president's power is limited. That's something Obama often became painfully aware of, whether in his plans for health care reform or his intention to close the prison at Guantanamo Bay. In a two-party system increasingly focused not on compromise but on confrontation, a president therefore always needs the support of the Supreme Court.

The Court is one of the main reasons why this election campaign is so important and so highly charged. The influence judges bring to bear on the shape of the country is immense. They ultimately have the power to decide whether gays and lesbians can marry or which toilets transgender people may use.

Because its judges are appointed for life, their mandate can last far longer than the span of a presidential term. One of the nine seats is now vacant. It is entirely conceivable that the next president will be able to appoint at least two other judges, given the advanced age of the justices. 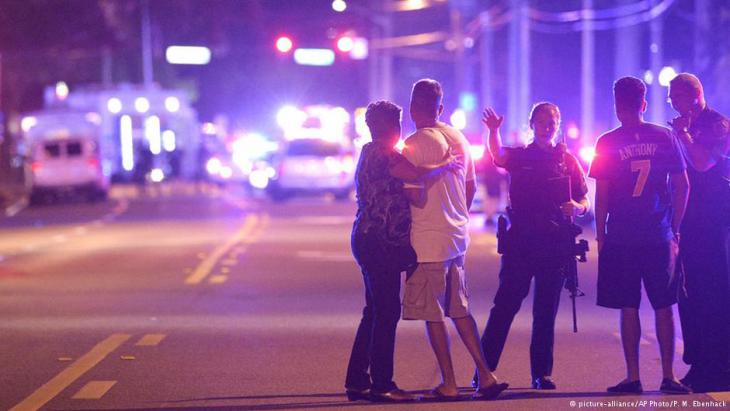 War of attrition: "terrorist attacks pose a major challenge to every open society. They force us to ask the complicated question of how much we value our freedom. And how many risks we are willing to take for these open societies of ours," writes Pohl

The terrible attack in Orlando happened just as the presidential election was beginning to heat up. Shortly after the tragedy occurred, supporters of Donald Trump showed how they would exploit this act of terrorism. They took to Twitter to congratulate him on his anti-Islam stance in view of the apparent religion of the killer.

Hillary Clinton's closeness to and solidarity with Muslims is something they will also use against her. They will prey on people's fears to position their candidate. This year in particular, many Americans seem highly prone to this kind of populism. They are too willing to be seduced by clumsy promises of salvation without reflecting how a society would look that defines itself above all through wall-building and surveillance.

When Donald Trump says he wants to make America great again, he mainly has a country in mind in which he plays the nativist strongman. This is what's behind his plan to issue a temporary entry ban for Muslims, his suspicions about a judge of Mexican origin, or his sexist condescension towards women.

This gifted demagogue will know very well how to take advantage of the terrible bloodbath in Florida. Terrorist attacks pose a major challenge to every open society. They force us to ask the complicated question of how much we value our freedom. And how many risks we are willing to take for these open societies of ours.

It's a difficult duty for politicians and the people to respond calmly and collectedly in view of the feelings of hatred and revenge that terror unleashes. President Francois Hollande succeeded in doing so after the attacks in Paris. He led his people well.

But an election campaign is raging in the United States the likes of which the world has never seen. Will the America of 2016 succeed in avoiding the trap the terrorists have set that would ultimately lead them to seek refuge in exactly that lack of freedom envisioned by fundamentalist Muslims? Or will it manage to defend the American dream, largely built on an open society of immigrants?

Chances are that blind fury will triumph.

Home
Print
Newsletter
More on this topic
The Islam debate: The dual consciousness of MuslimsRight-wing populism in Europe and the USA: The politics of IslamophobiaRecruitment strategies used by Islamic State: A mutation of religionInterview with Karen Armstrong: Islamist violence is "in part a product of Western disdain"
Related Topics
'Islamic State' | IS, Democracy and civil society, Human rights, International terrorism, Islam in the U.S., Islamophobia, Muslims in the West, Radicalisation
All Topics

Turkey's parliamentary and presidential elections are scheduled for June 2023. But they are already casting a shadow. While the opposition is calling for early elections, ... END_OF_DOCUMENT_TOKEN_TO_BE_REPLACED

By stage-managing his re-election in a poll widely dismissed as a farce, Syria's President Bashar al-Assad has killed two birds with one stone: he has forced his compatriots to ... END_OF_DOCUMENT_TOKEN_TO_BE_REPLACED

Professor Timothy Brennan's "Places of Mind: A Life of Edward Said" is a detailed biography of one of the most important intellectuals of the twentieth century, taking us on a ... END_OF_DOCUMENT_TOKEN_TO_BE_REPLACED 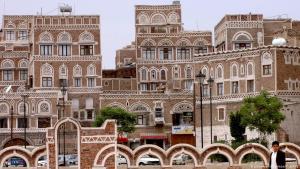 "The Wild Fox of Yemen" by Threa Almontaser is an anthology of poetry that gathers readers up and into itself and immerses them in the poet's world – the world of a first- ... END_OF_DOCUMENT_TOKEN_TO_BE_REPLACED

China has long portrayed itself as a strong supporter of the Palestinian cause. It has also claimed that in sharp contrast to the stance of the USA, its position is based on ... END_OF_DOCUMENT_TOKEN_TO_BE_REPLACED

END_OF_DOCUMENT_TOKEN_TO_BE_REPLACED
Social media
and networks
Subscribe to our
newsletter