The latest bloodshed in Nigeria has again revealed deep divides in the country. In many regions, Christians and Muslims fiercely oppose each other - not just for religious reasons, but for political ones, too. Joscha Weber reports 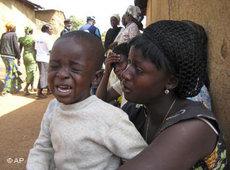 ​​ Under cover of darkness last Sunday morning, a group of men armed with guns and machetes descended on three villages in the province of Plateau. Their targets were the villages' mainly Christian residents. According to official reports, the attackers killed hundreds of villagers, including women and children. The nightly curfews, and the police and soldiers who were meant to be enforcing them, did nothing to help. It was a massacre.

It's still not clear how many lives the massacre claimed. While Plateau's government spokesman reported 500 deaths, the police said there were only 55 bodies. In one of the villages, foreign journalists counted more than 100 victims.

In Nigeria, body counts are often used as a political tool; depending on the interests being represented, they're either inflated or played down.

Behind the horrific attack is a long-brewing conflict between Nigeria's Muslim and Christian citizens. But the conflict is more than just religious in nature.

"Deep down, this is not just a religious conflict; it's not just about forced conversions of Muslims or Christians. It's more about religious undertones, because religious affiliation is also a mark of different ethnic groups who are competing for power and resources," said Matthias Basedu, an expert on African affairs at the GIGA Institute for Global and Regional Studies in Hamburg. 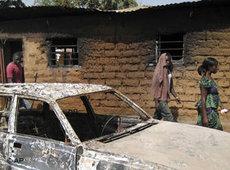 Residents walk past a burnt car, another reminder of the recent violence

​​ Basedu says the current violence between the two groups should be seen within a larger context.

"I wouldn't necessarily speak of a wildfire that's about to tear the country apart - that would be the worst-case scenario," said Basedu. "The unrest and the bloodshed is something we've seen more frequently now over a longer period of time, and the antagonism between the Muslim north and the Christian south is a constant in Nigeria's history that has always caused problems."

The attack by the Muslim fighters on the Christian villagers didn't come out of nowhere. In January, Christians killed more than 300 Muslims in the region. And the cycle of violence could very well continue, says Haruna Wakili. A conflict researcher at Bayero University in the northern Nigerian city of Kano, he says those who participated in the latest attacks should have to face consequences.

"There's been a series of violent incidents in the past and nothing has been done in concrete terms, like trying to find out the real causes and the people behind it, and bringing them to justice," said Wakili. 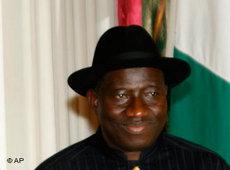 ​​ He is critical of the authorities for being slow in their investigation of the crimes that took place in the north of the country. But he also refutes speculation that the latest Muslim massacre of Christians was a reaction to the transfer of power to the country's new Christian President Goodluck Jonathan.

"I cannot see any direct link between the new government and the latest outbreak of violence," said Wakili.

At the beginning of the week, Nigeria's national assembly officially named Jonathan acting president. The former vice president is replacing President Umaru Yar'Adua, who has been absent for months due to illness. Yar'Adua is said to be receiving medical treatment for a heart condition, though little is known about the state of his health. A speaker of the senate has emphasized, however, that Jonathan is not intended as a long-term replacement.

"It looks to be an interim solution, because really, the governing PDP party wants to be rid of him," said Basedau. "But it wouldn't be the first time in Nigeria that a temporary situation turned out to be much more permanent."

Basedau does see a positive development in Jonathan's appointment, however.

"In the last little while, there's been an attempt to achieve some sort of balance. You can see that in the way a Christian president always follows a Muslim president and vice versa, and how the respective vice president tends to be of the opposite region or religion," he said.

But even this principle of taking turns isn't helping to improve stability in the country. The latest crisis is a serious threat to the newly inaugurated President Jonathan. He is now keen to take action, arresting 100 suspected gang members and firing his security advisor. But Basedau doubts whether he'll be able to return Africa's largest energy producing country to stability.

"The weakness of the state is a huge problem in Nigeria that has to be tackled," he said. "There has to be an end to this culture of impunity for politicians, but also for those who carry out such violent attacks."

Unrest in Nigeria
A Political Elite with No Plan of Action
Political agitators in Nigeria are using the dispute over caricatures of Mohammed as a pretext to incite violence between Muslims and Christians, writes Thomas Mösch in his commentary

Interfaith Dialogue in Nigeria
The Need for Reconciliation
Ever since the end of the military dictatorship in Nigeria in 1999 there have been repeated clashes between the country's Christians and Muslims. But now, as Gregg Benzow explains, a Christian pastor and a Muslim Imam have launched an effort to get the two sides talking

Muslim Women in Northern Nigeria
The Example of Nana Asma'u
In Northern Nigeria, women often base their claims to education and employment on Islamic principles. For many, the practice of segregating the sexes is no insurmountable obstacle. Katja Werthmann takes a closer look.

END_OF_DOCUMENT_TOKEN_TO_BE_REPLACED
Social media
and networks
Subscribe to our
newsletter