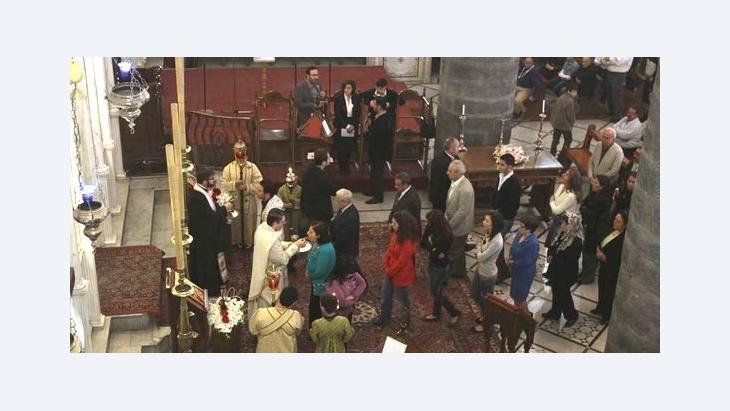 ﻿The spiral of violence in Syria has increasingly pushed Christian communities in Syria to the breaking point. Some two million Syrians are Christians, including a total of 11 different denominations, and they make up around ten percent of the population. Since the start of protests in March 2011, Church leaders have constantly stressed that the vast majority of Christians support Assad.

Accusations against the Church leadership that have only now come to light show that this is far from the complete truth. The journalist Michel Kilo and the Italian Jesuit priest Paolo dall'Oglio have reported on massive conflicts within the various Christian denominations, regardless of whether they are aligned with Rome and the Western Church or follow in the tradition of Eastern Orthodox Christianity.

Hafez al-Assad had portrayed himself as the protector of the country's Christian minority, and his son Bashar has since followed in his footsteps. The natural co-existence of various religions in Syria was not, however, an innovation of the Assads, but rather a situation that has developed over the centuries.

Incomprehension among the ranks of the faithful

Yet, the longer the conflict in Syria continues, it becomes clearer that Christians can only expect protection as long as they remain loyal to the regime. Whoever raises their voice in protest, whether Christian, Sunni, or Alawite, risks being targeted by the government's instruments of repression. 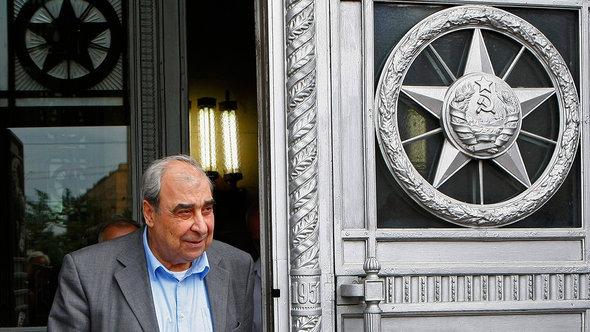 According to Syria's prominent dissident Michel Kilo, Syria's churches increasingly isolate themselves from their Oriental, Muslim surroundings, while Christians at the grassroots level are active in the country's opposition movements

​​"Many Christians have since become opposed to the Church leadership," stresses Michel Kilo. The 71-year-old veteran Syrian opposition activist was born to a Christian family in Lattakia. He estimates that thousands of mostly young Christians have been imprisoned for demonstrating against the regime or distributing pamphlets critical of the government. The position of certain bishops has increasingly been met with incomprehension among the ranks of the faithful.

There have even been cases where bishops have engaged in direct cooperation with security forces. Kilo himself was told of an actual incident by those concerned in Syria. There will be even more such cases, he believes, as time goes on.

Call for boycott of the Church

Luka al-Khoury, the Orthodox Bishop of Damascus, is said to have betrayed members of his community to the secret police, criticises Kilo. Some Christians came to the bishop to object to his expressing joy at the death of Muslims. Luka al-Khoury immediately contacted the secret police. The young Christians had to spend a month in prison, where they were "nicely beat up," relates Kilo with his dry sense of humour.

Kilo found out about this case after their release. "The Church is influenced by political power to such an extent that it can no longer be regarded as independent," concludes the dissident. He has therefore called upon his Christian countrymen to boycott the Church.

In an open letter to Pope Benedict on the occasion of his trip to Lebanon, Kilo criticised the "bunker mentality" and the "confessional racism" of the Syrian churches. They increasingly wall themselves in and isolate themselves from their Oriental, Muslim surroundings, while Christians at the grassroots level are active in the country's opposition movements. He has yet to receive a response.

Bringing together Christians and Muslims

The Italian Jesuit priest Paolo Dall'Oglio, who, until his expulsion in June 2012, worked for 30 years in promoting dialogue between Christians and Muslims, is also deeply disappointed with the actions of certain Church officials. In the early 1980s, Dall'Oglio established a popular meeting place for all denominations and religions in Syria at Mar Musa, an old desert monastery some 80 kilometres north of Damascus. Mar Musa was also a venue respected by many Muslims, while conservative Church officials increasingly expressed their hostility.

As a foreigner, Dall'Oglio was never especially caught up in the interests of the Syrian Church. The Jesuit priest was expelled from the country in June on account of his critical position. Decisive factors were his open letter to Kofi Annan, the then UN Commissioner for Syria, and a funeral service celebrated for the 28-year-old Christian filmmaker Basel Shahade, who was murdered in Homs. 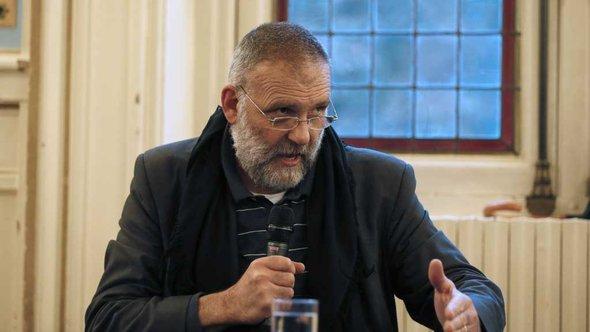 ​​The local bishop had refused a funeral service for Shahade. In response, Dall'Oglio and friends of the filmmaker – both Christians and Muslims – held a memorial celebration at Mar Musa.

Anxiety of the Church justified

There have been an increasing number of reports of Christians being attacked. Both Dall'Oglio and Kilo are critical of such claims, as it is often unclear if the individuals were attacked because they were Christians. "There might be some isolated incidents," admits Kilo, "but it is not a regular occurrence."

Despite so many regime loyalists within the Church hierarchy, Dall'Oglio sees a ray of hope in the fact that there are also priests and bishops working for the sake of the Syrian people. "They enjoy my deepest respect – and I am also somewhat jealous, because, in contrast to myself, they are still permitted to work in Syria."

Home
Print
Newsletter
More on this topic
Syria: The Opposition and the Church: A Slap in the Face for the Pro-Democracy MovementChristians in Aleppo: Rumblings beneath the SurfaceThe Monastery "Deir Mar Musa" in Syria: A Haven for Spirituality and Dialogue
Related Topics
Arab Spring, Arabellion, Assad regime, Human rights, Minorities in the Muslim world, Syrian Civil War, Syrian opposition
All Topics

The coronavirus pandemic has turned lives upside down all over the world. In the Middle Ages, however, people lived with epidemics all the time. The best and most famous ... END_OF_DOCUMENT_TOKEN_TO_BE_REPLACED

Arab women played a leading role in the protest movement of 2011. Since then, ongoing social transformation has had a considerable impact on their lives. What is their assessment ... END_OF_DOCUMENT_TOKEN_TO_BE_REPLACED

In Islamic mysticism, Ramadan is more than just a period of prescribed abstinence, signifying an opportunity for inner contemplation. Marian Brehmer explores the spiritual ... END_OF_DOCUMENT_TOKEN_TO_BE_REPLACED

Liberal Islam: everything revolves around the Koran. In the search for a liberal interpretation, peculiar constructs occasionally emerge. By Alexander Flores END_OF_DOCUMENT_TOKEN_TO_BE_REPLACED

Mass protests began in Egypt on 25 January 2011. They triggered the overthrow of long-time ruler Mubarak. Ten years later, many human rights activists and journalists are in ... END_OF_DOCUMENT_TOKEN_TO_BE_REPLACED

END_OF_DOCUMENT_TOKEN_TO_BE_REPLACED
Social media
and networks
Subscribe to our
newsletter