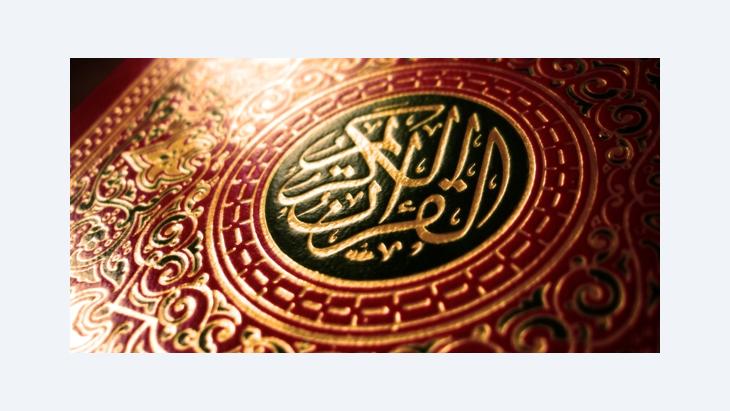 ﻿In Germany, Islamic theology is being introduced as a university course – a much debated issue in academic terms, but also politically. In this interview, Mathias Rohe, Germany's most renowned academic expert on Sharia law, talks about what this means for the development of Islam in Germany and, potentially, on a global level

On the one hand, courses in Islamic Religious Studies at German Universities are belief-oriented; on the other, they are expected to meet academic standards. Is it conceivable that this German model could give new impetus to the Islamic world in Europe and perhaps even around the world?

Mathias Rohe: Well, I recommend that we start off by focusing on making progress in creating a sustainable basis for these courses at a high academic level. We can certainly expect them to give impetus to Germany and Europe; in the medium term perhaps also to places further afield. Unlike in many countries in the Islamic world, people in Germany can debate questions of faith openly and without prejudice. This is certainly not the case in Egypt, not to mention Iran or Saudi Arabia. That being said, such debates interest people around the world. And of course, we now have global communication opportunities. 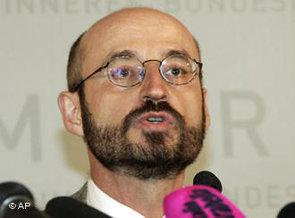 Pragmatic approach: "We would like to see Islamic theology on a par with other theologies within the academic spectrum," says Mathias Rohe, professor of law and renowned Sharia expert

​​Moreover, the members of the Muslim advisory councils for these courses – which, like the one in Erlangen-Nuremberg, are international in their make-up – will undoubtedly report back home in their native countries about what we are doing here. I'm not sure we will earn universal praise for what we are doing, but it will certainly trigger a debate.

Do you consider representation to be a problem? After all, Islam is deeply divided. Has a good solution been found for classes in Islam at school and courses in Islam at university in Germany?

Mathias Rohe: I think so. It can also be a good solution if all participants are equally dissatisfied. That would mean that an acceptable compromise has been reached. No, but seriously, I am very conscious of the fact that some Muslim associations would like to be recognised as religious communities and, therefore, possibly as exclusive co-operation partners, sooner rather than later.

Others, however, consider this model – with an advisory council as a "stop-gap" for religious communities – to be a bridge too far. One simply has to consider what the main concerns of these projects are.

In my opinion, the main concern in terms of Islamic religion classes at school is that the young generation is made familiar with its religion in an authentic way and in accordance with German academic and pedagogical standards. And preparations for this should be made within the university framework. Moreover, we would like to see Islamic theology on a par with other theologies within the academic spectrum in this country.

Can you understand the objections from the Muslim side that the process surrounding the integration of Islam is fenced in politically and that attempts are being made by politicians to "domesticate" Islam and that that simply cannot work?

Mathias Rohe: These objections are understandable, and there are indeed fears that Germany wants to create a kind of "state version of Islam" for itself. However, I tend towards a pragmatic approach. It will take quite some time to reach a point where Islamic religious communities have become stable enough to be considered co-operation partners for projects as big as this. 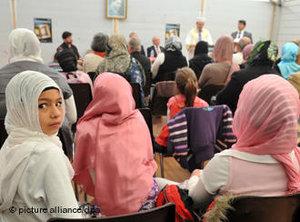 "The main concern in terms of Islamic religion classes at school is that the young generation is made familiar with its religion in an authentic way and in accordance with German academic and pedagogical standards." Pictured: Open Mosque day in Cologne, 3 October 2010

​​On the other hand, our experience has shown that if we start small and prudently, trying to get as many as possible of those who have a real, objective interest in the project on board, we can make careful, gradual progress. This method has proven successful thus far. And success breeds success.

As far as I am concerned, there is simply no realistic alternative, unless we want to wait years and years for progress to be made in this area.

You took part in the Federal German Islam Conference. In your opinion, how successful was the work of the conference in terms of the integration of Islam in Germany?

Mathias Rohe: The very fact that the Conference on Islam exists is very important in itself. The fact that the question of the normality of Islam in Germany is being addressed at the highest political level and will continue to be so, seems to have brought about a détente in many areas and has had an effect on people's everyday lives.

The German Islam Conference has also given some momentum to the spread of the model for Islamic religion classes in Germany and to the establishment of courses in Islamic Religious Studies at university level. I do think that some sustainable solutions have been developed, for example in the working group devoted to constitutional questions, which has come up with concrete legal requirements relating to Islamic religion classes.

In your opinion,from a global perspective, where is the greatest impetus for Islamic theology coming from at present?

Mathias Rohe: I don't want to name names, because that would mean neglecting others, but I will say that here in Germany and in Austria, France, England, the USA and many parts of the Islamic world, there are some interesting Islamic thinkers who are now able to speak freely for the first time and can develop things. A lot is happening in the field of training religious teachers; people are coming up with ideas, have already acquired knowledge in other areas and are developing things with a different perspective and promising ideas. 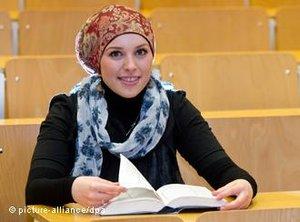 Open theological debate on par with academic standards: Student at Germany's first centre for Muslim theology at the University of Tübingen

​​I consider what is happening at the geographical periphery of the Islamic world to be highly interesting and have done so for quite some time. I am referring here to Turkey, the Balkans, North Africa, Indonesia, Malaysia, to a certain extent Pakistan and Bangladesh too, in other words specifically not the regions that usually spring to mind when one thinks of Islam. Sadly, little of significance has emerged from the Arabian Peninsula and its environment in recent decades. Maybe the continual encounters with others, like those that you get on the "periphery", are helping people to come up with ways of organising co-existence.

So you are not pessimistic about the so-called "clash of civilisations" and its supposed unavoidability?

Mathias Rohe: In this respect, I am not pessimistic at all. I consider the idea of a clash of civilisations to be downright nonsense. Huntington's substantiation of his theory was appalling. It was based on such a homogenous definition of civilisation that it doesn't even come close to describing reality. The model is so simplified that it distorts. In my opinion, there is something that could be described as a "clash of minds". In other words, are people working for peaceable relations with each other, for reconciliation, for human rights ... or are they not?

You will find people who are working for these things in all cultural areas. The lines of conflict can be traced along the answers to questions such as this. The current developments in some countries in the Arab world in particular underline the fact that democracy, the rule of law and human rights are not exclusively Western ideas.

Despite what heads of state may claim, the Russian attack on Ukraine is not a wake-up call for a self-confident Europe that defends its values. The war is accelerating the decline ... END_OF_DOCUMENT_TOKEN_TO_BE_REPLACED

At the EU's outer borders, the right of migrants to a fair asylum procedure continues to be systematically disregarded. Take Greece, for example: in the worst case scenario, those ... END_OF_DOCUMENT_TOKEN_TO_BE_REPLACED

Madrid's about-face on the Western Sahara conflict has enraged Algeria. Trade relations have been frozen unilaterally and a cut in gas supplies to Europe could be in the pipeline ... END_OF_DOCUMENT_TOKEN_TO_BE_REPLACED

Mourad al-Marouai was just nine when a landmine killed him on a beach in war-torn Yemen, a tragedy that will haunt his family forever. After a swim, the little boy "suddenly ... END_OF_DOCUMENT_TOKEN_TO_BE_REPLACED

A ceasefire has been in effect in Libya for the past year and a half. Yet after Russia's attack on Ukraine, another proxy war looms in Africa's most oil-rich country. Mirco ... END_OF_DOCUMENT_TOKEN_TO_BE_REPLACED

The Ukraine war has seen energy prices spike with oil producers in the Middle East making more money than ever. But will it put the brakes on long-planned reforms to diversify oil ... END_OF_DOCUMENT_TOKEN_TO_BE_REPLACED
Author:
Lewis Gropp
Date:
Mail:
Send via mail

END_OF_DOCUMENT_TOKEN_TO_BE_REPLACED
Social media
and networks
Subscribe to our
newsletter