Mauritania is the first Arab country with a female foreign minister – a sign of increasing modernity in the Islamic Republic in northwestern Africa, says Rudolph Chimelli 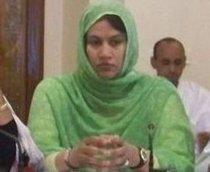 One of Nahé Mint Hamdi Ould's first acts in office was to call for "a new strategy in the fight against poverty and ignorance," to combat Al Qaeda

​​ Were an Arab country with an excellent reputation for female emancipation such as Tunisia to appoint a woman as foreign minister, there would be storms of praise from Europe. Yet the first woman to hold this office in any Arab country is Mauritania's Nahé Mint Hamdi Ould Mouknass – and she has received little recognition from abroad.

The huge desert country with only three million inhabitants is tucked out of sight and out of mind on the Atlantic periphery of the Islamic world.

In the father's footsteps

Nahé Mint Mouknass is 40 years old and a qualified doctor. She comes from a wealthy family of traders in the north of the country, and belongs to the Elguera'a tribe. Her father before her spent ten years as foreign minister under Mauritania's first president following independence from France, Mohtar Ould Daddah. He had to deal with the Western Sahara conflict, which arose during his time in office.

His daughter followed in his footsteps as chair of the Union of the Forces of Progress (UFP) party. The party now has eight seats in parliament, where a number of seats are reserved for women. Nahé Mint Mouknass was elected as an MP for the city of Nouadhibou and has previously served on the foreign relations commission. 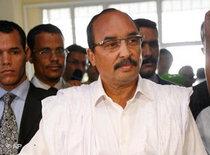 ​​ One of her first acts in office was to call for "a new strategy in the fight against poverty and ignorance," to combat Al Qaeda. The extremist group has claimed responsibility for a suicide bombing of the French embassy in the capital, Nouakchott, in early August. The minister refers to terrorism as an act "absolutely unfamiliar to the Mauritanian people."

President Mohammed Ould Abdelaziz, who appointed her, seized office a year ago by means of a bloodless military coup, deposing Mauritania's first democratically elected head of state. When the General needed support from abroad in this situation, it was Nahé Mint Mouknass who helped him via her good relations with Libya's Colonel Muammar el-Gaddafi.

Having legitimated his rule with an absolute majority in July's elections, Ould Abdelaziz obviously wanted to do more than avow his personal recognition for Nahé Mint Mouknass by appointing her as foreign minister. On the search for broad grassroots support, he simultaneously appointed five other women as ministers in his 27-person cabinet.

Women traditionally enjoy greater freedoms in Mauritanian society than in neighbouring countries. The fact that the imam of the capital's second largest mosque held an almost hour-long sermon against the women in the cabinet has not unsettled the president. 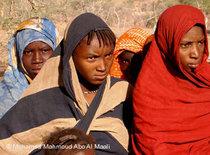 ​​ He also awarded key posts to Black Africans, representing the country's still disadvantaged underclass, most of them descended from slaves. The president owes this community key electoral support, which he rewarded with ministerial posts for the interior, finances, administration and the secretariat of the presidential office.

The new foreign minister comes from the Arab Berber ruling class, which the president intends to reign in by means of visible restrictions on its power.

A French-based organisation combating slavery in Mauritania places Nahé Mint Mouknass at number 149 on its "list of Mauritanian slaveholders". She is accused of holding a large number of slaves for domestic work, shepherding, maintaining her palm gardens and taking her children to school. Slavery has been banned in Mauritania since 1981.

The Maghreb after the Putsch in Mauretania
Long Live the Military's Democracy!
For many, the March 2007 elections in Mauretania represented a hopeful democratic awakening for the entire North African region. But the dream swiftly came to an end with the August putsch and the renewed dominance of the military, as Slim Boukhdhir describes in his essay

Mauritania's Burdon of Slavery
Breaking the Vicious Circle!
In Mauritania, one of the poorest countries in the world, a large section of the population still suffers under slavery and its consequences to this day. Mona Naggar reports on the most recent successes in the fight against this historical burden

END_OF_DOCUMENT_TOKEN_TO_BE_REPLACED
Social media
and networks
Subscribe to our
newsletter