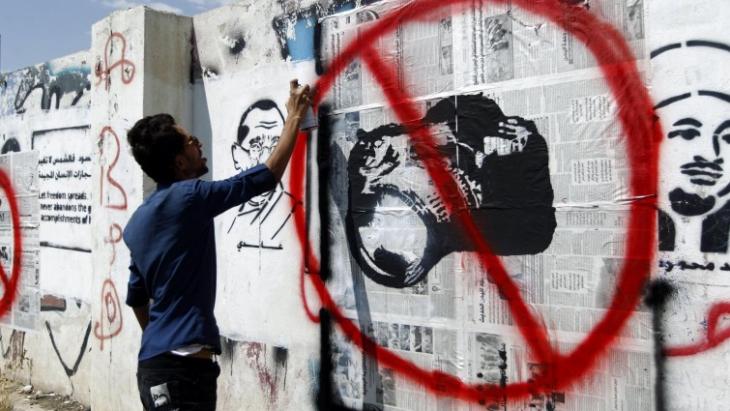 Media and politics in the Arab world

The murder of well-known Saudi journalist Jamal Khashoggi highlights the difficulties facing media in post-revolutionary Arab states. The freedoms temporarily gained after 2011 have long since fallen victim to the authoritarian restoration. By Loay Mudhoon

State-controlled media have always been a multi-purpose weapon in Arab states ruled by authoritarians or dictators. As government mouthpieces, they informed the masses in a way benefitting those in power by praising the policies of the respective ruling houses, making them appear plausible, patriotic and even without alternative. Until the Arab Spring in 2011, these media providers were a part of the authoritarian system, instruments for securing power. Freedom of the media was severely restricted by "information ministries".

The historical upheaval that resulted from the "Arabellion" put an end to this monopoly of opinion and opened up new freedoms. Over the course of 2013 many independent media organisations emerged. Journalists gained self-confidence and social media played a decisive role in organising the largest mass mobilisation of Arab people in recent history.

During this time of great change and boundless optimism, the media became organised and better networked. Young media makers in particular finally had the feeling that they could help shape their future and take their fate into their own hands.

A new kind of symbiosis between traditional and new media also enriched the previous media landscape and contributed significantly to the pluralisation of information offerings. To the surprise of many, almost all media enjoyed great freedom, even those operating in Egypt under the Islamist regime of President Mohammed Morsi.

Engine of the counter-revolution

With the return of counter-revolutionary forces to the levers of power, these newly won freedoms have come under massive pressure. In Egypt, for example, the "deep state", consisting of the secret service and the oligarchy, brought the influential mass media under its control.

Financially strong investors from Saudi Arabia and the United Arab Emirates bought popular websites that built the Muslim Brotherhood as an overpowering, dark threat to the nation to legitimise the military's disempowerment of the only democratically elected president in the country's history. 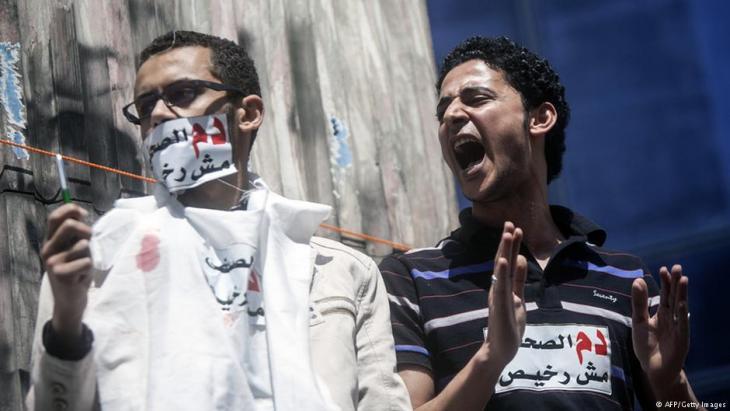 Journalists muzzled or prosecuted: following Morsi's removal from power in 2013, the situation for independent media professionals in Egypt deteriorated dramatically. Journalists were deliberately intimidated or threatened by the authorities. According to the motto "put up or shut up", they have gradually brought almost all media into line. In the past two years alone, more than 500 websites have been blocked

Following Morsi's removal from power in 2013, the situation for independent media professionals in Egypt deteriorated dramatically. Journalists were deliberately intimidated or threatened by the authorities. According to the motto "put up or shut up", they have gradually brought almost all media into line. In the past two years alone, more than 500 websites have been blocked.

In this phase of authoritarian restoration, the "new" old elites in power have increasingly instrumentalised mass media, turning it into propaganda machines in order to restore the conditions that existed before the Arab Spring.

State-fuelled media campaigns have consistently presented democracy and civil society activists as traitors to their homeland under foreign control. One new phenomenon that has also arisen is the networking of anti-democratic media in Egypt, Saudi Arabia and the United Arab Emirates.

These networks try to use false information and occasionally clumsy lies to portray the revolts of the Arab Spring as a "Western conspiracy against Arab states" and to make "the Islamists", with whom these regimes co-operated for decades, appear to be the sole cause of the epochal crisis in the region. 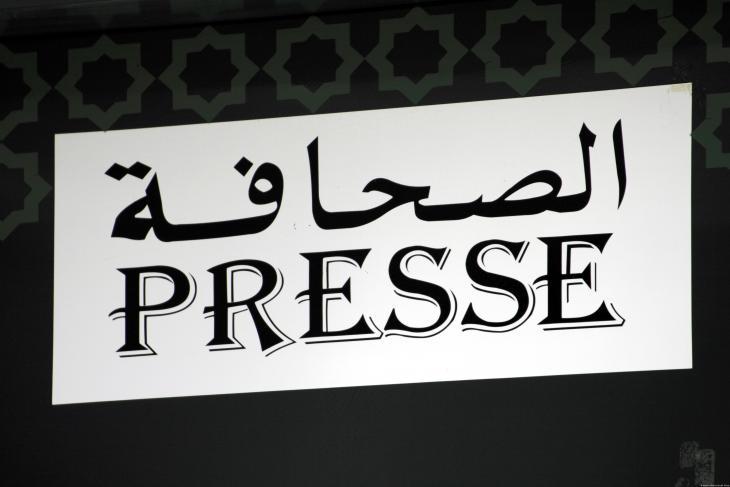 Systematically brought into line: "even the pan-Arab elite media have now been brought into line. The newspapers Al-Hayat, Asharq al-Awsat and Al-Quds al-Arabi, which are published in London, have mutated into mouthpieces for their owners. The defamation of democracy has become their daily bread," complains Mudhoon

But it is far more than the demonisation of opposition forces. It is about influencing the social discourse in the entire Arab region in such a way that the idea of democracy and political participation itself is discredited.

Even the pan-Arab elite media have now been brought into line. The newspapers Al-Hayat, Asharq al-Awsat and Al-Quds al-Arabi, which are published in London, have mutated into mouthpieces for their owners. The defamation of democracy has become their daily bread.

State-controlled media ensure a regime-friendly PR facade. And in a "media superpower" like Saudi Arabia, they serve as a protective firewall against critical reporting, not only in their own country, but also in the region. In times of crisis, they are used to settle political scores with regional rivals, as the bizarre feud between Saudi Arabia and Qatar shows.

The bottom line is that in the current Arab world there is no media that is both independent and influential. The murder of the Saudi journalist Jamal Khashoggi made it all too clear that the persecution of critical journalists has taken on a hysterical dimension.

In his latest column for the Washington Post, Khashoggi called for "a modern version of the old transnational media for the Arab world to inform citizens about global events." It is even more important to "give Arab voices a platform," Khashoggi said. Putting these demands into practice is the order of the day.

Home
Print
Newsletter
More on this topic
Repression against journalists: A world of KhashoggisInterview with Yasmine Zohdi, editor with Egyptʹs Mada Masr: "Censorship is the worst it has ever been"Media in Egypt: Fall into line or switch off
Related Topics
Arab Spring, Arabellion, Democracy and civil society, Egypt Revolution 2011, Egypt's army, Free speech and censorship, Freedom of the press, Media in the Arab World, Mohammed bin Salman, Mohammed Morsi, Muslim Brotherhood, New media in the Muslim world
All Topics

In her documentary, the young Palestinian filmmaker Samaher al-Qadi gives us a passionate and very personal view of what it means to be an Arab woman. Her film explores the ... END_OF_DOCUMENT_TOKEN_TO_BE_REPLACED

For years the Arab intellectual elite looked to Lebanon, coveting its atmosphere of freedom. Feigning the non-existence of repression, Beirut welcomed intellectuals from across ... END_OF_DOCUMENT_TOKEN_TO_BE_REPLACED

EU parliamentarian Dietmar Koester criticises the Union's failure to speak up when faced with human rights abuses committed by its Middle Eastern allies, while pointing out that ... END_OF_DOCUMENT_TOKEN_TO_BE_REPLACED

Ten years after Egypt's January 25 revolution, many of those who led protests are either disillusioned or in jail. ... END_OF_DOCUMENT_TOKEN_TO_BE_REPLACED

Egypt has never been called to account for the murder of Giulio Regeni, nor for the numerous human rights violations committed by the Sisi regime. Focusing only on stability, ... END_OF_DOCUMENT_TOKEN_TO_BE_REPLACED
Author:
Loay Mudhoon
Date:
Mail:
Send via mail

END_OF_DOCUMENT_TOKEN_TO_BE_REPLACED
Social media
and networks
Subscribe to our
newsletter