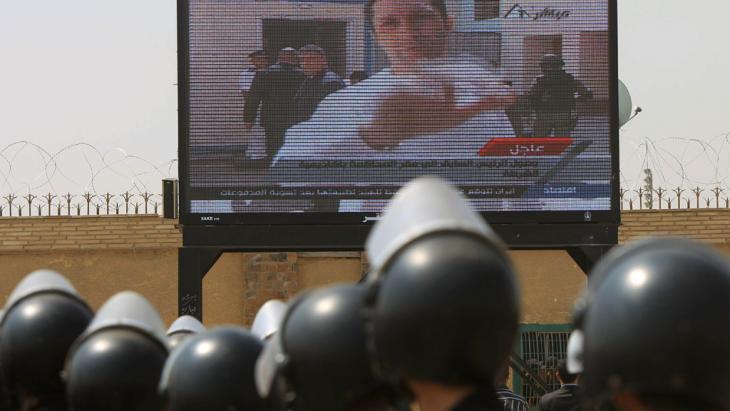 Media in Egypt
Fall into Line or Switch Off

Just two years ago, the Arab Spring prompted many observers to talk about supposed Facebook revolutions. Looking at the state of the media today, and especially in Egypt, we can see a return to the old mechanisms of safeguarding authoritarian rule. By Carola Richter

President Mohamed Morsi's year in office was marked by massive political and social polarization. The Egyptian media not only reflected on events, but also actively contributed to heightening the situation.

The media start-up boom in Egypt that began in 2011 could be seen as an expression of the country's lively political culture, but it could also be interpreted as the result of unaltered structures left over from the old regime, which fostered polarization.

A liberalization of the Egyptian media sector had already begun under Mubarak. Since 2000, private television and radio stations were licenced and, since 2003, "Al-Masry al-Youm", "Al-Dustur," and other privately-owned newspapers appeared on the market.

A flowering of the media and political parallelism

The interaction of traditional media with the numerous blogs and forums posted on social media contributed to the development of a quite pluralistic media landscape in Egypt, as opposed to state of affairs in many other countries in the region, such as Libya and Tunisia. This also provided a sounding board for Egyptian activists in 2011 to create mass mobilization. 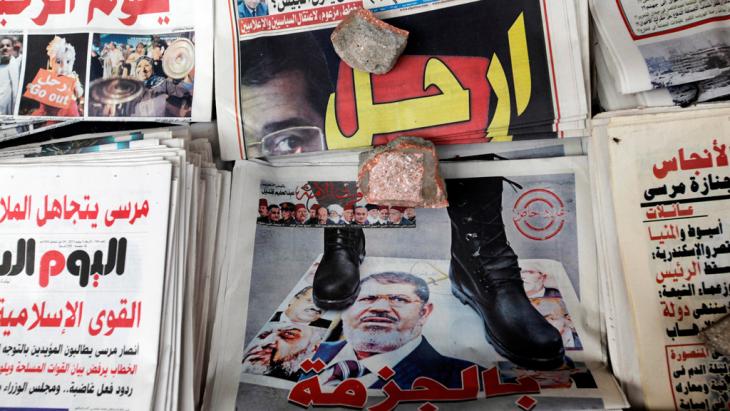 Media caught between censorship and conformity in times of confrontation: Since the overthrow of Morsi, the political mood in the Egyptian media has deteriorated dramatically. Journalists have been targeted by the authorities with intimidation and threats. Reporters Without Borders has condemned the increase in violence against independent journalists in Egypt

In the long term, however, the persistence of these structures proved problematic for the transformation process. One only has to look at the situation in countries like Italy, where links between parties and political elite with media structures are particularly close-knit. Communications experts refer to this as a strong expression of "political parallelism". This state of affairs also exists in Egypt, where all political factions – from the Muslim Brotherhood to Nasserites – have at least one media outlet positioned in the market, attempting to interpret events to the population along party lines.

The intertwining of media and politics

In addition to these clearly particularistic media, an Egyptian tradition of party media going back to the late 1970s, there are also privately financed media, which are mostly owned by economic moguls. Frequently, in such cases, economic and political interests are intertwined, such as the case with Sayed El-Badawi, leader of the Wafd party. With his "Hayat TV" group and his privately owned "al-Wafd" newspaper, he not only massively promotes his political party, but also advertises his pharmacological products.

Naguib Sawiris is a telecommunications tycoon and founder of the Free Egyptian party. He is the dark eminence behind "OnTV" broadcasting and owns a majority interest in "Al-Masry al-Youm", the most important Egyptian daily newspaper.

The newspaper "Al-Masry al-Youm", in particular, made a name for itself in the field of critical journalism, yet it also serves as a platform for Sawiris and other entrepreneurs. Over and above "pure" political parallelism in Egypt, there is the additional dimension of the intertwining of media structures with politics.

The business tycoons, for their part, have specific interests, which, indirectly at the very least, develop into political influence. This system, in which under Mubarak the business elite were closely tied to the political elite, has firmly entrenched a culture of loyalism that allows for few limits on entrepreneurial activity and provides the best protection for commercial interests. 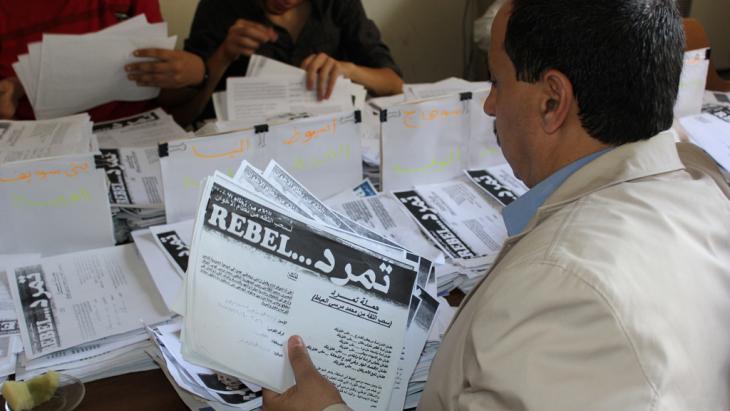 "Even Naguib Sawiris' financial and infrastructure support for the anti-Morsi signature campaign by the Tamarod movement demonstrates the extent to which grassroots media can be instrumentalized for the sake of particular interests," writes Carola Richter

And even though the Muslim Brotherhood did not stand opposed to a neo-liberal economic policy, it is clearly the military, with its own economic empire, that enjoyed a greater degree of trust among the business tycoons. Ahmad Bahgat, the man who stands behind the "Dream TV" group, founded in 2001, already had close ties to Mubarak's sons. After 2011, he fired journalists who expressed criticism of the army leadership.

Even Mohammed al-Amin, who owns the "Al-Watan" newspaper as well as the "CBC" station, home to the popular satirist Bassem Youssef, is also regarded as a profiteer of the Mubarak regime.

Media propaganda against the Muslim Brotherhood

The Muslim Brotherhood is quite well justified in its claim that the media has gone beyond critical journalism and instead attempts to fire up the population against its rule. Even Naguib Sawiris' financial and infrastructure support for the anti-Morsi signature campaign by the Tamarod movement demonstrates the extent to which grassroots media can be instrumentalized for the sake of particular interests.

The Muslim Brotherhood, however, shares responsibility for the persistence and the hardening of factional thinking in the Egyptian media sector. With its "Msr25" television channel, a newspaper, and a network of online portals, it also fostered its own particularist media that emphasized self-propaganda and underplayed conciliation. The image created by the open partisanship of the Qatar financed "Al-Jazeera Misr Mubasher" for the Muslim Brotherhood could also be construed as that of an externally controlled association. In light of this perceived demonization, the reaction by Morsi and the Muslim Brotherhood to media criticism became increasingly hysterical, with threats of attacks on journalists and bans on their work.

Morsi and the Brotherhood also failed to reform the wide-reaching powers of the state media, in particular television and the national newspapers controlled by a special parliamentary organ, such as the "Al-Ahram" newspaper. Even though such reforms would be a Herculean task, the Muslim Brotherhood merely attempted to transform the media into supporters of its policies by naming a host of new editors-in-chief. The hope was that this would shift the balance in coverage of the two opposing camps in its favour.

On the path towards media conformity

The creation of a public broadcasting system, in which as many social groups as possible are represented, was not an option under consideration. Instead, the provisional government, together with the military in the background, is free to direct the political and ideological direction of the state media according to its will. 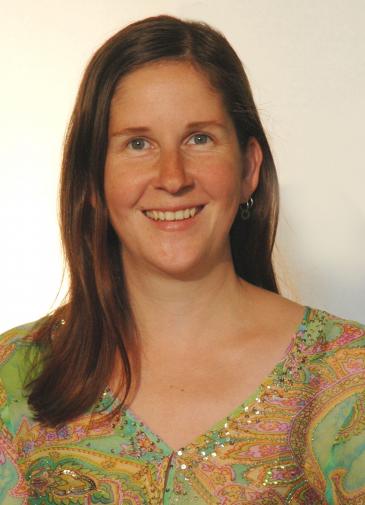 The existing structures and a media culture internalized by the political, military, and economic elites that consists of opposing camps and the prevalence of particular interests has provided the precondition for the military's success in achieving complete media conformity after the overthrow of Morsi. And this was also accomplished without any appreciable opposition from journalists and media makers.

External media pluralism, which should be healthy for society, has, in the case of Egypt led to an authoritarian restoration. This was due to the lack of consensus oriented policy arenas, such as a public broadcasting system, and the excessive amount of particular interests in the Egyptian media sector.

The closing of television stations and newspapers, as well as attacks against foreign media, has been justified by citing the grounds of incitement to terrorism and anti-Egyptian conspiracies. This all seems to hark back to old times.

One can only hope that journalists and media makers will critically reflect upon events and make use of the authority they won during the transformations of 2011 to emancipate themselves from particular interests and help to overcome the country's polarization through a reform of media structures.

Recent efforts to rehabilitate Assad are setting a damaging precedent for accountability, just as the international community is expressing the need to hold Russia to account for ... END_OF_DOCUMENT_TOKEN_TO_BE_REPLACED

With reported hostilities against Israeli journalists and the flag of the Palestinian territories flying on the streets and in the stadiums, it is clear the World Cup in Qatar is ... END_OF_DOCUMENT_TOKEN_TO_BE_REPLACED

Past attempts to reconcile logic and belief within Islam tend to be dismissed today – not because they lack merit, but because they were politically defeated, argues Mustafa Akyol END_OF_DOCUMENT_TOKEN_TO_BE_REPLACED

When is it and when is it not acceptable to display a political banner at the World Cup in Qatar? The answer seems to depend largely on the political message, with fans ... END_OF_DOCUMENT_TOKEN_TO_BE_REPLACED

Nouara may be 65, but she is ready to join thousands of others who burn their ID and pay traffickers for the chance of a new life in Europe. Zineb Bettayeb reports END_OF_DOCUMENT_TOKEN_TO_BE_REPLACED

END_OF_DOCUMENT_TOKEN_TO_BE_REPLACED
Social media
and networks
Subscribe to our
newsletter