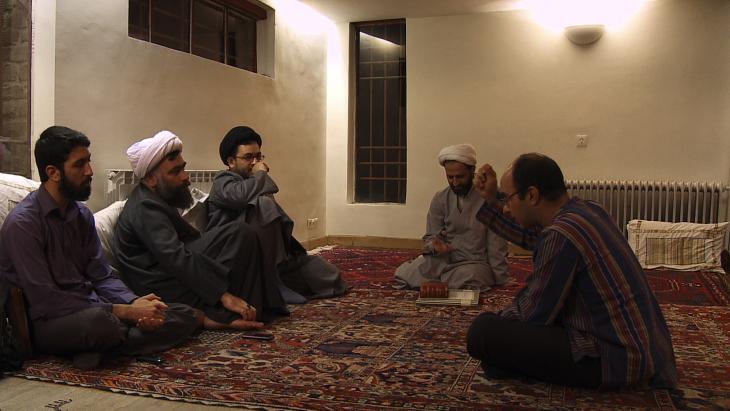 In Mehran Tamadon's new documentary, the director enters into a debate with four loyal supporters of the regime, who better him in every aspect of the discussion. Igal Avidan saw the film at the Berlinale

In order to understand Iranian society, one has to take a closer look at the Basij militia, a popular militia that is loyal to the regime. Set up in 1979, Iran's Supreme Leader Ayatollah Ruhollah Khomeini deployed tens of thousands of Basijis during the Iran–Iraq War, which lasted from 1980 to 1988. Many of them, including many young people, lost their lives in suicide missions.

Today, the Basijis also operate as an auxiliary branch of the Islamic Revolutionary Guard ("Sepah-e Pasdaran"). In 2009, they brutally pursued peaceful demonstrators belonging to the Green Movement.

Mehran Tamadon, an Iranian filmmaker who lives in Paris, has already made a film about the militia in his 2009 film "Basiji". At this year's Berlinale, the Berlin Film Festival, he presented his latest documentary, "Iranien", a Franco–Swiss co-production. The focus of the film is an unusual discussion: the director spent two days with four loyal supporters of the Iranian regime at his family's country house outside Tehran and discusses with them on camera their different perspectives on Iranian society and religious matters.

Mehran Tamadon left Iran as a child in 1984. The son of active Communists, he studied Architecture in Paris before returning to Iran in 2000, where he worked as an architect before turning to filmmaking. 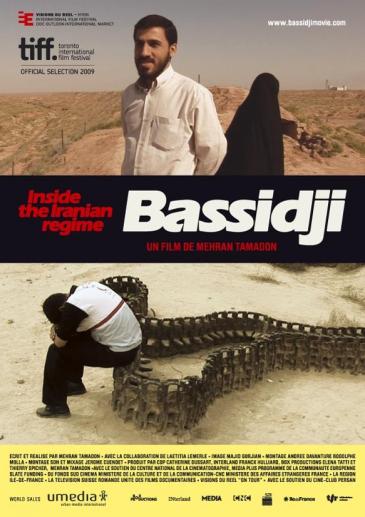 An inside view of the Basij militia: in his eponymous film from the year 2009, Mehran Tamadon provides viewers with an insight into the political and religious actions and beliefs of the Islamist Basij militia

Playing by the hardliners' rules

In "Iranien", the four men invited to take part in the dialogue are friendly and even amusing. Complaining that his own wife rings him repeatedly during filming, one of them expresses his envy of Tamadon because the director's wife leaves him in peace for the weekend. Another offers to use Tamadon's abandoned villa from time to time so that he can avoid having to pay the higher property tax – for a fee, of course.

It quickly becomes apparent that it is these friendly Islamists who lay down the rules in Tamadon's country house. Women don't take part in the discussion; they are only seen briefly while cooking or taking care of the children. However, the atheist filmmaker accepts these rules because the discussion is so important to him.

"It was a big success to get people who think completely differently to me and who regard me as an enemy into the same building and in front of the camera," Tamadon told Deutschlandradio. He intentionally lowered the bar and was satisfied with very little because for these Iranians, this was "already a lot", he explained.

Although fundamentalists are ten-a-penny in Iran, it took Tamadon three years to persuade four of them to agree to an on-camera debate. So he dusted down the radiators, laid carpets on the floor, sat down opposite the four Islamists and explained to them that his ideal society is not religious, but secular.

The guests, above all the scholar Ali, are somewhat amused by this idea and roundly reject it accusing "Mr Secular" of also being religious, the only difference being that his religion is Secularism, a belief he wants to enforce by dictatorial means. 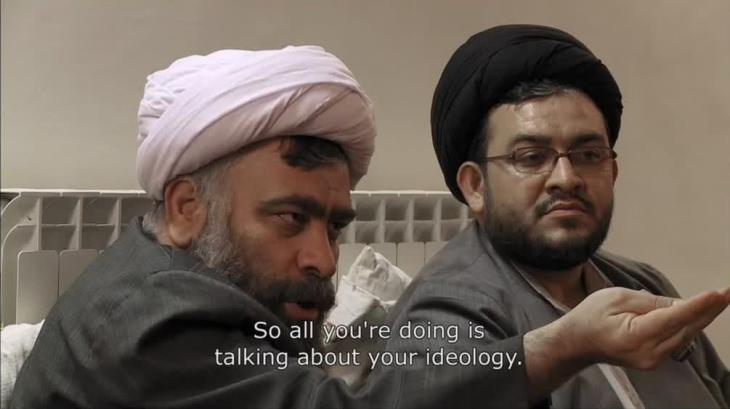 The four loyal supporters of the regime in Iran who agreed to debate with Mehran Tamadon, not only outnumber him, they are also more rhetorically skilled than he is, on some occasions leaving him speechless

Ali is Tamadon's rhetorical superior. "If a woman can walk in public unveiled, why then should she not walk around completely naked?" he asks provocatively. He goes on to say that one has to protect society from adultery and from divorce because men are weak and driven by testosterone. And in the West – God forbid! – women want to look like Barbie dolls, which is why they don't bear children any more. Tamadon is often left speechless. When the discussion falters, Tamadon even joins in the prayers, which leads the Islamists to joke that they'll soon convert him.

No desire for a verbal battle

Unlike the Iranian viewers at the Berlinale, Tamadon says that he wasn't interested in a verbal battle. "They expected me to get into the ring, fight them and win," he said. But he had no desire to fight; the discussion was his top priority.

But it isn't always like that. At the Berlinale, for example, it took the filmmaker days to comply with my interview request. At first his PR agents said his schedule was still unclear; then they insisted that the reporter watch the film first; then they said that priority would be given to film critics; then the interpreter was not available (even though Tamadon speaks good English, at least he did so in our short chat at the festival); then it was said that Tamadon would only talk about his film. Finally, he rejected the idea of an interview altogether because he said he didn't want to risk getting into a political conversation.

There are reasons for his reservations: the Iranian authorities put obstacles in his path, refused to allow the filmmaker to leave Iran and even confiscated his passport. It was only after a month that he was given permission to leave the country. Since then, however, he has not been allowed to return. It is highly likely that the film footage was smuggled out of Iran. In short, although his fear of an interview is understandable, it is certainly also disappointing for viewers who would like to know more about the film and the director.

From the Kingdom of Elam to Alexander the Great, to the Shah dynasties and the Islamic Republic, Iran's cultural sites reflect its long history. ... END_OF_DOCUMENT_TOKEN_TO_BE_REPLACED

The assassination of the Iranian general Qassem Soleimani in a surprise U.S. drone strike is being used by the Islamic Republic of Iran to political ends, says Iranian journalist ... END_OF_DOCUMENT_TOKEN_TO_BE_REPLACED

In recent years, Tehran had pushed a clever public-relations campaign to depict Soleimani as a Napoleon- or Caesar-like warrior-poet. He was even mooted as a likely presidential ... END_OF_DOCUMENT_TOKEN_TO_BE_REPLACED

Trump’s sweet revenge could swiftly turn bitter, after all the U.S. attack is a direct declaration of war against the Iranian Revolutionary Guard and its elite Quds troops ... END_OF_DOCUMENT_TOKEN_TO_BE_REPLACED

With "Assad or We Burn the Country", Sam Dagher has furnished the world with some genuine ammunition against the Syrian regime's on-going campaign of disinformation. The only ... END_OF_DOCUMENT_TOKEN_TO_BE_REPLACED
Author:
Igal Avidan
Date:
Mail:
Send via mail