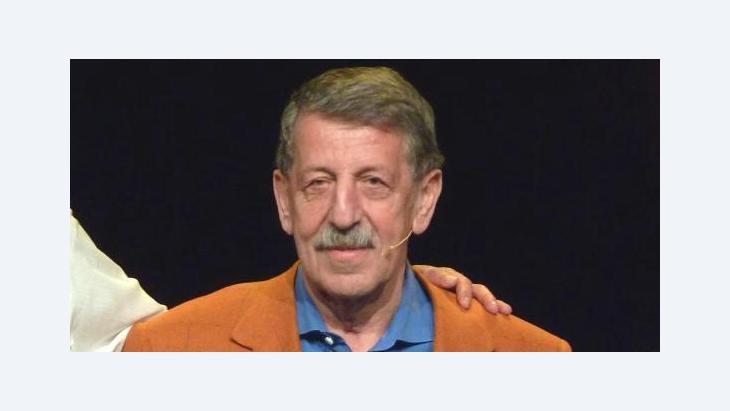 ''Somebody had to go to Cairo''

﻿The memoirs of former Middle East correspondent Ulrich Kienzle document how the spirit of optimism in the German media of the late 1960s and 1970s hooked up with the quixotic political idealism of the time. A review by Andreas Pflitsch

He ended up in the Middle East quite by chance – it was 1973, and when the Fourth Arab Israeli War broke out German public broadcaster ARD dispatched Ulrich Kienzle to Egypt, because after all: "Somebody had to go to Cairo." As all flights to the city had been suspended, his journey was via Tripoli where the newly appointed foreign correspondent had to spend the night in a taxi due to a lack of hotels.

Looking back on these events today, Kienzle makes no secret of just how challenged he was by the situation: "I understood little of what was going on around me. I didn't speak a word of Arabic and couldn't read it either," he writes. Once in Cairo, he produced almost a dozen reports for the "Tagesschau" news programme during the two-week conflict – but as he later found out, they were all intercepted by the Egyptian authorities and none of them made it to Germany.

A different era of journalism

These are stories from a long-gone era with working conditions barely imaginable today. Not only did journalists back then have to contend with erratic telephone links from the Middle East, if they did manage to film a report it had to be flown out of the country. Such hurdles are difficult to convey to the modern generation accustomed to being able to call up world events almost as they happen. 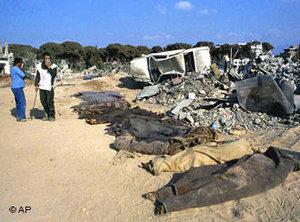 "Shrugging off the last remnants of civilization": In 1982 Ulrich Kienzle was one of the first to report on the massacres committed in the Palestinian refugee camps of Sabra and Shatila

​​Kienzle began his journalistic career half a century ago in 1962, at the Süddeutsche Rundfunk – this too a matter of chance. Another public-service broadcaster ZDF had been founded that year and had, as Kienzle unpretentiously reports, poached so many staff from ARD that it was desperate to also recruit new people: "I couldn't do anything, but nevertheless a week later I landed at SDR," and all "without any journalistic qualifications."

Kienzle started out reporting for the "Tagesschau" and the "Weltspiegel" from various locations including Egypt, Cyprus and then, during the Lebanese civil war, from Beirut, where he succeeded the notorious Gerhard Konzelmann. Beirut was like "a port city on the Côte d'Azur, without a hint of the Orient", he established upon arrival with some disappointment, but was soon impressed by the "exuberant and vivacious city" where people lived "as though on a high".

Stints as a war correspondent

The majority of Kienzle's book is devoted to descriptions of daily life in Lebanon during the war, and the best passages in the memoir combine witty reportage with journalistic thoroughness. Kienzle's style is chatty, and he is easy on the ear because, above all, despite obvious pride at the pioneering work of the day, he does not take himself as seriously as many of his colleagues who are Middle East experts.

Kienzle does not try to explain the world, he is fascinated by it. And occasionally, he despairs at it. In 1982 he was one of the first to report on the massacres committed in the Palestinian refugee camps of Sabra and Shatila, and his recollections of those events are still hard-hitting even three decades later. As he summarises it in the book, at the time he had to "watch as a nation shrugged off the last remnants of civilization." 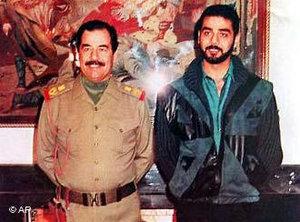 "One of the most embarrassing moments of my life": during the Iraqi occupation of Kuwait in 1990, Kienzle interviewed Saddam Hussein

​​Although the book does of course cover major political events and issues, the author repeatedly steers the narrative back onto a personal level, admitting for example that he dealt with the permanent threat of violence with "vast amounts of alcohol of all varieties". Kienzle was also not afraid to provoke in his reports.

For example, in an edition of the "Tagesschau" he once compared the Lebanese right-wing political-paramilitary Kata'ib Phalange to Germany's conservative Christian Social Union party – regarded by many as a backbone of Germany's traditionally-oriented middle class.

Alongside accounts of his stints as a war correspondent, there are also recollections of visits to Cairo, Damascus and Dubai, as well as encounters with Muammar al-Gaddafi ("a gifted eccentric") and Saddam Hussein. Before his interview with the latter, during the Iraqi occupation of Kuwait in 1990, he was relieved of his fountain pen and tie pin and told they could be "potential murder weapons".

After the interview, the dictator grabbed the journalist's hand, who then found himself standing "unwittingly holding hands with Saddam Hussein in the entrance to his palace". Kienzle describes this as "one of the most embarrassing moments of my life," – a moment also documented with a photograph in the book. 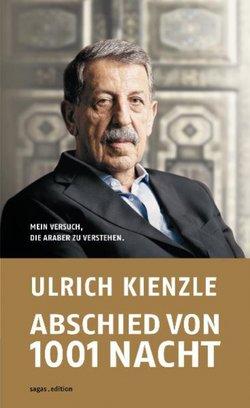 Despite obvious pride at the pioneering work of the day, Kienzle does not take himself as seriously as many of his colleagues who are Middle East experts, writes Pflitsch

​​Kienzle's memoirs go much further than most of the countless works of non-fiction concerning the "flashpoint Middle East", because not only is he documenting the history of the region, he is also providing an account of television history and affording a valuable insight into the heyday of foreign correspondents – "an absolute dream job at the time".

Walter Mechtel, who founded ARD's Middle East bureau in Beirut in 1966, allegedly asked immediately after arriving where the Lebanese President had his suits made: "He then placed orders for 10 suits from the presidential tailor, and whenever he turned up at the Stuttgart editorial office in one of these prestigious outfits, everyone was rather embarrassed."

Anecdotes such as this are indicative of a mentality prevalent in West German media at the time. Here, the swashbuckling image of the Middle East correspondent, one which still resonates to this day, is traced back to its roots, its daredevil attitude and its broadcast consciousness as "global pundit".

Kienzle himself admits that he thought he was "incredibly important" when he met the Cypriot Prime Minister for the first time: "I imagined that I had arrived in the world of international journalism. This wasn't the Sindelfingen local council sitting opposite me, but a real-life prime minister." The spirit of optimism in the media of the late 1960s then hooked up with the quixotic political idealism of the time.

"In the beer halls," the author writes, recalling his time at WDR in Cologne, "we soon cast our bourgeois lives overboard and believed the global revolution could be ushered in with a drag of beer."

The book's subtitle is "My attempt to understand the Arabs". But Kienzle's memoirs not only illuminate his own personal journey, they also describe some of the reasons why to this very day, there are still so many misunderstandings between the two supposedly foreign worlds.

Home
Print
Newsletter
More on this topic
Journalism or Propaganda? Prejudice and Media Perception in the Middle EastAl Jazeera and Qatar: Accessories of the Arab SpringIslam and Western Media: Islam-Experts, Ten-a-Penny
Related Topics
Arab Spring, Arabellion, Book reviews, History of the Near and Middle East, Media dialogue, Media in Germany
All Topics

Business in the Moroccan city of Tangiers is booming due to its location at the nexus of global trade routes. But many locals are failing to reap the benefits. What they crave ... END_OF_DOCUMENT_TOKEN_TO_BE_REPLACED

Morocco and the European Union are at cross purposes when it comes to the Western Sahara. And, as Germany does not support Moroccan claims to the territory, a major conflict has ... END_OF_DOCUMENT_TOKEN_TO_BE_REPLACED

Jewish voices are much more diverse than the public often sees. Jewish men and women who oppose the injustice of Israeli occupation in the West Bank deserve our respect and ... END_OF_DOCUMENT_TOKEN_TO_BE_REPLACED

They’ve already got the Louvre; they’ll soon have a Guggenheim Museum as well – and now the Emirates have added literature to their quest for cultural supremacy in the Arab world ... END_OF_DOCUMENT_TOKEN_TO_BE_REPLACED

The Germans have a fragmented perception of the conflict between Israel and the Palestinians, and their discourse is dominated by certain catchphrases. All the while, there is a ... END_OF_DOCUMENT_TOKEN_TO_BE_REPLACED

An unusual organisation brings Jews and Muslims together to fight hate and promote dialogue. In the small central German city of Marburg they have been jointly calling for an end ... END_OF_DOCUMENT_TOKEN_TO_BE_REPLACED
Author:
Andreas Pflitsch
Date:
Mail:
Send via mail

END_OF_DOCUMENT_TOKEN_TO_BE_REPLACED
Social media
and networks
Subscribe to our
newsletter