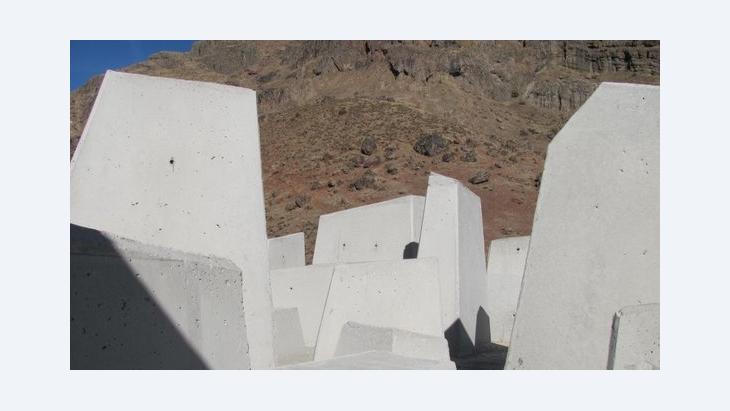 A major Kurdish uprising ﻿took place 75 years ago i﻿n what was the province of Dersim (now the Turkish-named Tunceli Province). It was brutally crushed and ended with the death or deportation of thousands of villagers. Today, cautious steps are being taken to address this painful chapter of history. By Ekrem Eddy Güzeldere

"They forgot to kill our fathers and mothers, that's why we're still here." Dilaver Eren is sitting in the restaurant of the only large hotel in Tunceli (in Kurdish Dersim) and appears quite relaxed in view of the horrors he is relating.

He has told his family story many times, even to the Turkish prime minster, Recep Tayyip Erdogan, in Ankara in late 2009, when he led a delegation from Dersim that met with leading members of the ruling party, AKP. Two years later, in November 2011, Erdogan then spoke in greater detail about the "events" of 1937/38 at a meeting of AKP regional leaders: "If an apology should be made in the name of the state, then I apologise."

Even though this was not really an admission of guilt, and its utterance was essentially a strategic move by Erdogan against the major opposition party,  CHP, and its leader Kemal Kiliçdaroglu, who is himself from Dersim, the statement did break a taboo and set something in motion.

Opposite Eren sits Kazim Arik, also a member of the 2009 delegation to Ankara. His family comes from the village of Civarik, scene of one of the worst massacres. At the time, the state took action against the Kurdish-Alevi population, which it accused of rebelling against the state, not performing military service and not paying any taxes. 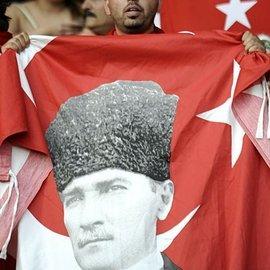 The father of the nation: Mustafa Kemal Ataturk sought to build a secular, homogenous Turkey with a powerful state; any minorities who resisted this drive for uniformity met with a fierce response

​​Before the massacre, the state had begun expanding the town's military infrastructure in the mid-1930s: "My relatives even helped with the construction of roads and barracks, because they thought it would be followed up with the building of schools, state institutions and the establishment of a power grid."

This was not to be. Once the infrastructure was in place, "the villagers were murdered and the corpses doused with petrol and set alight. My parents just happened not to be in the village at the time and survived," says Arik.

Studies estimate that between 70,000 and 100,000 people were murdered; some 10,000 were relocated to western Turkey. Even though people are generally aware of where the massacres took place, there are no graves and no sites where descendants can remember their relatives.

This is set to change. Arik's nephew, the Istanbul-based, prize-winning architect Dara Kirmizitoprak describes the process in his office in the Istanbul business quarter of Levent: "After Erdogan apologised, we thought that the time had come to do something specific. A group from Dersim met several times and we developed the idea of building a memorial to the victims. It was my design; an entrepreneurial couple immediately agreed to provide the funding, and Dilaver Eren assumed on-site responsibility for the project implementation. The idea was to create places of mourning and remembrance, to transform all the pent-up fury into some kind of process of re-appraisal. One side is saying sorry; the other side is forgiving."

Kirmizitoprak designed memorials made of natural concrete. The design was intended to reflect the chaos of the massacre: "Large pillars for adults, small ones for children; animals such as horses are also part of the memorial; it's a cemetery, but not a symmetrical one," he says.

The idea quickly caught on. Tekin Türkel, the Mayor of Mazgirt – a village with a population of 1,600 around 20 km south of Tunceli – immediately made every effort to ensure that the first memorial would be erected in his village. A symbolic date was chosen for the opening: 17 November, the day when local resistance leader Seyid Riza was hanged in 1937.

Building work began in the hills above the village in September. The memorial, which is 500 m² in size, was located on a site measuring just under 6,000 m². Everything went according to plan for just over a month. Then, when around 70 per cent of the project had been completed, construction work was stopped.

As to the reasons for this, there are two versions: one from Kirmizitoprak and one from the others involved in the project. For Kirmizitoprak, the problems were simply bureaucratic. The mayor disagrees. As far as he is concerned, the reasons for the suspension are "political. The bureaucratic reasons are cited to cover this up. The site in question is of no interest to anyone, it's the back of beyond, as they say." 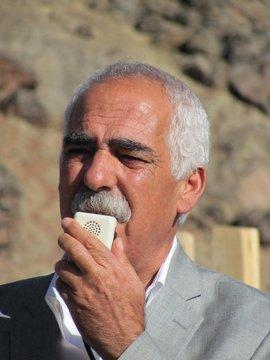 Bringing light into the darkness of the Turkish past: Tekin Türkel, the mayor of the village of Mazgirt, is keen to reappraise the Dersim massacre of 1937/38 and would like to see the half-finished memorial to the victims in his village completed

​​Despite the break in construction work, a remembrance event did take place in Mazgirt on 17 November. A number of dignitaries took part including the Lady Mayor of Tunceli, Edibe Sahin, the BDP member of parliament Demir Çelik and the head of the Alevi Federation from Ankara. All are confident that the imposed interruption in construction will soon be reversed and that the memorial can be officially inaugurated in May.

But this would be just the start. There are plans to build a total of 60 memorials. According to Eren, it will be some time before work can begin on the other memorials, as "there are different ownership issues to be clarified at each site. Sometimes the site belongs to a ministry, sometimes to the municipal authorities, and sometimes it's private property."

﻿A dark chapter in Turkish-Kurdish history

One of the key figures behind this push to reappraise the history of Dersim is Cemal Taş, the driving force behind an oral history project that began in the 1980s; a man who has met many eye witnesses and documented their stories either in writing or on video.

The research has led to the publication of several books, one of them entitled Houses of Ash. This book describes the burning of villages and the expulsion of residents – not in the 1930s, but in the 1990s, when many villages in this region were again destroyed in the conflict with the PKK, and people were forcibly relocated to western Turkey, some of them for the second time.

The memorial initiative represents another tentative step towards addressing a dark chapter in Turkish–Kurdish history.

A broad U.S.-led effort to hold the Chinese government to international account for its abuses of largely Muslim Uighurs in Xinjiang would, at the very least, remind China that ... END_OF_DOCUMENT_TOKEN_TO_BE_REPLACED

The outpouring of solidarity worldwide following the violent death of George Floyd should prompt us to step back and fundamentally question racist structures and privileges based ... END_OF_DOCUMENT_TOKEN_TO_BE_REPLACED

The recent murder of Turkish student Pinar Gültekin by her ex-boyfriend has sparked outrage in Turkey. Women's rights activists are calling for the government to tackle the ... END_OF_DOCUMENT_TOKEN_TO_BE_REPLACED

While the government claims the new lawyers' act will be more pluralistic and democratic, lawyers believe it will harm the right to free trial and split them down political lines ... END_OF_DOCUMENT_TOKEN_TO_BE_REPLACED

The photos of the first Friday prayers in Hagia Sofia in 86 years triggered passionate and diverse responses around the world. Surrounded by a coterie of ministers, Turkey's ... END_OF_DOCUMENT_TOKEN_TO_BE_REPLACED
Author:
Ekrem Güzeldere
Date:
Mail:
Send via mail

END_OF_DOCUMENT_TOKEN_TO_BE_REPLACED
Social media
and networks
Subscribe to our
newsletter