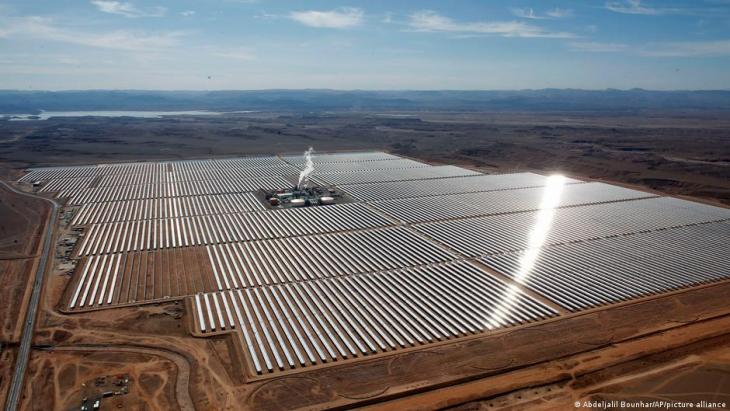 The war in Ukraine is likely to change the energy market in the Middle East and North Africa – in favour of solar energy. While the region is still punching way below its potential, some countries are making progress. By Kerstin Knipp and Cathrin Schaer

Many politicians in Germany and the European Union have come to one conclusion as a result of the war in Ukraine: countries in the west must wean themselves off the import of fossil fuels from Russia as quickly as possible. Consequently, the development and use of renewable energies should play an even greater role in the future than they have to date.

As a result the focus is shifting to countries in the Middle East and North Africa. It is one of the sunniest regions on earth and could also potentially supply energy to Europe.

MENA countries are, however, a long way from generating the levels of power already achieved in Europe. While the EU produced around 810 kilowatt hours of solar power per capita in 2020, Morocco and Saudi Arabia generated only 106 and 74 kilowatt hours, respectively, in the same year. Nevertheless, the two countries remain pioneers in terms of solar energy production in the region.

Some countries in the region still make surprisingly little use of solar energy, despite the many hours of sunshine they get each year. Poor governance, corruption and lack of money are often to blame. Lebanon is a case in point: in the country, which has been suffering from a severe financial and political crisis for years, state-owned enterprises are responsible for many of the problems – including those in the energy sector. Almost every day, the Lebanese have to deal with power cuts lasting several hours. "Both Lebanon's electricity sector, and EDL (Electricite du Liban, a state-owned utility) in particular, have long been cited as the main culprits behind the country's economic and financial crisis", says a study by the American University of Beirut, published in a report in September 2021. 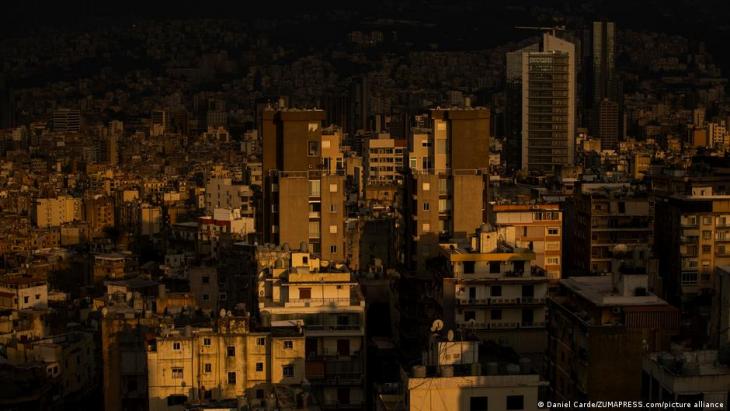 Eerie darkness over Beirut: almost every day, the Lebanese have to deal with power cuts lasting several hours. In the country, which has been suffering from a severe financial and political crisis for years, state-owned enterprises are responsible for many of the problems – including those in the energy sector. "Both Lebanon's electricity sector, and EDL (Electricite du Liban, a state-owned utility) in particular, have long been cited as the main culprits behind the country's economic and financial crisis", says a study by the American University of Beirut, published in a report in September 2021

The constant shortage of electricity and the rising cost of fuel for generators have necessarily increased demand for private solar panels. But the high prices – a cheap system costs the equivalent of almost 3,700 euros – are beyond the means of many.

Morocco, on the other hand, has been successful in developing alternative energies. Near the city of Ouarzazate in the south of the country, for example, is the "Noor" solar complex – the Arabic word for "light". The plant is one of the largest of its kind in the world. The first of the power plant's four units alone has been producing around 400 gigawatt hours of electricity a year since it went into operation in 2016 – enough to meet the average annual needs of around 400,000 people.

However, some of the technology used in Ouarzazate to produce solar thermal energy is not competitive, says Bauke Baumann, head of the Heinrich Boll Foundation's office in Rabat. Due to long-term contractual obligations, this technology cannot be easily replaced and produces overpriced electricity that the state still has to subsidise, Baumann said in interview.

For the most part, however, newer solar parks are now mainly using the latest in solar cell technology, the German expert said. "Their use makes the technology interesting even for average consumers. Because compared to fossil fuels, they produce extremely cheap energy." Since Morocco has no resources of its own, it has to import them all. Especially in view of the Ukraine war, however, there is a risk of significant price increases, which could pose considerable problems for many citizens.

Renewable revolution in the Gulf

Another frontrunner in the MENA region is the United Arab Emirates (UAE). In 2020, the country was among the world's leading producers of solar energy with a per capita output of 1,385 kilowatt hours. By comparison, Germany, also a world leader in solar energy, produced around 1,490 kilowatt-hours per capita in 2020. 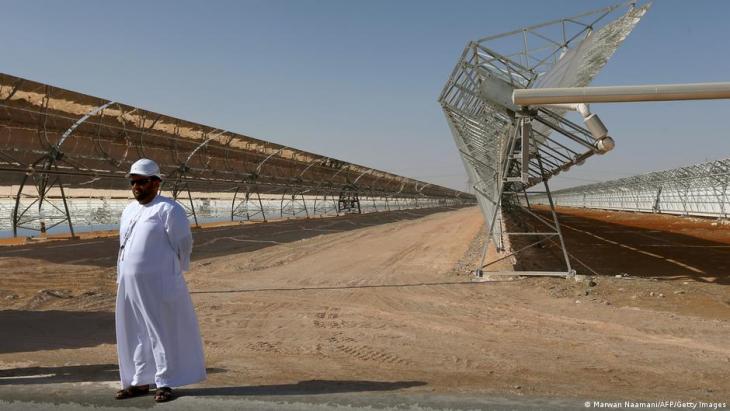 The region's frontrunner: the United Arab Emirates (UAE) leads the Arab world in renewable energy. In 2020, the country was among the world's leading producers of solar energy with a per capita output of 1,385 kilowatt hours. By comparison, Germany, also a world leader in solar energy, produced around 1,490 kilowatt hours per capita in 2020

Saudi Arabia is also pushing ahead with the expansion of alternative energies. For a long time, the kingdom concentrated on producing electricity primarily from its oil reserves. But this policy has changed fundamentally under the rule of Crown Prince Mohammed bin Salman (also known as MbS for short). From now on, oil is mostly to be exported – and no longer used as fuel for domestic energy production.

In the meantime, the Saudis have entered into cooperation with neighbouring countries as well. Oman's first solar power plant, completed in January this year, for instance, was financed by investments from Saudi Arabia and Kuwait.

Impact of the war in Ukraine

Now, however, the war in Ukraine is also posing problems for the solar industry. To date, Russian and Ukrainian companies have played an important role as raw material suppliers for renewable energies, says Li-Chen Sim, a researcher at the Middle East Institute (MEI) in Washington. Steel, aluminium, cobalt, nickel, neon and palladium often come from these two countries. It is questionable whether the corresponding supply chains will be able to continue functioning properly, Sim admitted.

Conversely, the war in Ukraine could also lead to more investment in solar energy. In Morocco, for example, petrol and diesel prices have risen significantly, says Bauke Baumann of the Heinrich Boll Foundation in Rabatt. This has triggered a debate about the energy supply of the future.

"Currently, many plants are being planned that produce green hydrogen. There was already considerable demand for this before the war. That is likely to increase again in the current climate," Baumann says. He points to the British company Xlinks, which has secured a large area of land in southern Morocco with the intention of producing electricity there directly for the British market. The electricity is to be transported to the UK using an undersea cable that has yet to be laid. "There is no shortage of projects," says Baumann. "No doubt, the impact of the war in Ukraine will only serve to reinforce that."

Since Ali Khamenei, Iran's most powerful man, has openly and unconditionally come out in support of Putin's war in Ukraine, logistical help is on its way, with an allegedly ... END_OF_DOCUMENT_TOKEN_TO_BE_REPLACED

The Palestinian militant organisation Hamas, with Hezbollah's help, is building up a military presence in Lebanon, the ultimate consequences of which could be devastating, writes ... END_OF_DOCUMENT_TOKEN_TO_BE_REPLACED

In this essay, renowned Lebanese journalist and writer Hazem Saghieh asks whether the Arab Levant, which stretches from Iraq in the east to Egypt in the west, will remain an ... END_OF_DOCUMENT_TOKEN_TO_BE_REPLACED

By 2050, the Middle East and North Africa could be dealing with many more elderly people suffering from dementia. A lack of facilities, specialists and local knowledge means the ... END_OF_DOCUMENT_TOKEN_TO_BE_REPLACED 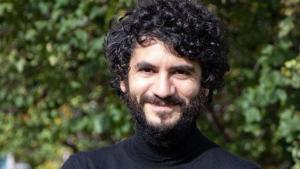 In his debut novel, "Flügel in der Ferne" (Wings in the Distance), award-winning French author Jadd Hilal gives voice to four women from four different generations who tell the ... END_OF_DOCUMENT_TOKEN_TO_BE_REPLACED

Lebanon and Sri Lanka may be a world apart, but they share a history of political turmoil and violence that has led to the collapse of once-prosperous economies bedevilled by ... END_OF_DOCUMENT_TOKEN_TO_BE_REPLACED
Author:
Cathrin Schaer und Kersten Knipp
Date:
Mail:
Send via mail

END_OF_DOCUMENT_TOKEN_TO_BE_REPLACED
Social media
and networks
Subscribe to our
newsletter