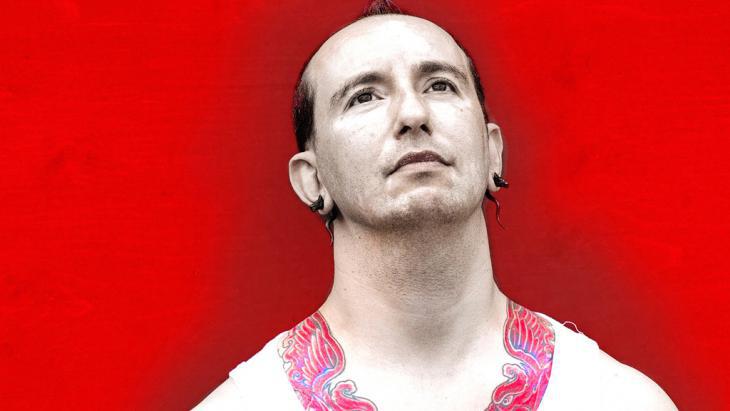 One man has changed the face of the Turkish music scene for good: Arkin Ilicali alias Mercan Dede. His new album, "Dunya", completes his cycle on the elements. Stefan Franzen introduces an exceptional musician and his latest work

A born wanderer between his new home in Montreal and his roots on the Bosporus, between Sufi spirituality and DJ culture, between Anatolian heritage and progressive pop, Mercan Dede has undoubtedly become a symbol of a new Turkey that is open to the rest of the world.

His earliest musical recollections include the sound of the ney flute from the radio, something that fascinated him even at the age of six, and the wedding songs sung by Roma women. "The spherical, classical sound of the flute and the tribal character of the voices – both aspects perhaps had such an influence on my subconscious that I bring them together in my music now," he reflects.

He also had a zealous interest in the traditions of Sufi mystics as a teenager. Yet all these fascinations didn't lead him directly into music. Instead he first left his Anatolian village to study photojournalism in Istanbul. His pictures attracted quite a lot of attention and he was invited to put on an exhibition of his work in Saskatoon, Canada.

It was here, on the other side of the world, that the young photographer came into contact with ethnomusicology, experiencing music from all over the globe. Electronic sounds and ethnic cultures, he realised, are only apparent antagonists. He put the two together in his new home of Montreal in the early nineties, in the midst of the germinal techno boom. Playing to harder audiences under his DJ name Arkin Allen, he made more traditional appearances as "Mercan Dede", a name taken from a character in a novel by Ihsan Oktay Anar.

Combination of the archaic and the technoid

"I noticed I could create incredible energies by combining the archaic and the technoid," he says of this early phase of his career. "I definitely see links to central Asian shamanic music, where every scale is used to heal a certain part of the body. My stage show sometimes affects the audience like an unexpected spiritual experience." After developing a cult following in Turkey, the new millennium saw Mercan Dede become the country's greatest export.

His international fame is founded on a CD trilogy devoted to the elements, beginning in 2002. On "Nar" (fire), "Su" (water) und "Nefes" (breath), he unfurled his ambitious sound philosophy, giving it an almost orchestral dimension. Three generations of virtuosos from the worlds of both traditional and classical Turkish music meet rappers, jazz musicians and world music stars, including the Tunisian singer Dhafer Youssef and the global dance diva Natacha Atlas. Freely interpreted variations on sema, the spinning dance ritual of Turkey's Sufi dervishes, are a firm fixture of his shows to this day.

This affinity to dance also prompted several collaborations with choreographers such as Pina Bausch during this phase of his career. Dede made regular showings at the top of the world music charts and appeared in Fatih Akin's Istanbul music documentary "Crossing The Bridge". His 2008 album "800" marked the 800th anniversary of the Sufi poet Rumi's birth, with pieces performed by a multinational ensemble of musicians from Turkey, Iran, China, Canada, India and Switzerland.

After that Mercan Dede went quiet, taking a long creative break. Now he's back with the album "Dunya", finally completing the elements cycle with the missing aspect: earth. In an interview, he explains why it took him so long: "On all my albums, the most important thing for me is sincerity. The music has to be the soundtrack to the experiences life is presenting me with at the time. So after fire, air and water, I started working on this earth album. But it didn't feel right, as if I didn't have a strong enough connection to the earth, so I put off working on it for a while. In between, I even had the idea of not bringing the album out until after my death, when had become earth once again and understood it better."

In the spirit of Rumi and Hafez

The record did get made in the end though, once Mercan Dede found a new aspect for rendering earth in musical form. The album is very spiritual and personal, he explains, because "Dunya" can also be translated as "your life". "I've spent years collecting sounds in different cities – it's my acoustic notebook from India to Brazil, from Tokyo to Montreal." He also brought together quotes from great Persian Sufi masters from Rumi to Hafez during the production, along with cassette recordings of poems by an unknown poet friend by the name of Yalinayak Basikabak (meaning "barefoot and bald-headed"). The music is also accompanied by the only original recording of Gandhi speaking.

"Dunya" is a double-CD with the titles "Sunset" and "Sunrise", one extremely danceable and club-compatible and the other a more meditative, traditional suite using free rhythms and fascinating female voices. Dede collaborates once again with the Alevi singer Sabahat Akkiraz and also brings in the exiled Iranian Azam Ali, who specialises in modern vocalisations of Sufi poems.

The album's two chapters, says Dede, reflect the two faces of his artistic nature, but also the state of the earth: "Sunset stands for the decline of the earth and our humanity. It has a materialistic, electronic, digital aspect; it's less personal. Whereas sunrise means the awakening of the spiritual layers within us. Together, they create a magical life cycle of day and night, light and darkness, acoustic and digital. As a human race, we're precisely in the middle of these two aspects."

Millions in Idlib depend on aid coming through a northern border crossing. On 10 July, the UN Security Council votes whether to keep it open. The decision may hinge not only on ... END_OF_DOCUMENT_TOKEN_TO_BE_REPLACED

Bachtyar Ali sends the hero of his latest novel – "Mein Onkel den der Wind mitnahm" – literally flying. Jamshid is so thin after his years as a political prisoner that a gust of ... END_OF_DOCUMENT_TOKEN_TO_BE_REPLACED

For a century, the Kurds and other minorities in Turkey have been subject to state repression. With his dissertation "The Kurdish Question in Turkey", political analyst Ismail ... END_OF_DOCUMENT_TOKEN_TO_BE_REPLACED

Despite what heads of state may claim, the Russian attack on Ukraine is not a wake-up call for a self-confident Europe that defends its values. The war is accelerating the decline ... END_OF_DOCUMENT_TOKEN_TO_BE_REPLACED

At the EU's outer borders, the right of migrants to a fair asylum procedure continues to be systematically disregarded. Take Greece, for example: in the worst case scenario, those ... END_OF_DOCUMENT_TOKEN_TO_BE_REPLACED
Author:
Stefan Franzen
Date:
Mail:
Send via mail

END_OF_DOCUMENT_TOKEN_TO_BE_REPLACED
Social media
and networks
Subscribe to our
newsletter