A Football Hero in a National Identity Farce

As playmaker at Real Madrid, and key attack asset on the German national squad, Mesut Özil has matured into a true soccer superstar. And now the unassuming player finds himself at the centre of Germany's ongoing national identity debate. By Lewis Gropp 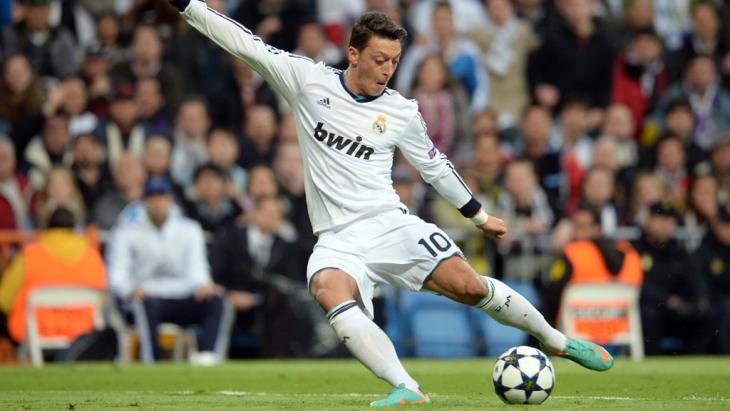 Not that long ago, Mesut Özil was still meeting his mates for a kickabout in the "monkey cage", a dusty ring-fenced enclosure in the district of Gelsenkirchen-Bismarck.

Today, Özil is right up there in the limelight, playing with the "royals" on the lush green pitch at Real Madrid, sending the entire stadium and millions of fans all over the world into a delirium of delight with his dazzling soccer wizardry.

From simple folk to the super-intellectual, there's barely a football fan out there that can resist the magical power of Özil's outstanding talent.

Even in the national strip, the ex-Werder Bremen star now numbers among the squad's top performers. At the very latest, after the national team's gala performances in this year's World Cup against England (4:1) and Argentina (4:0), the young man with the narrow shoulders and melancholy gaze was raised up to the rank of global soccer star.

The unseemly national wrangling over Özil was almost forgotten, a dispute that arose when Turkish national coach Fatih Terim courted the fancy footwork technician with gritty tenacity, although Özil had already decided to join the German squad. Özil's website was then hit with numerous hostile messages and accusations of "high treason".

But before the European Championship qualifier last Saturday, when Germany and Turkey faced each other off in Berlin, the dispute flared up yet again. In an interview with the Süddeutsche Zeitung ahead of the match, Hamit Altintop indirectly accused Özil of opportunism, and said that Özil had dishonourably turned his back on "his own". 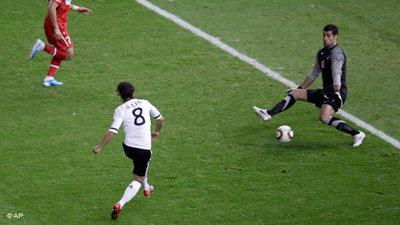 Deliberate own goal? According to some Turks, Mesut Özil can never be a German, despite the fact that he was born and bred in the German town of Gelsenkirchen. Here, he scores against the Turkish team in the 3:0 European championship qualifier on 8 October 2010

​​ Altintop, who, like Özil, was born and raised in Gelsenkirchen, made a decision back then to play for the Turkish Football Federation, a move he explained in the interview by referring to his Turkish identity. Özil on the other hand, he said, had a more powerful lobby as a member of the German national squad, a greater market value, and more earning power. "If he had decided to play for Turkey, he wouldn't have played in the World Cup and wouldn't be at Real Madrid now."

Altintop went on to say that Özil's decision to play for Germany had had nothing to do with integration. But is this actually correct? Özil was born and raised in Germany, and has only ever been to Turkey on holiday.

Why shouldn't he feel at home here? Özil himself commented on the matter by saying that his family has lived in Germany for three generations, that he played his way through all the German Football Association (DFB) youth squads and that joining any other team would have been out of the question. "I feel completely at home here," said Özil on Thursday.

In the meantime, it appears politicians in this country are prepared to go to quirky lengths to score points with Özil's popularity. For example, the Chancellor's office asked the DFB to release a photograph for publication showing Angela Merkel in the changing rooms congratulating match winner Özil after Germany's 3:0 defeat of Turkey. 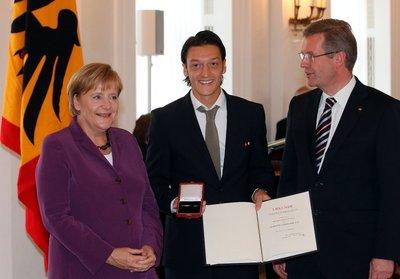 Football is politics, too: Mesut Özil is awarded the Silver Bay Laurel Leaf, the highest sports award in Germany, by Germany's president Christian Wullf in the not entirely altruistic presence of chancellor Angela Merkel

​​ But for the Chancellor, this is about more than just pulling a sly stunt to boost opinion polls and approval ratings – it is an attempt by Angela Merkel to adopt a stance, in an indirect but symbolic way, in the Islam debate going on within her own party. Ever since SPD politician Thilo Sarrazin blustered that migrants and in particular Muslim immigrants are diluting the supposedly high-grade German gene pool, the political establishment has found itself in a quandary.

And the mood within the CDU has been brewing uncomfortably since German President Christian Wulff stressed, in his speech to mark German Unity Day, that Islam is a part of Germany.

Commenting in the Leipziger Volkszeitung, the Bavarian Minister of Social Affairs Christine Haderthauer of the CSU warned that such a statement was open to misinterpretation. "Religious freedom must not be allowed to become religious equality," she said. But what on earth is that supposed to mean? In Germany – thank goodness – religious freedom prevails. That means that Muslims are allowed to practice their faith, and that like all other religious communities, they are allowed to build houses of worship. That makes Islam de facto a part of Germany. And it didn't happen yesterday.

The current debate concerning Islam may mirror public fears that the country is being overrun by foreigners, and also be a consequence of what are to some extent grave integration problems. But essentially, this debate is hypocritical and phoney. Repeatedly referring to Europe's Christian tradition in discussions about western values is a denial of the fact that human rights and the German constitution were pushed through against the Church and Christian traditions. 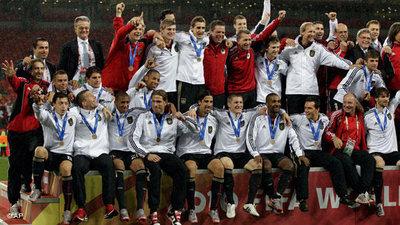 ​​ The western value system is a value system of ideological neutrality that has universal validity and is so successful because of its pluralistic neutrality and its concept of equality. Those who maintain that Islam should be marginalised are not promoting our values, but already working on their abolition.

Mesut Özil, generally regarded as a shy person, recently added his voice to the debate and rejected the views of Thilo Sarrazin. "Because I sincerely hope that a time will finally come when all of us in Germany feel like members of one big family," he said in an interview. "We all live together, many Turks also have a German passport and are in favour of integration. That's why I think it's a shame that we're still having this discussion."

The fact that the German tabloids publish opportunistic, hypocritical and celebratory coverage of the "German" successes of Özil and Sami Khedira on the one hand, while also running opinion pieces that stoke anti-foreigner sentiments and describe people born and raised here as foreigners, is downright schizophrenic. Mesut Özil would be just as much a German even if he wasn't able to kick a ball into an empty goal from a distance of two metres. After all, the boy comes from Gelsenkirchen.

END_OF_DOCUMENT_TOKEN_TO_BE_REPLACED
Social media
and networks
Subscribe to our
newsletter