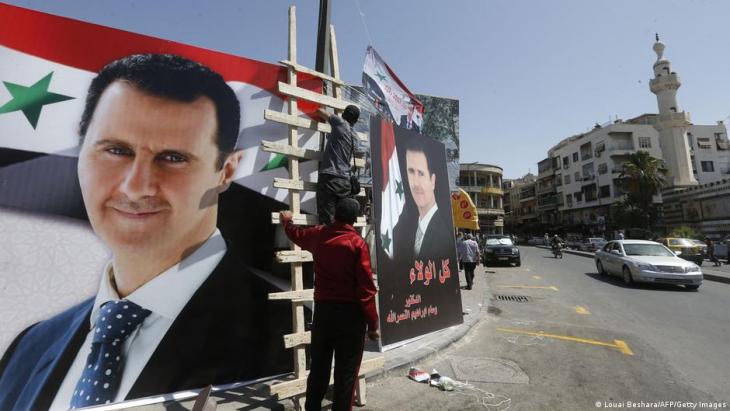 While Bashar al-Assad is still shunned by the West, which blames him for a decade of brutal war in Syria, a shift is under way in the Middle East, where Arab allies of the United States are bringing him in from the cold by reviving economic and diplomatic ties. By Maha El Dahan

The extension of Assad's two-decade-old presidency in an election in May did little to break his pariah status among Western states, but fellow Arab leaders are coming to terms with the fact that he retains a solid grip on power, according to regional analysts, diplomats and former government officials.

The chaotic U.S. withdrawal from Afghanistan has firmed up a belief among Arab leaders that they need to chart their own course, these analysts and officials say. Anticipating a more hands-off approach from Washington, now preoccupied by the challenge of China, Arab leaders are driven by their own priorities, notably how to rehabilitate economies hammered by years of conflict and COVID-19.

When asked about the shift, the U.S. State Department said there was no change to its Syria policy. A department spokesperson said: "What we have not done and will not do is express any support for efforts to normalise or rehabilitate the brutal dictator Bashar al-Assad, lift a single sanction on Syria, or change our position to oppose the reconstruction of Syria until there is irreversible progress towards a political solution."

Government officials in Damascus could not immediately be reached for comment on Syria's relations with Arab states. 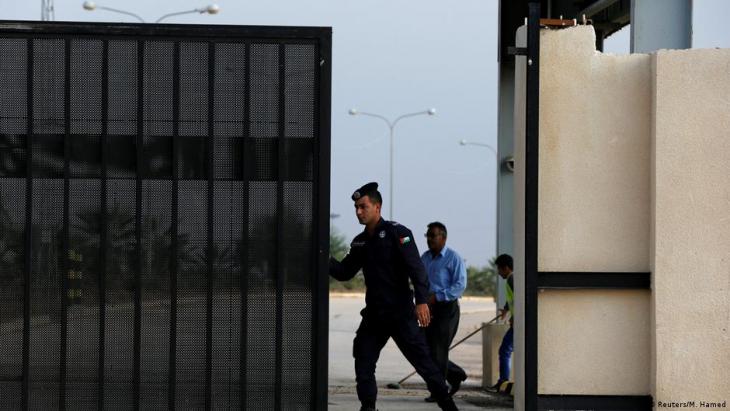 Jordan leading the pack when it comes to Arab policy shift: Amman has repeatedly said it is seeking to improve ties with Syria. The border between Syria and Jordan re-opened fully for trade in September, and the country has been a driving force behind a deal to pipe Egyptian natural gas to Lebanon via Syria, with an apparent U.S. nod of approval. "When Jordan breaks these barriers and establishes ties at this pace, there will be countries that will follow suit," says Samih al-Maaytah, a former Jordanian minister and political analyst

Political as well as economic considerations loom large in Arab capitals such as Cairo, Amman and Abu Dhabi. These include their ties with Assad's most powerful backer, Russia, which has been pressing for Syria's re-integration, and how to counter the influence carved out in Syria by Iran and Turkey.

Turkey and its support for Sunni Islamists across the region – including a swathe of northern Syria that remains outside Assad's grasp – is of particular concern to Arab rulers who can make common cause with Damascus against Islamist groups, analysts say.

But while the signs of Arab rapprochement with Damascus are growing – King Abdullah of Jordan spoke to Assad for the first time in a decade this month – U.S. policy will remain a complicating factor. Washington says its policy still demands a political transition as set out in a Security Council resolution. U.S. sanctions targeting Damascus, tightened under President Donald Trump, still pose a serious obstacle to commerce.

But in Washington, analysts say Syria has hardly been a foreign policy priority for President Joe Biden's administration. They note his focus on countering China and that his administration has yet to apply sanctions under the so-called Caesar Act, which came into force last year with the intent of adding to the pressure on Assad.

After being warned against dealing with Damascus by the Trump administration, Arab states are pressing the issue again.

"U.S. allies in the Arab world have been encouraging Washington to lift the siege on Damascus and allow for its reintegration into the Arab fold," said David Lesch, a Syria expert at Trinity University in Texas. "It appears the Biden administration, to some degree, is listening." This marks a shift from the early years of the conflict when Syria was expelled from the Arab League and states including Saudi Arabia, Jordan and the United Arab Emirates backed some of the rebels that fought Assad. 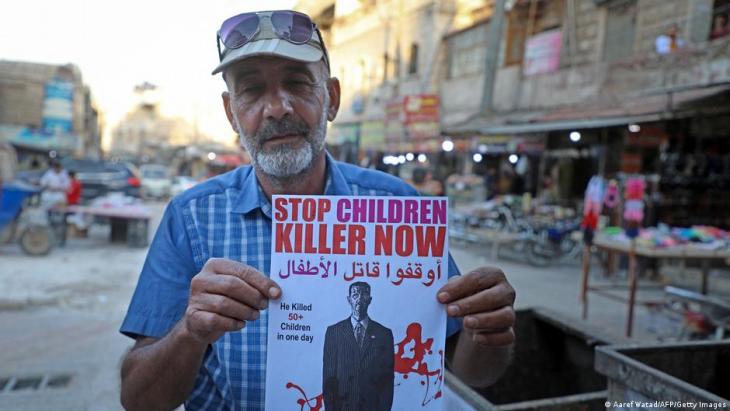 U.S. policy on Syria remains unchanged: "What we have not done and will not do is express any support for efforts to normalise or rehabilitate the brutal dictator Bashar al-Assad, lift a single sanction on Syria, or change our position to oppose the reconstruction of Syria until there is irreversible progress towards a political solution," said a U.S. State Department spokesman

The decade-long conflict, which spiralled out of a popular uprising against Assad during the "Arab Spring", has killed hundreds of thousands of people, uprooted half the population and forced millions into adjacent states and Europe as refugees. Anti-Assad rebels still have a foothold in the north, with support from Turkey, while the east and northeast is controlled by Kurdish-led forces backed by the United States.

But while the conflict is unresolved, Assad is back in control of most of Syria thanks largely to Russia and Iran, which were always more committed to his survival than Washington was to his removal, even when chemical weapons were fired on rebel areas.

Jordan, Syria's neighbour to the south, has been leading the pack on the Arab policy shift with an ailing economy and a rocky patch in relations with its wealthy Gulf neighbour Saudi Arabia. It has repeatedly said it wants to improve ties with Syria. A Jordanian government spokesman did not immediately respond to a request for comment on the future course of its relations with Damascus.

The border between Syria and Jordan was fully re-opened for trade last month, and Amman has been a driving force behind a deal to pipe Egyptian natural gas to Lebanon via Syria, with an apparent U.S. nod of approval. "When Jordan breaks these barriers and establishes ties and it's at this pace, there will be countries that will follow suit," Samih al-Maaytah, a former Jordanian minister and political analyst, told Al Mamlaka, a state-owned broadcaster.

The crossing was once plied by hundreds of trucks a day moving goods between Europe, Turkey and the Gulf. Reviving trade will be a shot in the arm for Jordan and Syria, whose economy is in deep crisis. It should also help Lebanon, now suffering one of the sharpest economic depressions in modern history.

Normalisation means ignoring or even justifying the Assad regimes crimes against humanity and ongoing impunity.

It means accepting a massive attack on civilians, international law, and human rights - with ramifications far beyond Syria. pic.twitter.com/PivgY9O3ee

"I’m absolutely sure the Jordanians feel that the U.S. will not sanction them," Jim Jeffrey, former U.S. Special Envoy for Syria under Trump, commented. "There’s a tremendous buzz among media, among friends in the region, that the U.S. is no longer aggressively sanctioning Assad under the Caesar Act or other things."

The mood was reflected at last month's U.N. General Assembly, where Egyptian and Syrian foreign ministers met for the first time in a decade, and at the Expo 2020 Dubai exhibition, where the Syrian and Emirati economy ministers discussed the revival of a bilateral business council.

Saudis hesitant, but could be next

The UAE had invited Syria to Expo 2020 despite attempts to "demonise the regime", said Syria's ambassador to the UAE, Ghassan Abbas, speaking at the Syria pavilion where the theme was "We Will Rise Together".

"Is there a new approach in dealing with Syria? Yes."

"The big effort is to get Saudi Arabia and Syria into some kind of reconciliation, and I think Saudi is coming around, they are just waiting for the U.S.," said Joshua Landis, Syria specialist at the University of Oklahoma.

With authoritarianism once more gaining ground in the Middle East and North Africa, the European Council on Foreign Relations explores how European diplomats can be more effective ... END_OF_DOCUMENT_TOKEN_TO_BE_REPLACED

Abdul Fattah al-Sisi's National Human Rights Strategy smacks of the containment and sabotage tactics adopted by counter-revolutionaries during Egypt's 2011 revolution and its ... END_OF_DOCUMENT_TOKEN_TO_BE_REPLACED

Sudan is the exception to the rule in the United Arab Emirates’ counter-revolutionary playbook, writes James M. Dorsey. In contrast to Egypt or Yemen, where it went out of its way ... END_OF_DOCUMENT_TOKEN_TO_BE_REPLACED

Racism exists in the Arab world. People with dark skin are discriminated against and often see their rights curtailed. Activists have had enough of such treatment and are starting ... END_OF_DOCUMENT_TOKEN_TO_BE_REPLACED

General Abdel Fattah Al-Burhan has declared a state of emergency in Sudan and dissolved the Sovereign Council, which was made up of military personnel and civilians. What will now ... END_OF_DOCUMENT_TOKEN_TO_BE_REPLACED

Sex education – taboo in the Middle East. Or is it? Thanks to social media, millions these days are daring to ask everything about "it". Jennifer Holleis has the details END_OF_DOCUMENT_TOKEN_TO_BE_REPLACED
Author:
Maha El Dahan
Date:
Mail:
Send via mail

END_OF_DOCUMENT_TOKEN_TO_BE_REPLACED
Social media
and networks
Subscribe to our
newsletter