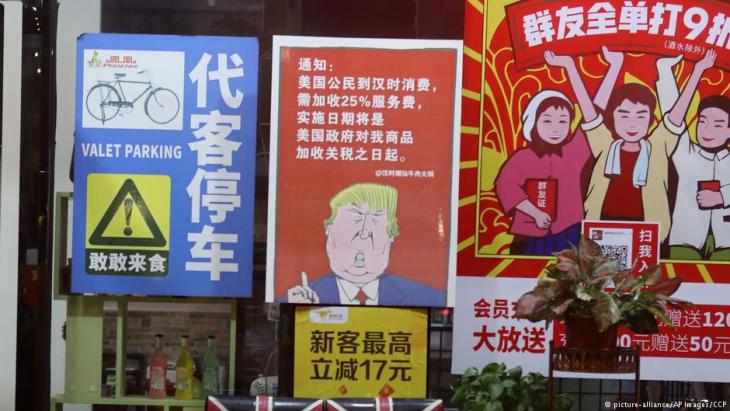 Trumpʹs latest campaign to put pressure on China, with the option of raising existing trade tariffs of 10% to 25% by year-end, is just part of an escalating trade war between two super economic powers that could have disastrous effects – with the fragile Middle East destined to feel the pinch. By Stasa Salacanin

One of the key hotspots of the trade dispute is likely to be Iran – a country with very close ties to China and one of the main Chinese suppliers of crude. After the United States unilaterally walked away from the Iran nuclear deal, China remained the only certain meaningful customer of Iran capable of ignoring U.S. sanctions and retaliation measures.

Of late Beijing has been Tehranʹs most important trading partner, accounting for 25.6 percent of imports and 19.7 percent of exports. In addition, China has also made clear that it will not stop buying Iranian oil and break commercial ties with Tehran, especially having cut imports of U.S. crude amid the ongoing trade war with America. On the other hand, however, China has also pledged not to increase its oil purchases from Iran.

Mohammadbagher Forough, a research associate at the Clingendael Institute and assistant professor of International Relations at Leiden University explained to Qantara.de that the U.S. sanctions against Iran are a perfect economic and energy opportunity for China for three reasons.

Firstly, China can use its relations with Iran as leverage against the United States.

Secondly, with European companies leaving Iran for fear of being sanctioned, Chinese companies that are more protected and cannot be sanctioned by the U.S., are now free to enter the Iranian energy market and stand to benefit greatly from deals originally designed for European companies.

Thirdly, due to the fear of sanctions, many countries will be hesitant to enter into energy deals with Iran. This will give China more bargaining power against Iran when it comes to pricing. 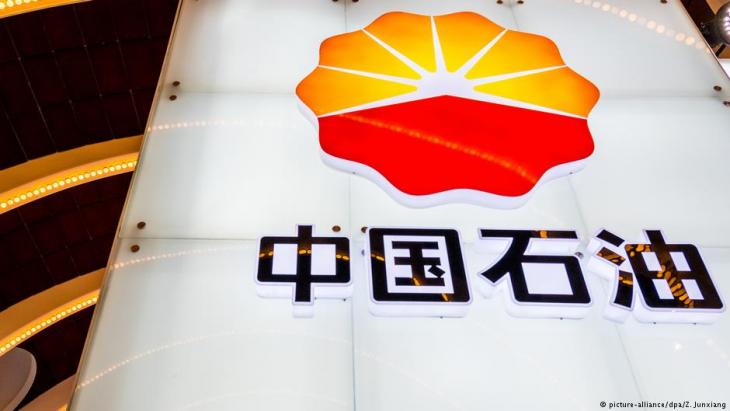 When French giant Total pulled out of Iran following the de-certification of the JCPOA, China National Petroleum Corp (CNPC) was quick to take over the shares of French Total in an Iranian project involving the South Pars gas field. Total held a 50.1 percent stake in the South Pars field, the largest natural gas field in the world, with estimated reserves worth .9 trillion. CNPC added this to its original 30 percent stake to become the majority shareholder

Nevertheless, it remains to be seen to what extent and how successfully China will continue its co-operation with Iran and whether Beijing can withstand the pressure from Washington. Just recently, Chinaʹs top refiner Sinopec halved its oil imports from Iran as of September, seen by some as bowing to pressure from the United States, which is currently seeking to reduce Iranian oil exports down to zero.

Although President Trump has already proven unpredictable and erratic, Andrea Ghiselli, a project manager with ChinaMed consultancy and researcher at the School of International Relations and Public Affairs of Fudan University in Shanghai does not think the U.S. will hit Chinese banks involved in the purchase of Iranian oil. According to him, this would be seen as a direct attack against China and it would be highly destabilising for Sino-U.S. relations.

Moreover, Ghiselli predicts that China may try moving away from trading Iranian oil using U.S. dollars. This would come as no surprise considering the degree of interest in the crude futures contract traded on the Shanghai International Energy Exchange. Although Iranian oil is not deliverable through the Shanghai exchange, it seems likely that there are workarounds.

German Middle East analyst Guido Steinberg and television journalist Ulrich Tilgner have both published new books on the conflicts in the Middle East. Their analyses and their ... END_OF_DOCUMENT_TOKEN_TO_BE_REPLACED

On 27 March, Iran and China signed a 25-year accord intended to foster "strategic co-operation". Despite ongoing uncertainty over the deal's actual scope, content and chances of ... END_OF_DOCUMENT_TOKEN_TO_BE_REPLACED

Turkey launched its nationwide vaccination campaign with a Chinese vaccine in January. But the public focus is more on the desolate economic situation. Turkish politicians have ... END_OF_DOCUMENT_TOKEN_TO_BE_REPLACED

This 11 September marked the nineteenth anniversary of the terrorist attacks in New York and Washington. The wide-ranging repercussions of those attacks in the years since 2001 ... END_OF_DOCUMENT_TOKEN_TO_BE_REPLACED

Lacking support from Arab countries for its stance on the Kashmir dispute, Pakistan is looking for new alliances under China's leadership. How practical is it for Islamabad to ... END_OF_DOCUMENT_TOKEN_TO_BE_REPLACED
Author:
Stasa Salacanin
Date:
Mail:
Send via mail

END_OF_DOCUMENT_TOKEN_TO_BE_REPLACED
Social media
and networks
Subscribe to our
newsletter