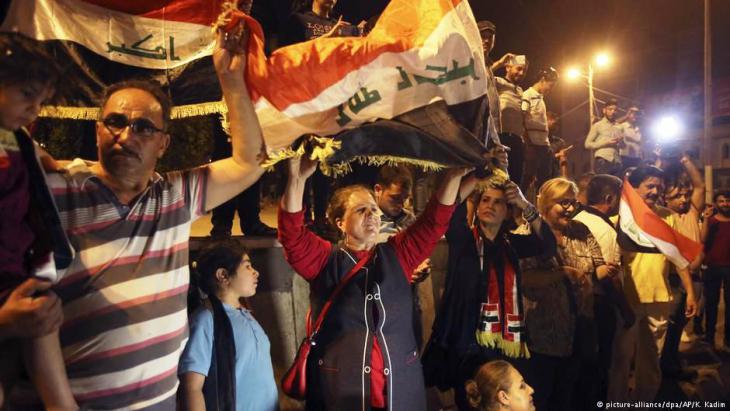 Provided its leaders correctly reassess the changing regional and domestic dynamics and agree to allow all Iraqis, regardless of their sect and cultural orientation, to choose their own political and civil structure, the country can still overcome the horrors of the past 14 years. Essay by Alon Ben-Meir

Iraq, once the cradle of civilisation, has and continues to experience one of the most horrific violent conflicts in modern history that defies any semblance of civilised humanity. It is hard to imagine the mammoth death and destruction that has been inflicted on the Iraqi people by foreign powers and domestic terrorism.

Since the invasion of Iraq by the U.S. and its allies in 2003, up to 500,000 civilians have been killed. From 2006, there have been 40,000 recorded terrorist attacks averaging more than 7,100 deaths per year. Nearly 225,000 have become refugees and 3.1 million are internally displaced. The destruction of infrastructure and socio-economic dislocation created widespread hunger and disease, especially among the tens of thousands of children who are vulnerable and suffering from malnutrition. All this human and material devastation culminated in the rise of IS that has ravaged the country, while the internal indiscriminate terrorism between Sunnis and Shias continues unabated.

This tragedy is unfolding as the Iraqi government and people are still languishing in the shadow of death and ruin, wandering about the political wilderness in search of ways to piece the country back together in the wake of IS′ eventual defeat. These efforts, however, may well prove to be an exercise in futility. 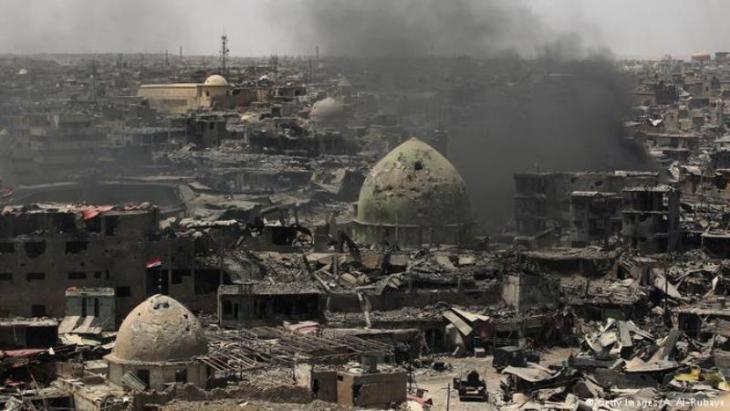 High time for a new road-map: ″the central government must support the establishment of an independent Sunni entity and amend the constitution to reflect the new political and territorial divisions, addressing endemic corruption and establishing a fair and impartial judiciary, while refraining from meddling in the internal affairs of Kurds or Sunnis,″ writes Ben-Meir

Self-determination in the Kurdish north

The Abadi government ignores the fact that the Iraqi Kurds are on the verge of establishing their own independent state following the upcoming mid-September referendum and that the Sunnis will reject the status quo ante and never again subjugate themselves to the whims of a Shia government in Baghdad.Having suffered intense discrimination, oppression and wanton violence perpetrated against them, especially during the eight years of the Maliki government, the Sunni community has long since concluded that their future well-being depends on their will and ability to govern themselves. They are determined to follow the footsteps of their Kurdish counterparts by establishing autonomous rule as a prerequisite to ending Sunni-Shia bloodshed.

The carnage between the two sides that started immediately following the 2003 Iraq war continues to rage, claiming the lives of hundreds each week and is unlikely to abate as long as: a) the Iraqi government and outside powers, including the U.S., are still absorbed in the illusion of maintaining Iraq′s geographical unity; and b) Shia Iran and Sunni Saudi Arabia are waging a proxy war in Iraq to secure their geostrategic interests to become the region′s hegemon. 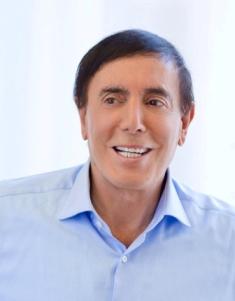 Alon Ben-Meir is professor of international relations at the Center for Global Affairs at NYU. He teaches courses on international negotiation and Middle Eastern studies

In many ways, the rise of IS and its control over much of the Sunnis′ three provinces has further deepened the Sunnis′ resolve to fight for their independence from any internal or external power. In addition to the egregious mistreatment they have suffered under the Maliki government, the Sunnis endured the brunt of IS′ brutality and its horrific ruling methods.

Children were affected the most, as they were witnessing the unspeakable cruelty of IS in real time. Children were recruited to commit the most heinous crimes; hundreds of thousands have been traumatised as they were forced to watch beheadings and the gruesome treatment of innocent bystanders ′suspected′ of committing petty crimes.

The liberation of Mosul offers a new beginning to build a promising future for Iraq. In that regard, I maintain that Iraq′s strength rests on the three main sects becoming first politically independent from one another.

The central government must support the establishment of an independent Sunni entity and amend the constitution to reflect the new political and territorial divisions.

Internally, the Iraqi government must address the endemic corruption which consumes nearly one third of the country′s revenue, establish a fair and impartial judiciary, engage in economic development and refrain from infringing on the Kurds′ and Sunnis′ internal or external affairs as they put their own houses in order.

Given that the Sunnis′ three provinces have no oil, their economic development depends on securing their share of revenue by passing the long-anticipated oil law. In addition to that, the new Sunni entity would need the financial support from the Gulf states, the U.S. and the EU to become a viable entity.

Twenty years after 9/11, the world is faced with the dual challenge of Islamophobia and anti-Westernism. Ahmet Kuru argues that Muslims in the West, well versed in both Western ... END_OF_DOCUMENT_TOKEN_TO_BE_REPLACED

Two decades after the attacks of 11 September 2001, the West faces the shattered debris of its failure – not only in Afghanistan, but also in Iraq, Syria, Libya and Yemen. What ... END_OF_DOCUMENT_TOKEN_TO_BE_REPLACED

Twenty years after 9/11, the United States is recalibrating its war policy. However, its assertions that the era of endless wars is over are a myth, writes Maha Hilal END_OF_DOCUMENT_TOKEN_TO_BE_REPLACED

The coronavirus pandemic has turned lives upside down all over the world. In the Middle Ages, however, people lived with epidemics all the time. The best and most famous ... END_OF_DOCUMENT_TOKEN_TO_BE_REPLACED

While agreeing last week to a withdrawal of US combat troops from Iraq, neither Iraqi nor US leaders can admit publicly how much they need each other. By Cathrin Schaer END_OF_DOCUMENT_TOKEN_TO_BE_REPLACED

Reading Hassan Blasim's God 99 is an immersive experience of grief and exaltation, anger and disgust, writes Marcia Lynx Qualey. We join the Iraqi narrator as he sits around in ... END_OF_DOCUMENT_TOKEN_TO_BE_REPLACED
Author:
Alon Ben-Meir
Date:
Mail:
Send via mail

END_OF_DOCUMENT_TOKEN_TO_BE_REPLACED
Social media
and networks
Subscribe to our
newsletter