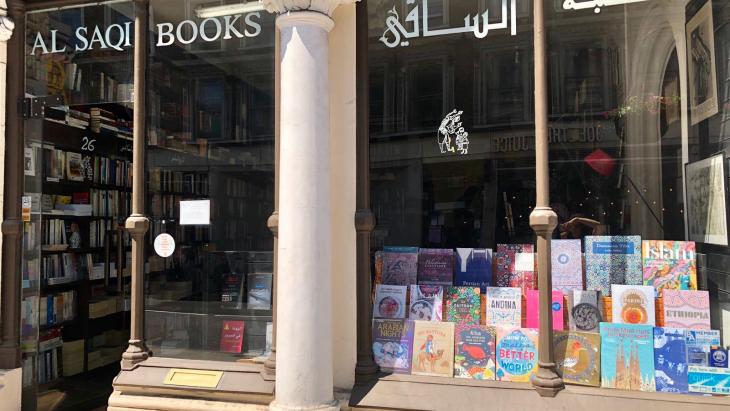 London-based Al Saqi Books, Europe’s largest specialist bookseller for publications from the Middle East, has been forced to close because of the hike in prices of Arabic-language books and because Brexit has been "detrimental" to business

Al Saqi Books in Bayswater opened in 1978 and sells books on the Middle East and North Africa in English, and on all subjects in Arabic.

Its recent top-selling titles, according to its website, included the cookbook Bread and Salt by Asmahan Barwani, in Kurdish and English, and Classical Poems by Arab Women, a bilingual book in English and Arabic.

The shop will shut on 31 December this year, with bookshop director Salwa Gaspard saying it was a “difficult decision that had to be made because of recent economic challenges, such as the sharp increases in Arabic-language book prices”.

Al Saqi Books was founded by Andre and Salwa Gaspard and the late Mai Ghoussoub, three friends who had settled in London from war-torn Lebanon.

The shop, said a statement about its closure, was a "leading light not only for Middle Eastern expatriates, but for visitors from across the region keen to obtain works banned in their own countries".

Gaspard said the bookshop used to source and buy its stock from Lebanon, "but the economic situation there has made this all but impossible", as book prices in the country had increased dramatically.

The devaluation of the Egyptian pound combined with rising food prices is taking its toll on Egypt. More and more people are slipping into poverty. Karim El-Gawhary reports from ... END_OF_DOCUMENT_TOKEN_TO_BE_REPLACED

Since returning to power in Afghanistan, the Taliban have steadily eroded the rights and opportunities of women and girls, particularly their access to education. But Afghans are ... END_OF_DOCUMENT_TOKEN_TO_BE_REPLACED

The book "The Invention of the Maghreb: between Africa and the Middle East" prompts us to review basic terminology. This includes terms that we use almost every day as if they are ... END_OF_DOCUMENT_TOKEN_TO_BE_REPLACED

Tunisia has been going through a severe economic and political crisis in recent years. More than one in three young people there are unemployed. For many skilled, qualified and ... END_OF_DOCUMENT_TOKEN_TO_BE_REPLACED

At the end of every year, the team at Qantara.de gives you a run-down of the ten most-read articles on the site over the past 12 months. Here is a quick overview of the stories ... END_OF_DOCUMENT_TOKEN_TO_BE_REPLACED

The government in the Netherlands, one of the last European nations to abolish slavery, has made an historic apology. But some feel that there is still a long way to go. By Ella ... END_OF_DOCUMENT_TOKEN_TO_BE_REPLACED
Date:
Mail:
Send via mail

END_OF_DOCUMENT_TOKEN_TO_BE_REPLACED
Social media
and networks
Subscribe to our
newsletter