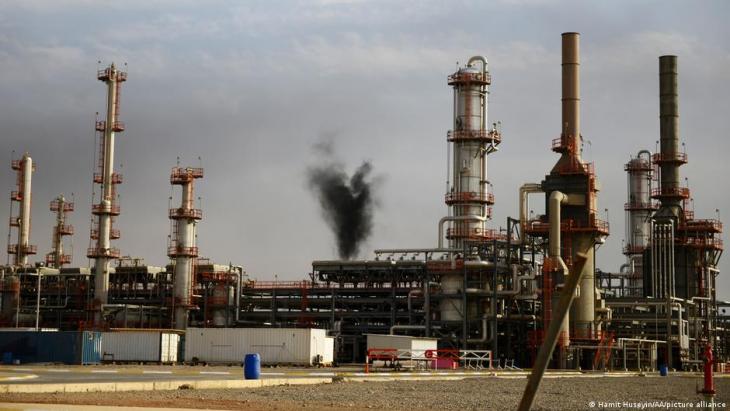 The Ukraine war has seen energy prices spike with oil producers in the Middle East making more money than ever. But will it put the brakes on long-planned reforms to diversify oil-reliant economies in the region? By Cathrin Schaer

Two years ago, Iraq almost ran out of money. The country is the world's fifth biggest oil producer and it should be rich. But because almost everything Iraq earns comes from its oil sales, the Middle Eastern nation's budget is at the mercy of global oil prices.

Already in 2015, the International Monetary Fund predicted Iraq could run out of money within five years if it didn't diversify its economy away from oil. In 2020, the prediction came close to reality when, thanks to the COVID-19 pandemic, oil prices fell by over a third and Iraq's national income almost halved.

That was a huge problem because almost all the money Iraq earns is used to pay for state services and salaries of state employees. The country has one of the biggest public sector workforces in the world and the Iraqi government pays salaries or benefits like pensions to around seven million Iraqis.

During the last few months of 2020, the government found itself unable to pay salaries on time, sparking demonstrations around the country.

In October 2020, Iraq's Ministry of Finance published a "white paper for economic reforms" which spoke about the desperate need for economic reform. It was clear that as the world turned toward more environmentally friendly energies, Iraq would need to find other sources of income.

But that equation may have changed recently. The Russian invasion of Ukraine has seen oil prices rise to new highs. They're being pushed even higher as European nations contemplate an embargo on Russian oil as part of a further sanctions package.

And what is bad news for European consumers is good news for oil- and gas-producing countries like Iraq, Saudi Arabia, Qatar and the United Arab Emirates. According to the World Bank, oil prices increased by 55% between December last year and March 2022, after the Ukraine war began. 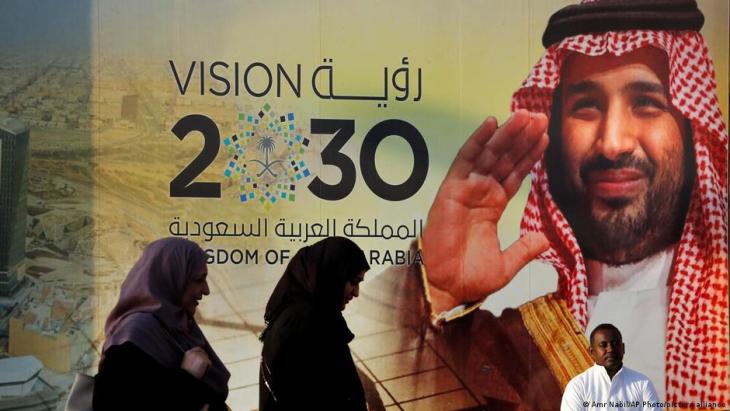 Reduce oil dependency, diversify revenue sources: Iraq is not the only oil-producing country in the Middle East seeking other sources of income. Since 2016, Saudi Arabia – the world’s largest exporter of oil – has been working on its ambitious and hugely expensive Vision 2030 project, which combines financial and social change with a move toward renewable energies. The UAE and Qatar have also been trying to future-proof their economies against the inevitable day when the world turns to renewables, with the former trying to diversify its income by becoming a regional hub for business

That has meant a huge surge in cash for Middle Eastern energy producers. In March, Iraq's oil exports were worth just over $11 billion (€10.5 billion), the most the country has earned for oil in a month since 1972.

Obviously, Iraq can afford to pay all of its bills this month, and the next. But what does this mean for reforms planned before these price rises? Is there even any point to them anymore?

Similar reforms have been planned in other energy exporting nations in the Middle East. Since 2016, Saudi Arabia has been working on its ambitious and hugely expensive Vision 2030 project, which combines financial and social change with a move toward renewable energies.

The UAE and Qatar have also been trying to future-proof their economies against the inevitable day when the world turns to renewables, with the former trying to diversify its income by becoming a regional hub for business.

"While an influx of proceeds does reduce various pressures on the leaderships of these countries and makes it easier to meet distributive responsibilities [like paying public sector salaries], higher energy prices are not a political game changer," said Robert Mogielnicki, a senior resident scholar at the Washington-based Arab Gulf States Institute.

But what it will do is make it easier to conduct reforms which, Mogielnicki argued, won't be abandoned. "There's no doubt that we're moving toward a greener future," he said. "It's just unclear when that's going to happen. That's why states are making a huge push to forge into new energy markets, such as hydrogen."

'Blood in the water'

Karen Young, founding director of the Program on Economics and Energy at the Middle East Institute in Washington, agreed. The Gulf states in particular are capitalising on this moment, she said – and not just thanks to higher oil prices but also on the general market volatility.

The prospect of increasing inflation and food shortages, combined with higher oil prices, will exacerbate differences between countries in the region, she said. Oil-producing nations will weather crises better because all that cash means they have an advantage over their neighbours.

"As part of their foreign policy, Gulf states have directed foreign aid and direct investment to support certain governments at certain moments," Young explained. Now they have more resources to do that.

For example, Egypt has been particularly hard hit by repercussions from the Ukraine war and was forced to devalue its currency in late March. At the end of that month, Saudi Arabia deposited $5 billion (€4.75 billion) in Egypt's central bank to shore up its economy. Saudi Arabia's increasingly wealthy state-backed Public Investment Fund will also be investing further in Egypt. 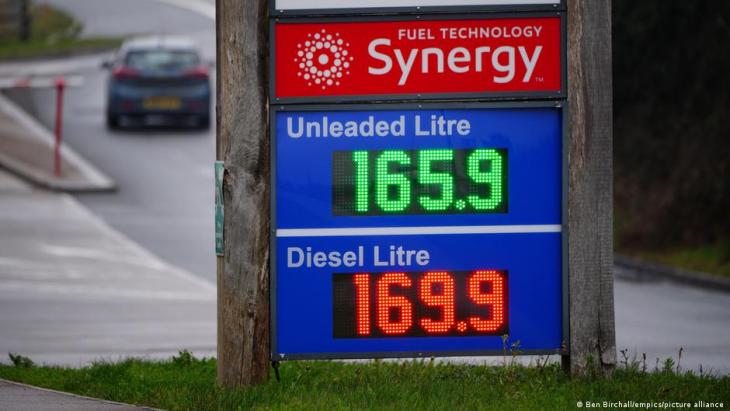 Price of oil skyrockets: following Russia’s invasion of Ukraine and the imposition of an embargo on Russian oil by European countries in response, the pump price of petrol and diesel broke all records

And gas-producing Qatar, whose energy exports will hit $100 billion (€95 billion) for the first time since 2014, has also promised investments of around $5 billion in Egypt.

"There's blood in the water," Young explained. "They're basically on a shopping spree. It is opportunistic but it also makes financial sense."

"Although this windfall creates opportunity for interventions, it may be that Gulf states are going to seek more of a return on investment and focus on their domestic agendas and future positions, including their own security," Young said. "We are more likely to see investments in domestic defence and technology at home."

Despite what heads of state may claim, the Russian attack on Ukraine is not a wake-up call for a self-confident Europe that defends its values. The war is accelerating the decline ... END_OF_DOCUMENT_TOKEN_TO_BE_REPLACED

At the EU's outer borders, the right of migrants to a fair asylum procedure continues to be systematically disregarded. Take Greece, for example: in the worst case scenario, those ... END_OF_DOCUMENT_TOKEN_TO_BE_REPLACED

Madrid's about-face on the Western Sahara conflict has enraged Algeria. Trade relations have been frozen unilaterally and a cut in gas supplies to Europe could be in the pipeline ... END_OF_DOCUMENT_TOKEN_TO_BE_REPLACED

Mourad al-Marouai was just nine when a landmine killed him on a beach in war-torn Yemen, a tragedy that will haunt his family forever. After a swim, the little boy "suddenly ... END_OF_DOCUMENT_TOKEN_TO_BE_REPLACED

A ceasefire has been in effect in Libya for the past year and a half. Yet after Russia's attack on Ukraine, another proxy war looms in Africa's most oil-rich country. Mirco ... END_OF_DOCUMENT_TOKEN_TO_BE_REPLACED

END_OF_DOCUMENT_TOKEN_TO_BE_REPLACED
Social media
and networks
Subscribe to our
newsletter