Efforts to re-start the peace process in the Middle East now confront a stark new reality: two mutually hostile Palestinian entities in Hamas-ruled Gaza and the Fatah-led West Bank must be factored into the process. Mkhaimar Abusada comments 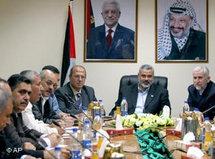 If the Hamas-Fatah split brings about another territorial partition, Palestinians' national aspirations will suffer their gravest setback in the last half-century, writes Mkhaimar Abusada

​​The Hamas/Fatah face-off marks a dramatic shift in Palestinian politics, whose top priorities until now has been an end to the Israeli occupation and the establishment of an independent state.

It also tremendously complicates peace negotiations, which both the Palestinians and the "Quartet" (the United States, the European Union, the United Nations, and Russia) had premised on maintaining the Gaza Strip and the West Bank as a single territorial unit.

Ironically, these territories were reunited by Israel's victory in the 1967 war, after 19 years of separation. Previously, Egypt had ruled in Gaza, while Jordan annexed the West Bank. Under Israel's occupation, and then with the establishment of the Palestinian Authority (PA) in 1994, the territories remained separated geographically, but not politically. The Hamas takeover in Gaza has – at least for now – ended that political unification.

Palestinian President Mahmoud Abbas has now set his conditions for dialogue. Hamas must withdraw its armed men from all security headquarters they occupied, return power to the legitimate authority, and apologize to the Palestinian people.

Although internal division harms Palestinians' national interest, it is unlikely amid mutual accusations and incitements that dialogue between Fatah and Hamas will be conducted soon.

But the fear that is most consuming Abbas and Fatah is that the conflict with Hamas might spread to the West Bank. To avoid such a scenario, Abbas has banned all militias and military groups in the West Bank, including his Fatah Party's al-Aqsa Martyrs Brigades.

Abbas has succeeded in convincing Israel to grant amnesty to many Fatah fugitives in the West Bank who will join his security apparatuses.

Abbas has also asked Israel to allow the PLO's Badr Brigade, currently stationed in Jordan, to enter the West Bank. That would give Abbas an additional 3,000 well-equipped and trained troops. Following King Abdullah II of Jordan's intervention, Israel appears to have agreed to allow the Badr Brigade's entry with full arms and ammunition.

If Fatah is to become a viable partner for peace and regain its grassroots support, it must reform itself and end the widespread corruption that has undermined its reputation. Abbas must also share power with more disciplined, younger leaders. 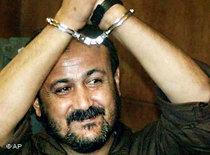 ​​Israel can help Abbas by releasing senior Fatah leader Marwan Barghouti, who is currently serving five life sentences in an Israeli prison. Owing to his influence with the Fatah militias, Barghouti's release could help Abbas and the discredited Fatah leadership, and boost the younger generation of Fatah leaders.

Israel is divided on how to deal with Hamas, which will also complicate the start of peace talks. Some Israelis argue that Hamas should be encouraged to establish order in Gaza and provide assurances to its neighbors.

If Hamas can establish order inside Gaza, prevent violence against Israel, and stop missile attacks against Israeli towns and villages, it might avoid Israeli military intervention.

But the dominant view in Israel is that Hamas is a direct threat, unwilling to stop attacks on Israel. For Israel, last summer's fight with Hezbollah in Lebanon demonstrated the risks of allowing radical Islamists to consolidate their power on Israel's border. Sooner or later, Israel is likely to deal with Hamas militarily, perhaps even by re-occupying Gaza.

One reason neighboring countries may take part in peace talks is that Egypt and Jordan fear that Hamas could begin actively to support these countries' own Islamic opposition groups. Moreover, Egypt, Jordan, and Saudi Arabia – the three main Sunni Muslim regimes – are concerned that Gaza could provide a base for their regional non-Arab foe, Shiite Iran.

Their fear is based on Iranian support for Islamist groups – Sunni and Shiite – in Iraq, Lebanon, and Palestine, as well as its ongoing relationship with Syria.

If the Hamas-Fatah split brings about another territorial partition, Palestinians' national aspirations will suffer their gravest setback in the last half-century.

Although the overwhelming majority of Palestinians reject the use of force to settle this power struggle, many welcome the change in Gaza, where Hamas has cleared the streets of armed militias and restored some law and order.

END_OF_DOCUMENT_TOKEN_TO_BE_REPLACED
Social media
and networks
Subscribe to our
newsletter