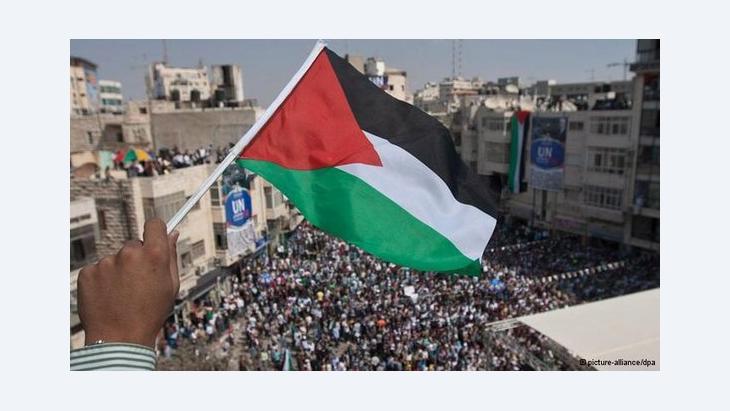 Palestinian analysts doubt that the recent deal between Fatah and Hamas will help overcome the Palestinian division. Still, people are demanding that both political camps put their differences aside and reach solutions. Bettina Marx reports

When the revolutions in Tunisia and Egypt sparked the Arab Spring a year ago, Palestinians also rose up against their situation. Young protestors took to the streets of Ramallah and Gaza, but security forces quickly stifled their actions. The demonstrators' main demand: the end of Palestinian division.

The Fatah-dominated Palestinian Authority in the West Bank and the Hamas leadership in Gaza should overcome their conflicts and form a unity government, the protestors demanded. Only with united forces would Palestinians be able to shake off the Israeli occupation.

Today, one year on, not a lot has changed for the people in the occupied territories. The revolution passed by the Palestinian territories practically without leaving a trace. Yet the questions of Palestinian unity continue to be on the agenda. 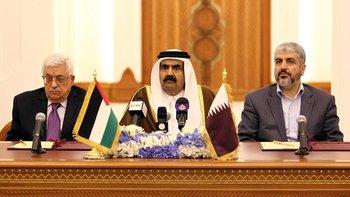 ​​Political analyst Hani Al-Masri said he has been observing the tentative rapprochement between Fatah and Hamas - that has been overshadowed by numerous setbacks - with cautious hope. Al-Masri, director of the Palestinian Center for Policy Research, an influential think tank in Ramallah, said he is convinced that Palestinians will only be able to shake off the occupation when the two feuding sides overcome their differences.

"We live in hell," said al-Masri. "The Israeli occupation is hell for us Palestinians and we can only successfully fight it when we overcome our inner division."

Both sides appear to be on the right track since Hamas leader Khaled Mashaal and Palestinian President Mahmoud Abbas reached a unity deal at talks in Doha, Qatar and Cairo last month. Under the agreement, Abbas will head the interim unity government and is tasked with organizing long-overdue general elections in the Palestinian territories.

Abbas already heads the Palestinian Authority, commands the security forces and is chairman of the PLO and Fatah. It is an enormous gain in power for Abbas, who has repeatedly signaled in the past that he is weary of his office and has threatened to withdraw from politics.

It is therefore hardly surprising that opposition is forming against this deal - in particular, from within Hamas, which sees the agreement as a constitutional problem. But al-Masri said such differences of opinion were perfectly normal. They were simply an expression of a lively political culture in Palestinian society, he told a panel at the Heinrich Böll Foundation in Berlin, Germany, last week.

Prime Minister Benjamin Netanyahu made it very clear following the Doha deal that Israel would not work together with a Palestinian unity government that included Hamas. Al-Masri said he found the reactions by the Israeli government more problematic than the internal Palestinian debate. 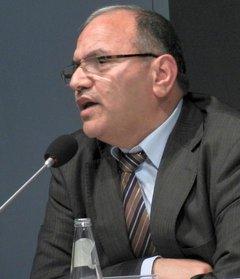 "The Israeli occupation is hell for us Palestinians”, Palestinian analyst Hani Al-Masri says, “we can only successfully fight it when we overcome our inner division."

​​The international community also applied double standards when it came to Israel and the Palestinians, he added. It put pressure on the Palestinians and made demands, but went easy on Israel. It boycotted Hamas, while it tolerated extremist statements by Israeli politicians and the "racist policies of Israeli parties," al-Masri said in Berlin.

But he said Palestinians expected fair dealings and uniform standards in dealing with the two conflicting parties in the Middle East - especially from the Europeans.

"We have trust in our cause and are convinced that the world can not permanently tolerate this injustice toward the Palestinians," al-Masri said.

However, Palestinians themselves are also viewing the rapprochement between Fatah and Hamas with skepticism. The prominent journalist Wafa Abdel Rahman said it was only a result of public pressure. Particularly young people in the West Bank and Gaza Strip demanded that their political leadership overcome Palestinian division.

The deals made in Qatar and Cairo however were insufficient to achieve this goal. Many points remained unclarified or were addressed in an unsatisfactory manner. It is urgent that these points be rectified, said Rahman, the founder of the NGO Filastiniyat in Ramallah. Security forces, for example need to be consolidated and merged before elections could take place, she said.

Rahman said armed groups, which currently were identified with one of the two political camps, had to be depoliticized. The interim government had to develop a political platform that was based on international law and UN resolutions. This would make it acceptable for Hamas and could not be dismissed by the international community, either.

Rahman said she was sympathetic towards the people's resistance in the West Bank. This included non-violent protests and acts of civil disobedience against the Israeli occupation forces. This peaceful opposition needed the solidarity and support of the West, she said.

Political analyst Wafeeq Khaled al-Natour said he welcomed the protests in the West Bank which were aimed against the systematic expropriation of Palestinian lands, against Israel's separation barrier and the expansion of Jewish settlements.

"Israel's settlement policies and the Palestinian displacement from rural regions in the West Bank are destroying the two-state solution," al-Natour said.

Is a revolution necessary? 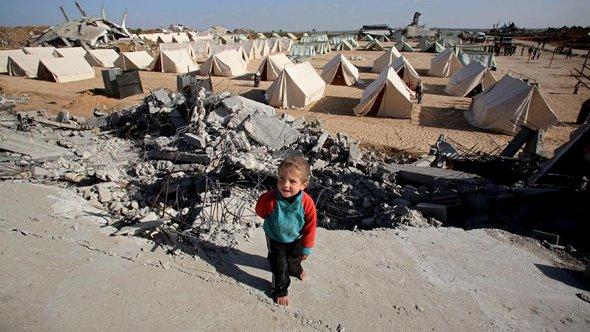 Many Palestinians live in refugee camps for years, but now Palestinian youths protest against the Israeli occupation and demand peace, equality and social participation. Pictured: Palestinian boy in a refugee camp in the Gaza Strip

​​Week after week, Palestinian youths took to the streets in protest, often supported by Israeli and international peace activists. With their demonstrations, they were carrying over the demands of the Arab Spring for peace, equality and social participation in the Palestinian territories.

Turmoil was brewing all across the West Bank, the more so as the Israeli army was breaking up demonstrations with violence and arresting the leaders. Should the situation grow even more acute, a third Intifada could break out, al-Natour said.

A third Intifada or a Palestinian Spring? Young people in the West Bank and the Gaza Strip are in close contact with their counterparts in Egypt, Syria, Libya and other Arab countries. As those youth have done, the young Palestinians are demanding democracy, a political voice and social rights. They are supported in their efforts by Palestinian politicians and intellectuals in the occupied territories and the diaspora.

"What is needed is a Palestinian version of the Arab revolutions that have swept the region: a mass movement demanding freedom, dignity, a just peace, real democracy and the right to self-determination," wrote the member of the Palestinian Parliament Mustafa Barghouthi in an op-ed for the International Herald Tribune recently. The goal of a nonviolent resistance movement is not to deny Israel the right to exist, but rather delegitimize the occupation.

As someone accustomed to presenting his country to interested outsiders, Israeli teacher and tour guide Noam Yatsiv makes the case for a more nuanced appreciation of the ... END_OF_DOCUMENT_TOKEN_TO_BE_REPLACED

Jewish voices are much more diverse than the public often sees. Jewish men and women who oppose the injustice of Israeli occupation in the West Bank deserve our respect and ... END_OF_DOCUMENT_TOKEN_TO_BE_REPLACED

The Germans have a fragmented perception of the conflict between Israel and the Palestinians, and their discourse is dominated by certain catchphrases. All the while, there is a ... END_OF_DOCUMENT_TOKEN_TO_BE_REPLACED

An unusual organisation brings Jews and Muslims together to fight hate and promote dialogue. In the small central German city of Marburg they have been jointly calling for an end ... END_OF_DOCUMENT_TOKEN_TO_BE_REPLACED

Professor Timothy Brennan's "Places of Mind: A Life of Edward Said" is a detailed biography of one of the most important intellectuals of the twentieth century, taking us on a ... END_OF_DOCUMENT_TOKEN_TO_BE_REPLACED

Yair Lapid, like his late father, is a journalist-turned-politician renowned for his staunchly secular positions. But as the centrist politician edges towards the Israeli ... END_OF_DOCUMENT_TOKEN_TO_BE_REPLACED
Author:
Bettina Marx
Date:
Mail:
Send via mail

END_OF_DOCUMENT_TOKEN_TO_BE_REPLACED
Social media
and networks
Subscribe to our
newsletter