Two Worlds Under One Sky

Migrants have generally played a fairly minor role in German literature. The Germanist Katy Derbyshire asks how this reflects the country's social reality – and takes a comparative look at British literature 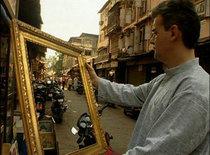 ​​In mid-February, the German Social Democratic research institute Friedrich Ebert Foundation and the literary establishment Literaturwerkstatt Berlin held a panel discussion and reading on the subject of "the exotic and the domestic". Lined up in front of a huge photo of a black carnival artiste in a white-feathered dress, the participants looked into whether migration has arrived in German contemporary literature. Writers with ethnic minority backgrounds, the authors and experts on the panel agreed, have long since become part of the German literary establishment.

But one of the experts on stage was Meral Cerci, head of the Research Project Interculture in North Rhine-Westphalia. And her devastating conclusion was: outside of what is commonly called migration literature, contemporary German writing does not reflect "Germany's cultural patchwork" in the slightest.

Waving the flag of cultural diversity

It's almost old hat by now: authors with other cultural backgrounds have very much arrived in mainstream German-language literature. Names like Sherko Fatah, Ilja Trojanow, Terezia Mora and Saša Stanišić regularly crop up in newspaper arts sections and on the shortlists for the major literary prizes. Young writers such as Kristof Magnusson and Milena Oda are asked to voice their opinions in the press on subjects like the financial crisis in Iceland and Milan Kundera's involvement in the secret service. And some of Germany's most in-demand commentators on Europe and Islam happen to be authors like Zafer Şenocak and Navid Kermani.

These writers have come a long way; they no longer have to give off a carnivalesque air of exoticism to get published. The range of themes they write about has also broadened considerably; they are no longer expected to write about nothing but migration issues. German-language literature's intercultural diversity is now held high abroad, for instance in the Goethe Institut's recent book exhibition "The Other View", which was shown in seven former Eastern Bloc states.

Migration and cultural diversity are very present in German film and television. As Cerci commented, television producers have an eye for their audience, often making quite sure that ethnic and other minorities are represented in their programmes. In soap operas, detective shows or children's television, migrant characters are no longer unusual. 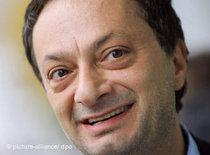 No need for a carnivalesque air of exoticism: the award-winning writer Feridun Zaimoglu

​​The situation is similar in literature for children and young people. Children's books are virtually teeming with ethnically mixed cliques and intercultural relationships, with many authors making an effort to cover subjects such as racism, integration and cultural diversity. But at the point where literary ambitions take priority over educational aims, characters with non-German roots are suddenly few and far between.

And yet they do exist: a few courageous German writers dare to tackle the subject. Yet they often work with certain tricks to make their characters more credible. One classic example is Jakob Arjouni. The hero of his series of crime novels is the private detective Kemal Kayankaya, born to Turkish parents but adopted as a young child by a German family. Arjouni thus manages to confront his readers with racism without having to construct a Turkish family or cultural background for his character.

The young writer Finn-Ole Heinrich adopts a similar strategy in his debut novel Räuberhände ("The Boy with the Robber's Hands"). His character Samuel only finds out as a teenager that his father, who he has never met, was Turkish. Samuel submerges himself into a whole new oriental world – which he cobbles together for himself out of all sorts of clichés and fantasies. 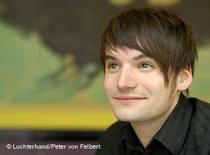 ​​Another literary modus operandi is the culinary approach. In Germany – where you can now even buy doner kebab-flavoured potato chips – cultures seem to meet most frequently at the dining table. Two recent novels pick up on this idea. In Aminas Restaurant, the Islam expert Michael Lüders tells the story of a Moroccan family who magically change the lives of their guests in Bremen through Oriental food and storytelling. Under attack from neo-Nazis and Islamic fundamentalists, their restaurant does not outlast a single summer – yet the exotic new arrivals still manage to conjure up harmony between the cultures in their neighbourhood.

And Christoph Peters' Mitsukos Restaurant plays on common clichés about Japan, with exotic cuisine once again providing the link between Germans and a Japanese woman – albeit with an even more cynical and depressing ending.

Exceptions that prove the rule

There seem to be two major exceptions, writers who dare to take a closer look at the material of migration; the first is Thorsten Becker. His novel Sieger nach Punkten ("Winner on Points"), published in 2004, is a rich and wordy story of a boxer who moves to Germany as the child of Turkish "guest workers", accompanied by a sweeping description of Turkish history since biblical times. Becker, whose wife is Turkish, writes to counter the ignorance towards Turks he frequently experiences in Germany. This might explain why the book's tone is slightly didactic at times – and why its poor characters have a sorry fate, suffering almost everything that could happen to a Turkish family in Anatolia and Germany.

The book reads almost like a very well written telenovela as the family boxes its way through life, dealing with elopement, blood feuds, poverty, disability, fraud, emigration, separation, a secret German mistress, school problems, drug dealing and everyday racism, all the way to a dream of a happy ending. Nevertheless, the author's motivation is not sympathy but liking for his mischievous protagonist Nasrettin, a born winner.

The second exceptional writer is Raul Zelik. Despite his rather exotic-sounding name, Zelik's only experience of migration is his relocation from Bavaria to Berlin. Yet he too dares the apparently impossible – an ethnic-German author telling stories about that very cultural patchwork that Meral Cerci otherwise seeks in vain in contemporary literature. His novels and short stories – at least those that aren't set abroad – are populated by grammar-school Turks, curly-locked Alevi beauties, mixed pickle Yugoslavians, over-assimilated foreigners and Romanian builders, all alongside honky students, Easterners, punks and rebellious kids on the run from suburbia.

The narrator of his novel bastard, also published in 2004, is a German woman with Korean and Portuguese parents, searching for her roots in Korea – a deliberate reference to Alex Haley's influential novel Roots about an Afro-American rediscovering his family history in faraway Africa. Zelik's work presents identity as a permanent state of crisis.

But why are these handful of authors exceptions to the rule? Why are Germany's writers generally uninterested in characters from other cultures? Thomas Wohlfahrt, the head of the Literaturwerkstatt Berlin, asked a number of authors – anonymously – why they don't tackle the subject. The answer: fear. They are afraid they wouldn't be able to create authentic migrant characters. And they don't want to step on any toes. 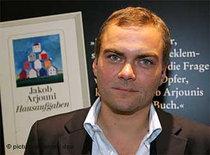 ​​If we assume that the personnel of contemporary literature is recruited from the authors' own lives and experiences, does this lack of migrant characters then reflect a rift in German society? Do writers live in their own parallel society made up of publishing parties and literary events, a society that turns a blind eye to people from other cultures?

It might be useful to take a look across the Channel, to reveal how British and German literature deal differently with ethnic minorities.

In actual fact, writers from Britain are much more willing to depict society as ethnically mixed. And it's not just the children and grandchildren of former immigrants such as Zadie Smith, Gautam Malkani and Andrea Levy who tackle the subject – and not just by way of minor characters.

The white writer Patrick Neate is one example. Neate explores modern cultural identities, for instance that of a black Italian ex-prostitute in Twelve Bar Blues or of a London Uganda-Indian private detective with a past as a Mujahideen who uncovers a terrorist plot in City of Tiny Lights. And Rose Tremain's award-winning novel The Road Home portrays London from the perspective of a newly arrived labour migrant from an unnamed eastern European country.

Of course, Germany has a very different history of migration to Britain, partly because large-scale migration to the British Isles began earlier. The linguistic and legal parameters are also different. Whereas the first post-war immigrants to England came from the former colonies and thus had at least basic English skills and British passports to start with, a large proportion of migrants in the German-speaking world are still excluded from participating in political and cultural life.

Germany did not anchor equal treatment of ethnic minorities in legislation until 2006, while Britain passed the first Race Relations Act a whole 30 years earlier. Although Britain is by no means free from racism and discrimination, ethnic minorities are genuinely more present in the public eye than in Germany – from the long-serving Trinidad-born newsreader Trevor MacDonald to the Indian head teacher Pritpal Singh. As it happens, both men have also been knighted.

No clichéd migrants by proxy

Particularly in contrast to countries like Britain, migrants and ethnic minorities seem to be more or less invisible for many people in Germany, and not just for writers. This is presumably one of the main reasons why they do not play a role in contemporary German-language literature. To a certain extent, German authors' limited horizons in this respect thus seem to reflect reality for the majority. But is this rift – in literature – really all that terrible?

There is no way to force authors to write about particular subjects. And under the circumstances, any attempt on the part of German writers immersed in their own monocultural worlds to introduce a shiny happy ethnic mix of characters would almost inevitably end up a sheer embarrassment. We can presumably do without a new wave of literature by proxy along the lines of Günter Wallraff's 1985 undercover documentary Lowest of the Low – with migrants cast as victims and the German writer as an uber-empathetic hero.

In fact, is there any dire need for authors with purely German backgrounds to write about migration if they don't know what they're talking about? Is it not enough, as Terezia Mora put her point at the end of the discussion, for migrants themselves to write about migrants?

Migrant Literature in Germany
An Unmistakable Intercultural Diversity
For at least a decade now, an unmistakable intercultural diversity has been leaving its mark on contemporary German-language literature. This diversity was triggered above all by many writers adopting another culture in the wake of migratory movements. By Klaus Hübner

END_OF_DOCUMENT_TOKEN_TO_BE_REPLACED
Social media
and networks
Subscribe to our
newsletter