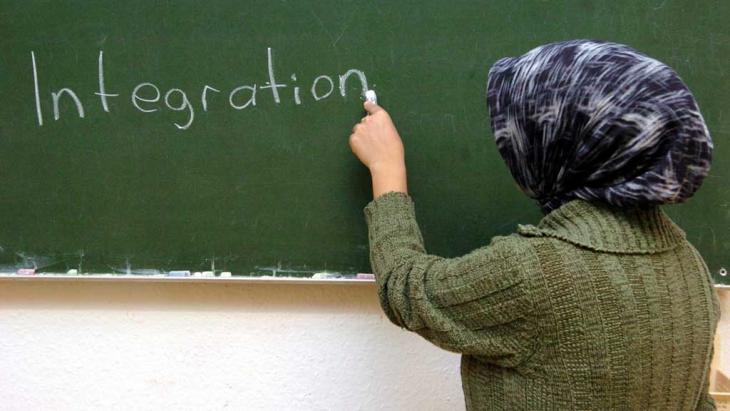 The face of Germany's elite is changing, and with it German society. For some time now, new names, new issues and a new language have been making their mark on the country's cultural consciousness. An essay by Andrea Dernbach

The will to succeed: while 14 per cent of German working-class children say they want to gain a school-leaving certificate, this figure is almost twice as high (27 per cent) among migrants' children in the same social group

​​Hamburg's Fatih Akin is one of Germany's most esteemed and critically acclaimed film directors at international level; Feridun Zaimoglu’s novels are full of a linguistic vehemence and anger that are unparalleled in contemporary German literature; in Emine Sevgi Özdamar's stories, idiomatic German and Turkish are interlaced to create an almost magical new German language; and Navid Kermani is one of the most influential public thinkers in the country.

But the changing face of Germany's elite is about much more than a handful of famous personalities, and Germany has much more to gain from it than a few international film awards and top selling titles on the world's book market – as wonderful as this recognition may be. Already, people with a migratory background make up almost one-fifth of the German population; in cities such as Stuttgart and Frankfurt, this proportion already exceeds 40 per cent. A lesser-known aspect of the change, one that has yet to be properly assessed by statisticians, is the extent to which these new Germans are participating in education.

Taking the country's large Turkish community as an example, the number of Turkish students at German universities has more than doubled in the past 20 years. Researchers suspect that the number has in reality trebled, as citizenship is still decisive for the collection of official data, which means that naturalized students of Turkish origin are not taken into account. 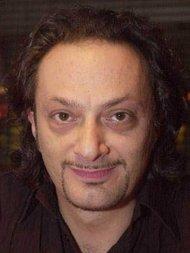 Unequalled in contemporary German literature, yet not widely known in Germany: Feridun Zaimoglu

​​These figures bear witness to a tremendous social dynamism, a powerful urge to ascend the social ladder. Much more frequently than among ethnic Germans, in Turkish communities it is not the children of parents with school-leaving certificates and degrees who throng the lecture theatres, but the children of cleaners and blue-collar workers. Even in the 1990s, half of Turkish students in the state of North-Rhine Westphalia had parents who never made it past primary school. Moreover, while 14 per cent of German working-class children say they want to gain a school-leaving certificate (Abitur), this figure is almost twice as high (27 per cent) among migrants' children in the same social group.

These figures are just as real as those reflecting academic failure, forced marriages, poverty and migrants' language problems – statistics that have dominated the prevailing discourse on integration for years now. While this dominance is justified, it does not provide a well-rounded image. It is only a matter of time before critical questions about German reality are not only being posed by a handful of writers and filmmakers with Persian, Turkish, Bulgarian and Russian names, but by a mass of educated and well educated citizens – and voters – who share their migratory history. Their questions and the answers they receive will change the country. And these are questions that can only be posed by them – for obvious reasons.

For those who know what it is like to be a foreigner in a foreign country and all too often experience what it is like to be sidelined, "social justice" is more than just a slogan on an election poster. The question of whether power and opportunity are being distributed fairly – or at least appropriately – is one that presumably concerns a home-grown German from Upper Bavaria far less than someone whose skin colour has hampered the search for an apartment or whose foreign name has been a disadvantage in the job application process.

The all-important status of religion 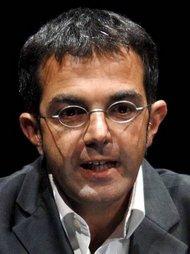 One of Germany’s most influential – and in recent times controversial – public thinkers: Navid Kermani

​​The separation of Church and state, something all adherents to the idea of a Leitkultur ("defining" culture) require of Islam, is actually neither a reality, nor a desirable situation in many Western European countries; not in England with its Anglican state church; not in Italy, a country that has always been ruled by an elected government on the one hand, and an "oltretevere" at the Vatican on the other; and not in Germany either, where the treasury collects taxes on behalf of the church, where bishops and the Pope allocate professorships who are paid by the state, and where employee rights within the Church are considerably restricted.

One may well approve of all this. But in a democratic society, it deserves to be the subject of debate. Paul Scheffer, the Dutch writer who views a multi-ethnic future with a hesitant shudder, but who wrote an inspiring account of travels though his changing homeland (Het land van aankomst, or "The Unsettled Land"), says: "The receiving society can expect no more of the newcomers than it is willing to give itself."

He is right, and the role of religion and state in Europe is not even the most important subject in this regard. It just happens to be the terrain upon which Europe's double standards become especially conspicuous. An honest debate about these double standards would make it difficult for residents of the glass house to continue throwing stones so thoughtlessly – sometimes at Islam, sometimes at Arab repressors of women, and sometimes at Turkish homophobes.

The political culture of the old continent would benefit greatly from such a debate as it steadily becomes more multicultural. Regardless of whether one fears it or welcomes it, the process is now inevitable.

Andrea Dernbach is deputy head of the politics department at the Berlin-based daily Der Tagesspiegel.

Translated from the German by Nina Coon.

Business in the Moroccan city of Tangiers is booming due to its location at the nexus of global trade routes. But many locals are failing to reap the benefits. What they crave ... END_OF_DOCUMENT_TOKEN_TO_BE_REPLACED

Morocco and the European Union are at cross purposes when it comes to the Western Sahara. And, as Germany does not support Moroccan claims to the territory, a major conflict has ... END_OF_DOCUMENT_TOKEN_TO_BE_REPLACED

Jewish voices are much more diverse than the public often sees. Jewish men and women who oppose the injustice of Israeli occupation in the West Bank deserve our respect and ... END_OF_DOCUMENT_TOKEN_TO_BE_REPLACED

They’ve already got the Louvre; they’ll soon have a Guggenheim Museum as well – and now the Emirates have added literature to their quest for cultural supremacy in the Arab world ... END_OF_DOCUMENT_TOKEN_TO_BE_REPLACED

The Germans have a fragmented perception of the conflict between Israel and the Palestinians, and their discourse is dominated by certain catchphrases. All the while, there is a ... END_OF_DOCUMENT_TOKEN_TO_BE_REPLACED

An unusual organisation brings Jews and Muslims together to fight hate and promote dialogue. In the small central German city of Marburg they have been jointly calling for an end ... END_OF_DOCUMENT_TOKEN_TO_BE_REPLACED
Author:
Andrea Dernbach
Date:
Mail:
Send via mail

END_OF_DOCUMENT_TOKEN_TO_BE_REPLACED
Social media
and networks
Subscribe to our
newsletter