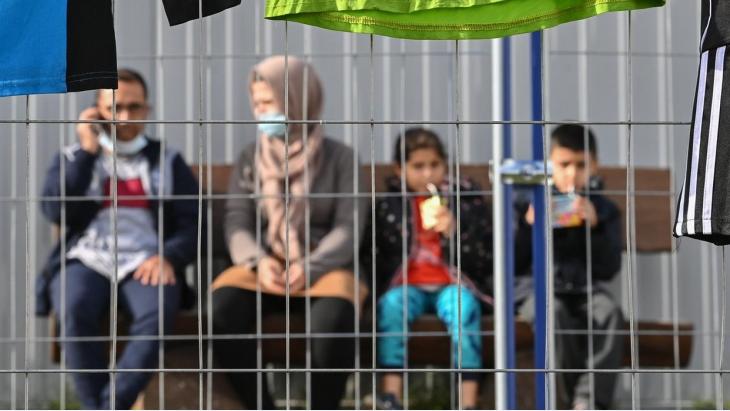 Migrating to Germany
Turks up sticks as prospects worsen at home

Inflation, poverty, and no freedom of expression: as the political and economic situation in Turkey worsens under Recep Tayyip Erdogan’s increasingly autocratic government, more and more Turks are fleeing to Germany. Elmas Topcu reports

More and more migrants and smugglers with Turkish citizenship are being picked up on Germany's borders. This is evidenced by data from the German federal police, provided in response to media enquiries. In the first nine months of this year alone, German police officers apprehended 5,362 Turkish citizens at the border after they entered Germany illegally. The total number in the whole of last year was 2,531. And in 2020, when travelling was restricted on account of the pandemic, the number was 1,629.

According to the federal police headquarters in Munich, the number of Turkish refugees arriving between January and September 2022 was 254% higher than in the same period the previous year. The increase compared to the same period from 2020 was 368%. The number of smugglers with Turkish citizenship has also increased. According to the federal police, 185 were picked up in the first nine months of this year. This number was 111 for the whole of 2021, and just 56 in 2020.

The data shows that the refugees are coming to Germany via the Balkan route, at a cost of between €6,000 and 8,000 per person. So why are more and more people from Turkey making this dangerous journey?

Turkey's political and economic situation has deteriorated rapidly over the past year. The government majority in parliament recently passed a law that provides for prison sentences of up to three years for spreading "false" or "misleading" information. Pro-government prosecutors are the ones to decide whether a piece of news is false or misleading. Critics see the so-called disinformation law as another attempt to undermine freedom of expression and freedom of the press – especially in the run-up to Turkey's parliamentary and presidential elections in the early summer of 2023. 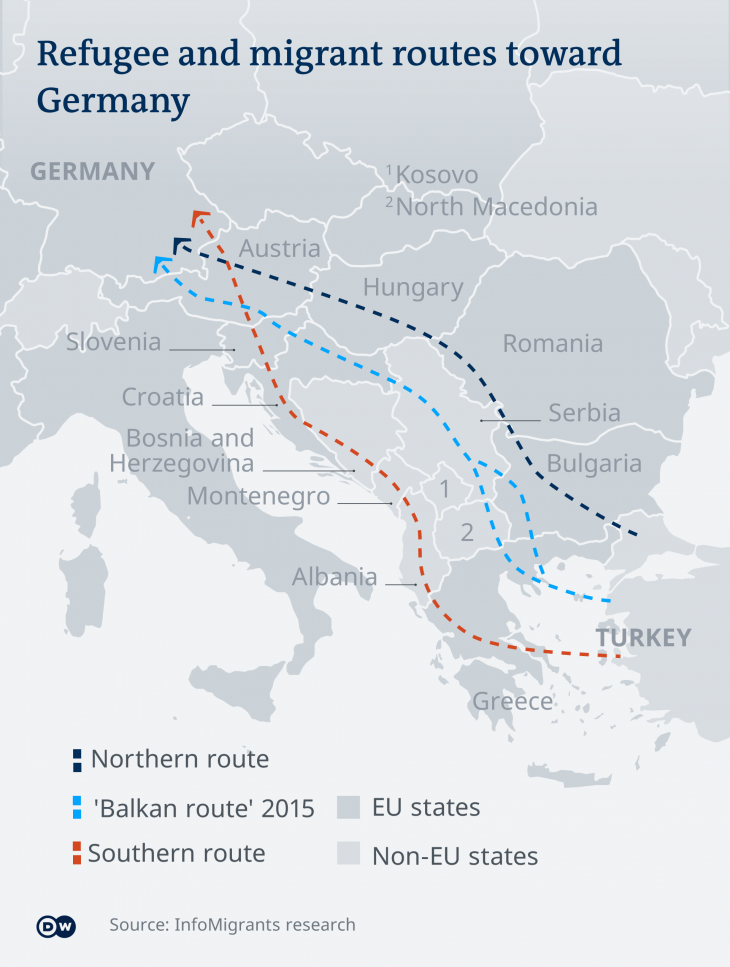 Steep rise in Turkish migration: according to Germany's federal police headquarters in Munich, the number of Turkish refugees arriving between January and September 2022 was 254% higher than in the same period the previous year. The increase compared to the same period from 2020 was 368%. The number of smugglers with Turkish citizenship has also increased. According to the federal police, 185 were picked up in the first nine months of this year. This number was 111 for the whole of 2021, and just 56 in 2020

Professional associations that do not toe the government line are also increasingly being targeted by the Turkish judiciary. Sebnem Korur Fincanci, the president of the Turkish Medical Association (TTB) and winner of the Hessian Peace Prize, was arrested at the end of October and accused of spreading terrorist propaganda. The TTB exposes human rights violations and is openly critical of the government.

Galloping inflation is also making life increasingly difficult for the people of Turkey. Official figures say the inflation rate in October was 85.5% – but according to ENAGrup, an independent group of experts, it was actually more than 185%. Purchasing power is dwindling; many people, even those in work, can't so much as cover their basic needs. Young people in particular are frustrated. A recent study showed that more than 71% of people aged between 17 and 30 cannot see a future in the country. Almost 82% would leave Turkey and live abroad if they could. The medical association TTB states that by September around 2,000 doctors had applied for a certificate of employment for work abroad.

Dundar Kelloglu, a lawyer and board member of the Refugee Council of Lower Saxony, acknowledges that the flow of refugees from Turkey is increasing. "Young refugees in particular tell us they see no future in their homeland, that they have no hope," he said.

In mid-September, federal police in the southern German town of Rosenheim apprehended six young men aged between 18 and 25 who had paid about €8,000 each to travel in a truck from Turkey to Austria. They told the police officers that they wanted to apply for asylum, and to work and earn money in Germany. However, the poor economic situation in their country of origin does not constitute grounds for asylum – but the men didn't know that. No one had prepared them for their statement to the German authorities.

Another case, in Kreuth, makes clear how little the smugglers care about what happens to the refugees. Kreuth is a Bavarian village on the Austrian-German border, a small place where strangers quickly attract attention. The group consisted of no less than 11 strangers, among them five adults and six children aged between one and 13. They sought refuge in a fast-food restaurant that was still open late at night. An employee alerted the police. The officers later established that the refugees were Kurds from Turkey, who had been dropped off as soon as they crossed the border. 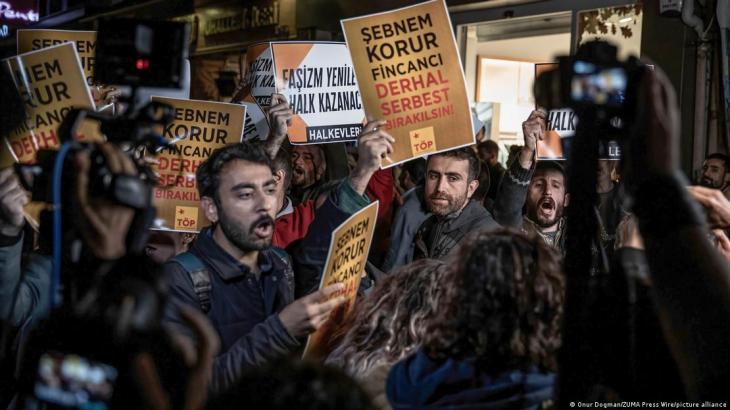 Turks see no future in their homeland: as Recep Tayyip Erdogan continues to clamp down on free speech in all its forms – see the latest disinformation law – professional associations that contradict the government are also being targeted. The image shows demonstrators in Istanbul protesting the arrest of Sebnem Korur Financi of Turkey's medical association (TTB). At the same time, everyday life in Turkey has become very difficult thanks to galloping inflation. Independent experts estimate inflation to be running at 185%. Many people, even those in work, can't so much as cover their basic needs. More than 71% of people aged between 17 and 30 cannot see a future in the country, while almost 82% would leave Turkey and live abroad if they could

This refugee movement from Turkey is reflected in the asylum statistics. According to the Federal Office for Migration and Refugees (BAMF), between January and October 2022 almost 16,000 Turkish people seeking protection applied for asylum in Germany – an increase of 175.5%. For most, the application was their first. Turkey is now the third most common country of origin, after Syria and Afghanistan.

This comes as no surprise to Clara Bunger, a member of the Bundestag for the Left Party who makes regular enquiries about asylum figures. She believes that the increased movement of refugees from Turkey indicates that the political situation there is escalating for opponents of the government. The repression is intensifying, she says, and for Kurds in particular the situation is becoming increasingly dangerous.

Experts like the lawyer Dundar Kelloglu predict that the number of refugees from Turkey will continue to rise. Because with elections on the horizon, no one expects the political situation to ease – nor is there any improvement in sight for Turkey's ailing economy.

The devaluation of the Egyptian pound combined with rising food prices is taking its toll on Egypt. More and more people are slipping into poverty. Karim El-Gawhary reports from ... END_OF_DOCUMENT_TOKEN_TO_BE_REPLACED

Since returning to power in Afghanistan, the Taliban have steadily eroded the rights and opportunities of women and girls, particularly their access to education. But Afghans are ... END_OF_DOCUMENT_TOKEN_TO_BE_REPLACED

The book "The Invention of the Maghreb: between Africa and the Middle East" prompts us to review basic terminology. This includes terms that we use almost every day as if they are ... END_OF_DOCUMENT_TOKEN_TO_BE_REPLACED

Tunisia has been going through a severe economic and political crisis in recent years. More than one in three young people there are unemployed. For many skilled, qualified and ... END_OF_DOCUMENT_TOKEN_TO_BE_REPLACED

At the end of every year, the team at Qantara.de gives you a run-down of the ten most-read articles on the site over the past 12 months. Here is a quick overview of the stories ... END_OF_DOCUMENT_TOKEN_TO_BE_REPLACED

The government in the Netherlands, one of the last European nations to abolish slavery, has made an historic apology. But some feel that there is still a long way to go. By Ella ... END_OF_DOCUMENT_TOKEN_TO_BE_REPLACED
Author:
Elmas Topcu
Date:
Mail:
Send via mail

END_OF_DOCUMENT_TOKEN_TO_BE_REPLACED
Social media
and networks
Subscribe to our
newsletter