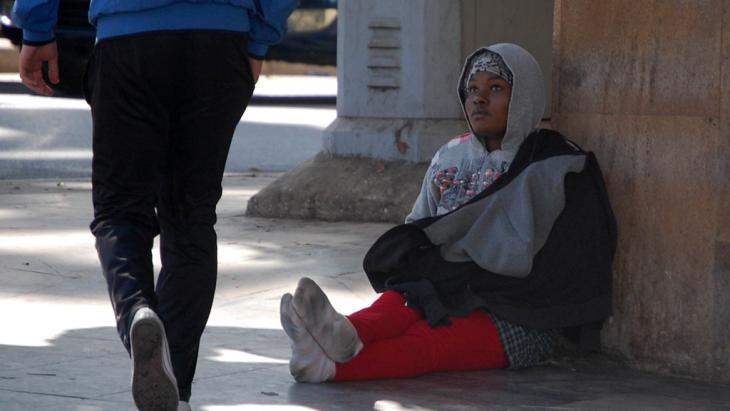 From emigration to immigration

For decades, migration in Morocco flowed in one direction: towards Europe. Now, however, while fewer and fewer Moroccans are leaving the country, immigration is on the rise. For the first time, illegal immigrants living in the country are to be issued with residence papers. By Beat Stauffer

When the Moroccan police recently stopped some 800 African refugees from forcing their way into the territory of the Spanish exclave Melilla, the wider public suddenly became aware for one brief moment of this external border to the European Union on African soil.

At regular intervals, migrants from the Sahel region and from other African countries attempt to break through the heavily secured borders of the two Spanish enclaves of Ceuta and Melilla. They usually fail, because ever since a veritable onslaught on the borders took place in 2005, they have been secured with three rows of particularly treacherous barbed wire. The young migrants often suffer serious injuries trying to make it across. Refugee organisations have denounced the use of this destructive form of barbed wire, which inevitably causes injuries.

As these external EU borders are thus nearly impenetrable, migrants continually try instead to reach the two Spanish enclaves aboard the most rudimentary boats or rubber dinghies, or even to swim across. At least 11 migrants lost their lives in one such attempt in April 2013.

According to migrant and human rights organisations, several hundred would-be border-crossers now live in the wild in partially wooded areas near the aforementioned Spanish territories, even in winter. They keep returning, even though Moroccan security forces have repeatedly destroyed the primitive tent camps and temporarily detained their inhabitants. The migrants are usually young men who are determined to reach Europe at any price and are willing to sacrifice their lives if need be. The vast majority of African migrants – which are estimated to number at least 15,000 – have found their way into the major metropolitan areas, especially Tangiers, Rabat and Casablanca, and are trying to eke out a living there. 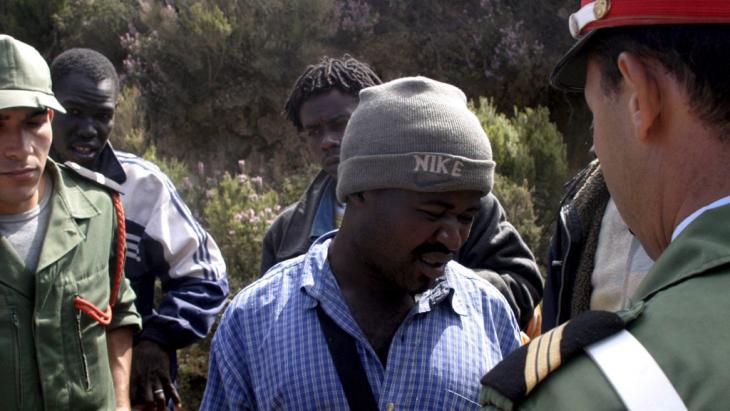 According to migrant and human rights organisations in Morocco, several hundred migrants now live in the partially wooded areas near the Spanish enclaves of Ceuta and Melilla. Pictured here: one such a migrant is detained by Moroccan gendarmes in Bel Youmeech forest

But in the big cities as well, their situation is anything but easy. On 4 December 2013, a young man from Cameroon met his death after a police raid in Boukhalef, a dismal suburb of Tangiers. The details of what happened that day in the four-storey building where the man was living with dozens of other young black men are as yet unclear; an official investigation report is still pending. It is only known that the young migrant fell from the fourth floor to his death.

The migrants living in Boukhalef, as well as various non-governmental organisations, blame the police for the fatality. Numerous "Subsahariens", as black Africans are called in Morocco, took part in a protest march in the district, which is located around 10 kilometres outside Tangiers. They complained of constant stop-and-search operations and raids by the police, along with discrimination on multiple fronts and open racism. Given such fears, it can be assumed that only a fraction of the black Africans living in and around Tangiers dared to go public with their demands. Just a few days later, outraged citizens staged their own counter-march, blaming illegal black aliens for many of their society's ills.

Unfortunately, the death of the young migrant was not an isolated case. In 2013, at least six dark-skinned migrants lost their lives in Morocco as the result of violent assaults, according to Khadija Ainani, vice president of the independent human rights organisation AMDH. The attacks were allegedly perpetrated by members of the security forces and Moroccan citizens.

Last year also saw a number of mass deportations and expulsions of migrants across Morocco's borders with Algeria and Mauritania. The exact scale of these actions is unknown, as the officials have failed to provide any details.

Pressure successfully exerted by the UN

Various Moroccan and international non-governmental organisations – including AMDH and the Groupe antirassiste d'accompagnement et de défense des étrangers et migrants (Gadem) – have long criticised serious shortcomings in the handling of migrants and refugees from the Sahel region and sub-Saharan African countries. Apart from some minor one-off successes, however, they had previously not really managed to raise awareness among the wider Moroccan public or the country's policymakers. Now, though, after prolonged and persistent lobbying, a breakthrough seems to have been made. 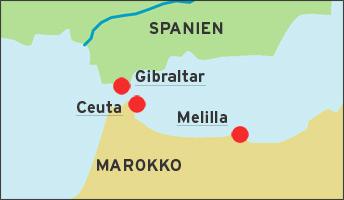 A stepping stone to Europe for many: the Spanish enclaves of Ceuta and Melilla are situated on African soil and are only a short ferry-ride to the Spanish mainland. Although they are surrounded by high, heavily guarded and fortified fences, Africans come in their droves in an attempt to reach Spanish territory and, therefore, get a foot inside the EU

Hicham Rachidi, secretary-general of Gadem, says that the grievances described above were brought before the UN in Geneva. This set things in motion: the UN Commission, which is in the midst of a wider investigation into the handling of migrant workers in the member states, censured Morocco with unusual harshness last September. The commission cited the poor conditions under which most migrants in Morocco are forced to live, as well as their lack of access to justice, health care and schooling for their children.

At the same time, the commission called on the Moroccan government to stop discriminatory practices and state-sanctioned violence against refugees, to refrain from mass deportations and to abide by the country's international commitments. The fact that Morocco's National Human Rights Council criticised certain abuses shortly thereafter is likely to lend additional weight to the UN's admonition.

Intervention by the king

Either way, King Mohammed VI personally commented on the matter a few days later, exhorting the government to address the issue of clandestine immigration "from a comprehensive and humanist perspective," and to search for new solutions in dealing with migrants. Although it can be assumed that this pronouncement betrayed more concern for Morocco's image than for the plight of the migrants, the royal intervention nevertheless triggered a response.

The very next day, several ministers declared that concrete steps would be taken, and about two months later, in November 2013, Interior Minister Mohamed Hassad announced a series of new measures. These focus on issuing residence permits to a certain number of migrants to which official papers were previously denied. Hassad also announced the opening of counselling and information centres for migrants as well as the creation of a national Appeals Commission.

Implementation of these measures began in early 2014. As a first step, around 850 asylum-seekers who have been recognised by the UN refugee agency (UNHCR) are to receive papers. Other illegal aliens who meet a number of restrictive conditions can also apply for such papers. They must, for example, be married to a Moroccan, or be in possession of a work contract valid for at least two years, or be able to prove that they have lived in the country for at least five years. The plan also entails creating a new status for future asylum-seekers. 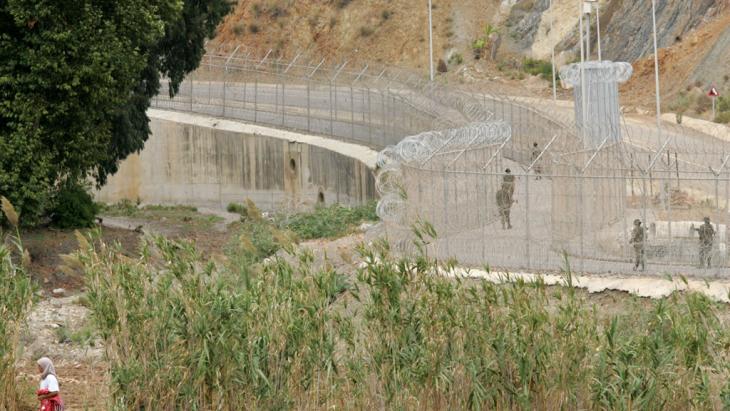 Soldiers with automatic weapons and police with anti-riot gear patrol the razor-wire fences along the border of Spain's two enclaves with Morocco. In 2005, five Africans were killed when hundreds of migrants desperate to get to Europe stormed the fence separating Morocco and Spain's North African enclave of Ceuta

Various human rights organisations welcomed the measures as a first and important step. But they also expressed criticism. "The measures are insufficient and affect only a small portion of all migrants," says Khadija Ainani of the AMDH, pointing out that the regulatory criteria mean that the migrants most in need of protection – for example those without a work contract and those living in precarious conditions – cannot benefit at all from the new policy. Ainani also emphasises that an estimated half of all migrants living in Morocco do not even want to settle in the country permanently, so that the regulatory measures will not help them in the least.

Hicham Rachidi from Gadem is much more optimistic about the initiative to legalise the residence status of many migrants. Rachidi feels that although the criteria are in theory very restrictive, there are indications that the officials are interpreting the provisions quite broadly. At best, thousands of migrants could obtain legal residence status. Rachidi also advocates waiting two to three months before passing judgement on the government's initiative. What's more, in order to put pressure on the authorities and keep a critical eye on the measures, various refugee organisations have founded a co-ordination committee called "Papiers pour tous" (papers for all).

Thus far, opinions on the effects of the new immigration policy vary widely. While Rachidi notes that there has been a kind of moratorium on round-ups and expulsions of black migrants since the new measures were announced, Ainani sees a huge gulf between official pledges to improve the lot of migrants and their actual situation. Other refugee organisations share this view. Mohammed Serifi, who attends to the needs of migrant children on behalf of UNICEF, told the newspaper "TelQuel" that little has changed in the migrant quarters of Tangiers. He contends that a "dual discourse" is being conducted.

Evidence that the authorities on both sides of the Moroccan–Algerian border, in the region of Oujda, are currently planning to build new border fences supports this pessimistic view. No information on these plans has been forthcoming from government officials. If the reports are confirmed, it will probably mean that while a certain number of illegal aliens in Morocco will receive residence papers, the previous policy will continue to be applied to those who want to continue on to Europe. After all, we must not forget that Morocco is ultimately implementing this very policy under massive pressure from and in the interests of Europe.

Home
Print
Newsletter
More on this topic
Interview with the Migration Expert Rita Süssmuth: Learning to Deal with DiversityThe EU's Migration and Asylum Policy: Not in Line with European ValuesThe EU and Migration: Migration as an Opportunity, Not a Threat
Related Topics
European Union (EU), Immigration, Policy on refugees and migration, Refugees
All Topics 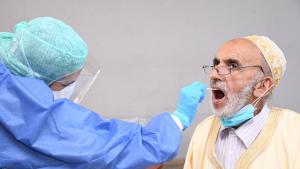 After the country initially showed itself to be gaining control over the pandemic, to the point of being classified as a safe country for travel from the European Union, the ... END_OF_DOCUMENT_TOKEN_TO_BE_REPLACED 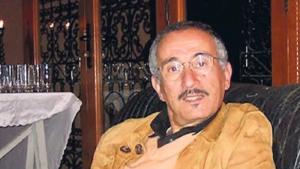 We were robbed of our health, our youth and our innocence

Spring 2020 finally saw the publication of Aziz Binebine's Tazmamart memoir in English, translated by Lulu Norman. While it has now been nearly 30 years since the prisoners left ... END_OF_DOCUMENT_TOKEN_TO_BE_REPLACED

Morocco officially declared itself a country of immigration in 2013, responding to the growing number of immigrants arriving from sub-Saharan Africa. Since then, tens of thousands ... END_OF_DOCUMENT_TOKEN_TO_BE_REPLACED

It was American literary figures who propagated the myth of the city of Tangier in north-western Morocco as a den of permissiveness and danger. Notwithstanding this Western view ... END_OF_DOCUMENT_TOKEN_TO_BE_REPLACED

When residents of Zagora in southern Morocco protested in 2017, demanding the right to safe drinking water, the authorities arrested twenty-three of them in what became known as ... END_OF_DOCUMENT_TOKEN_TO_BE_REPLACED

Comments for this article: From emigration to immigration

'illegal aliens' is a contentious term (whether it is an editorial choice of translation or the original word used in the article) to describe any migrant: both misleading and highly inappropriate. The New Yord Times and other publications have started to ban this term altogether.

END_OF_DOCUMENT_TOKEN_TO_BE_REPLACED
Social media
and networks
Subscribe to our
newsletter