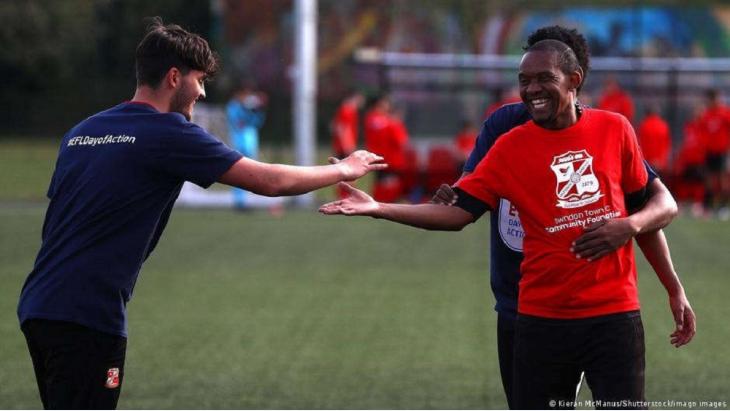 Migration policy
Europe's migrants are part of the solution

Migrants are often maligned as being responsible for Europe's problems. Yet their integration is in Europe's interest. Michael Thaidigsmann believes that a long-term vision is overdue

Twenty-three million, an estimated 5% of the European Union's nearly 450 million residents, were born outside of its borders. This figure is perhaps most noticeable in culture and sports.

England's Euro 2020 football squad only had three players that did not have a migration background. And at the Eurovision Song Contest in May, two refugees took part. One of them was the Congolese-born singer Tusse, who represented Sweden.

The health sector is another good example. Where would Europe be today without Ugur Sahin and Ozlem Tureci, the couple that co-founded BioNTech, maker of arguably the most successful vaccine against COVID-19? These children of Turkish immigrants arrived in Germany at a young age. Without them and without the many doctors and nurses from third countries, Europe would have fared much worse in the coronavirus crisis.

Despite obvious success stories, immigration remains a controversial subject in most European countries. Fears are widespread that migrants pose a threat: That their ways of life are incompatible with the European way of life, that they are difficult to integrate, and that they take away people's jobs and put pressure on wages. 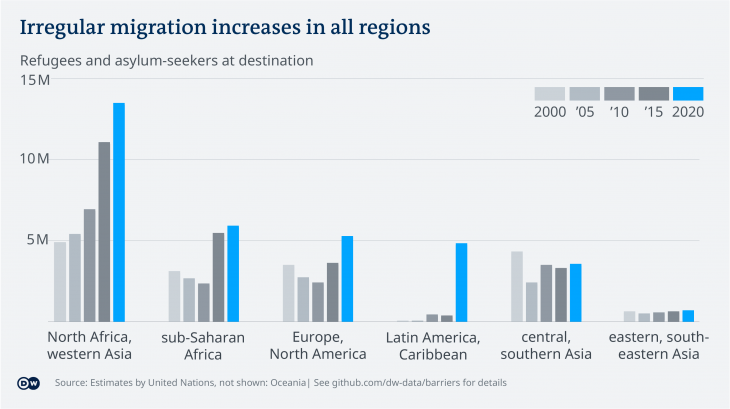 Lack of integration is not only of concern with respect to recent arrivals. Some second and third generations of families clearly have trouble finding their place in society. Some fail to embrace their host country, stay within their own communities and become a bone of contention, with calls for a tougher stance on immigrants magnified by populist forces.

Can Europe afford to turn a blind eye?

At the same time, crucial questions remain: Can Europe, seen around the world as a fortress of humanity, turn a blind eye to the suffering of people for fear of being "overrun" by immigrants? Can it afford to see human beings kept in camps and inhumane conditions over a prolonged period of time? Does the EU accept pushbacks of asylum seekers at its external borders, with its border and coastguard force possibly complicit in such actions? And should Europe collaborate with authoritarian regimes to manage migration flows?

There are no simple answers. Yet for a long time, the focus of EU decision-makers has been on reducing the influx of new migrants, rather than integrating those who are already here. Success on this front depends to a great extent on migrants having access to good education and some outlook for the future. While that may sound straightforward, in practice it is not. Often, host countries provide initial help for newcomers, but fail to follow up over the longer term.

Integration is largely left to national jurisdictions. While the EU institutions excel at providing non-binding recommendations and funding projects, they do not determine integration policies. That remains the prerogative of member states, which refuse to give Brussels a broader mandate out of fear that immigration policies could be soon dictated by Eurocrats. 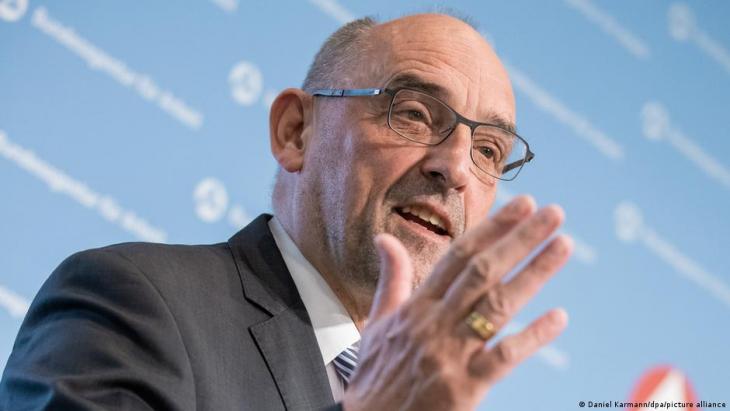 Germany is running out of labour: Detlef Scheele, head of the Federal Employment Agency, views the country's demographic development more critically than the transformation of the economy towards more digitalisation and sustainability. "We need 400,000 immigrants per year. In other words, significantly more than in previous years. From nursing to air-conditioning technicians to logisticians and academics: there is going to be a shortage of skilled workers everywhere," says the director of the employment agency

However, there is good reason why the EU should become more involved: The economy. People are becoming older – a reason to celebrate, of course, but one that comes at a cost. Over the past decade, the average life expectancy of Europeans has risen by 2.7 years. That creates problems not only for retirement pensions, but also for living standards. Skilled labour is becoming scarce in some areas; the health sector is just one example.

Educating and training immigrants and imbuing them with democratic values will turn them into valued citizens of their new countries – or into ambassadors of Europe in their countries of origin if they (have to) return there. This in turn will undoubtedly strengthen Europe's political and economic position globally.

Widespread concerns among the population about radical migrants, even terrorists, infiltrating Europe must be taken seriously. Europe's citizens do not want foreign conflicts to be imported here, or their freedoms eroded.

The goal must therefore be for immigrants to become active in the democratic politics of their host countries. Encouraging their involvement at grassroots level ought to be part of a good integration policy and should be as important as integrating them on the football pitch.

A shift in emphasis is needed. What if migrants are not merely regarded as a vexatious problem, but as part of the solution? A long-term vision on integration would be in Europe's own self-interest.

Michael Thaidigsmann is a journalist and the executive director of the Brussels-based NGO EU Watch.

Home
Print
Newsletter
More on this topic
Germany′s integration debate revisited: Piling on the pressureNon-fiction: Aladin El-Mafaalani's "Das Integrationsparadox": Demanding a seat at the tableGreece and the asylum-seekers: How do you solve a problem like Moria?Integration in Germany: What is required of us
Related Topics
Coronavirus, European Union (EU), Football, Football and integration, Humanitarian aid, Integration in Germany, Islam in Europe, Migration, Migration in Germany, Muslims in the West, Policy on refugees and migration, Racism | discrimination, Refugees, Sport
All Topics

Many Turks are dissatisfied with the international status of their country. At the same time, opinion polls reveal great scepticism among the Turkish population towards the USA. ... END_OF_DOCUMENT_TOKEN_TO_BE_REPLACED

Very different Western reactions to the suffering in Ukraine and the Arab world show that there is a profound rift among cultures. Essay by Michael Young END_OF_DOCUMENT_TOKEN_TO_BE_REPLACED

Since Spain abandoned its traditional neutrality towards the conflict in Western Sahara, Morocco has announced a "new phase" in relations between the two countries. But what is ... END_OF_DOCUMENT_TOKEN_TO_BE_REPLACED

Tunisia's president has been carrying out a coup by degrees, demolishing the country's hard-fought democratic gains bit by bit. With an economy in turmoil and a splintered ... END_OF_DOCUMENT_TOKEN_TO_BE_REPLACED

From the Euphrates to the Mekong, dams that ensure one country's water supply risk leaving others parched. But shared water resources can be a source of peace as well as conflict ... END_OF_DOCUMENT_TOKEN_TO_BE_REPLACED

Middle Eastern countries are still on the fence when it comes to the Russian invasion of Ukraine. Their citizens point to the West's double standards surrounding conflict and ... END_OF_DOCUMENT_TOKEN_TO_BE_REPLACED
Author:
Michael Thaidigsmann
Date:
Mail:
Send via mail

END_OF_DOCUMENT_TOKEN_TO_BE_REPLACED
Social media
and networks
Subscribe to our
newsletter