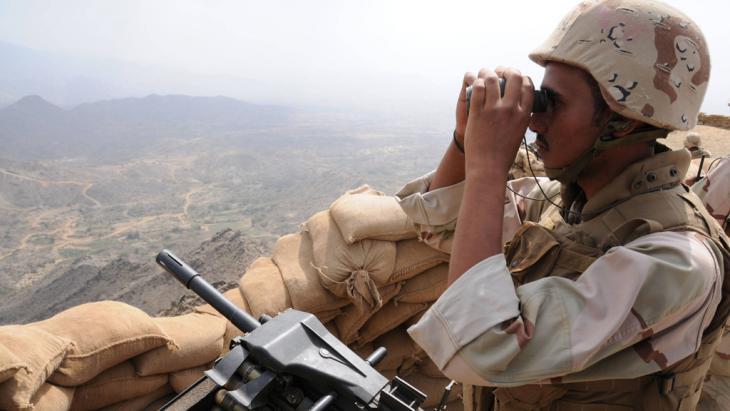 Military intervention in the Islamic world
What good is an Arab military alliance?

If new Arab military alliances want to avoid the mistakes of past interventions, their members will have to re-assess their approach and address the structural deficits that led to previous failures. By Omar Ashour

The framework nuclear agreement that Iran and the P-5 (China, Britain, France, Russia and the United States) plus Germany recently reached represents progress on one major security challenge in the Middle East. But, as some Arab countries move to establish a joint military force, another security question is emerging: will such an alliance leave the region better or worse off, particularly given today's growing Sunni–Shia divide?

A nine-country Saudi-led coalition, which includes Egypt, the United Arab Emirates, Kuwait and Jordan, is already carrying out airstrikes against the Iran-backed Houthi rebels in Yemen – an effort that Iran's Supreme Leader Ali Khamenei recently declared will end with the Saudis' "noses [being] rubbed to the soil." Yet Egypt's president, General Abdul Fattah al-Sisi, has indicated that the coalition's mandate may be extended beyond Yemen.

But what is that mandate?

A few objectives can be excluded from the start. For example, post-conflict democratisation cannot be the goal, given that Arab regimes lack the credentials or know-how to craft democracies, and their militaries are neither willing nor able to assist in the process. Similarly, humanitarian intervention can be ruled out, owing not only to most Arab regimes' lack of experience and inglorious human-rights records, but also because none of the official statements related to the founding of the joint force have remotely suggested that upholding human rights was ever a concern.

Stabilisation might be an objective, but only if the relevant governments can agree on shared threats and how to address them. They could, for example, take the classic "balance of power/terror" approach, by intervening to undermine the more powerful actor in a conflict, force it to the negotiating table and dictate the terms of any compromise, thereby ensuring that they benefit from the newly created status quo. 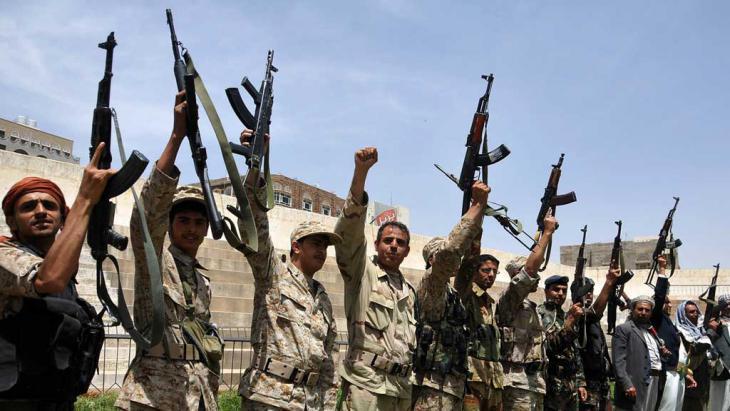 Arab military interventions have failed in the past. "Of course, history is not a definitive guide to the future; an Arab-led intervention today could turn out very differently. But there is little to indicate that it will; indeed, despite hundreds of Saudi airstrikes on Houthi-controlled military bases and seaports, the rebels continue to advance," writes Omar Ashour

But the rise of Arab military coalitions raises serious concerns, not least because the history of Arab-led military interventions – unlike those carried out by the West in places like Bosnia, Kosovo and even Libya – does not contain any promising precedent. Such interventions were usually aimed at empowering a proxy political force over its military and political rivals, instead of averting humanitarian disaster or institutionalising a non-violent conflict-resolution mechanism following a war.

Egypt's military intervention in Yemen in the 1960s is a case in point. By late 1965, Egyptian President Gamel Abdel Nasser had sent 70,000 troops to Yemen to support a republican coup against royalist forces. Despite using prohibited chemical weapons against Yemeni guerrillas from 1963 to 1967 – a first in an intra-Arab conflict – Egypt failed to achieve its objectives.

On top of its military humiliation, Egypt's international reputation suffered, with the United Nations General Assembly condemning the Egyptian forces' use of banned chemical weapons against villages that supported the monarchy. The adventure also took a heavy economic toll; by 1965, Egypt had run up a foreign debt of nearly $3 billion, forcing it to add a "defence tax" to finance the Yemen war.

The Syria-dominated "Arab Deterrent Force" did not fare much better when it intervened in Lebanon's civil war in the 1980s, failing either to end the brutal fighting or to secure vulnerable Palestinian refugees. After 1982, when the Lebanese government failed to extend the ADF's mandate, it turned into a purely Syrian military force – one that ended up committing some of the worst atrocities against Palestinian factions and refugees in the so-called "War of the Camps" in 1985. 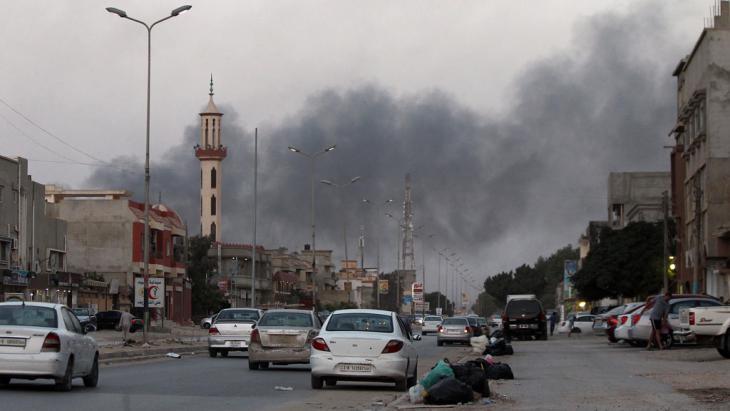 Egyptian airstrikes on Islamists in Libya. According to experts, these strikes, which targeted positions of Islamic State (IS) in Libya in February 2015 served to further destabilise an already weakened country, thereby intensifying its political crisis

Brief and less complex interventions were also unsuccessful in ending violent crises – and in some cases even exacerbated them. A clear example is the recent Egyptian airstrikes in Libya, which have not only undermined the UN-led peace process in a deeply divided country, but have also empowered the most extreme elements.

Of course, history is not a definitive guide to the future; an Arab-led intervention today could turn out very differently. But there is little to indicate that it will; indeed, despite hundreds of Saudi airstrikes on Houthi-controlled military bases and seaports, the rebels continue to advance. If emerging Arab military coalitions are to avoid the mistakes of past interventions, their members must reconsider their approach, including the structural deficiencies that contributed to past failures.

Many factors affect the outcome of a military intervention in a civil war, especially if it involves a ground offensive. In particular, Arab leaders should focus on revising the processes by which national-security policy is formulated, improving civil-military relations, providing the relevant training in peacekeeping and peace-building, reforming the political culture and addressing socio-psychological complexes.

If Arab leaders fail to overcome these deficiencies, the latest Arab force could become the Middle East's newest source of anti-democratic, sectarian-based instability, potentially intensifying the Sunni–Shia conflict. That is the last thing the region needs.

Omar Ashour, Senior Lecturer in Security Studies and Middle East Politics at the University of Exeter and an associate fellow at Chatham House, is the author of "The De-Radicalization of Jihadists: Transforming Armed Islamist Movements" and "Collusion to Collision: Islamist-Military Relations in Egypt"

People in Arab countries have been talking more openly about sex and sexuality for some time now, especially on social media. And for the first time ever, they have the vocabulary ... END_OF_DOCUMENT_TOKEN_TO_BE_REPLACED

Alaa Abd el-Fattah, arguably Egypt’s most prominent democracy activist, has just been handed another lengthy prison sentence. Despite this, a book of his writing has recently been ... END_OF_DOCUMENT_TOKEN_TO_BE_REPLACED

A prominent rights group in Egypt, the Arabic Network for Human Rights, is ending operations just as the country braces for a controversial NGO law. Is this the beginning of the ... END_OF_DOCUMENT_TOKEN_TO_BE_REPLACED

Moncef Marzouki was Tunisia's first democratically elected president after the fall of dictator Ben Ali. Today he is the most prominent critic of increasingly counter- ... END_OF_DOCUMENT_TOKEN_TO_BE_REPLACED

Asef Bayat, professor of Sociology at the University of Illinois, Urbana-Champaign, has been studying revolutions and how they affect people since 1979. In his recent book, " ... END_OF_DOCUMENT_TOKEN_TO_BE_REPLACED

Every year in December, the team at Qantara.de takes a look back at the articles that proved most popular with our readers. This year is no different. Here is a run-down of the ... END_OF_DOCUMENT_TOKEN_TO_BE_REPLACED
Author:
Omar Ashour
Date:
Mail:
Send via mail

END_OF_DOCUMENT_TOKEN_TO_BE_REPLACED
Social media
and networks
Subscribe to our
newsletter