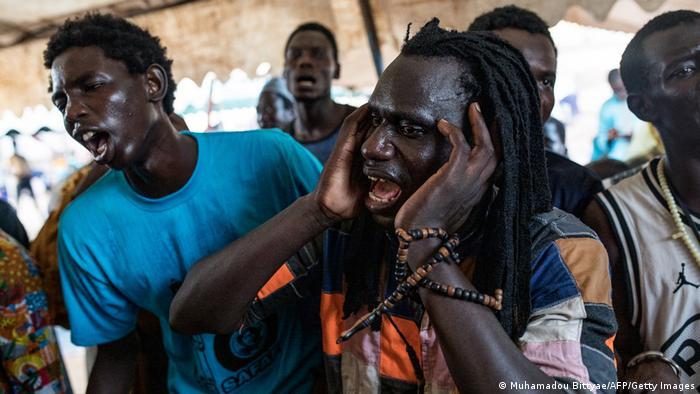 Praying around the clock: as many as 4 million Muslims, such as these members of the Mouride brotherhood, participate in each year's Grand Magal, as the traditional journey is called. In comparison, "only" about 2.5 million Muslims undertake the hajj to Mecca in Saudi Arabia each year 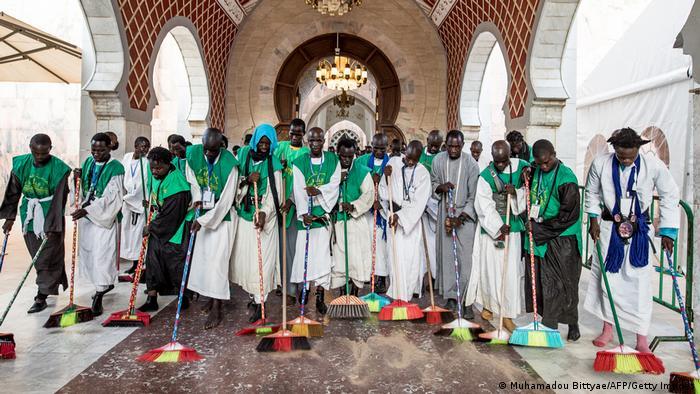 Final preparations: before the faithful can be allowed to enter the Great Mosque of Touba, members of the Mouride brotherhood sweep its floors. The Mouride are part of a Sufi branch of Islam. They are economically and socially influential in both Senegal and Gambia 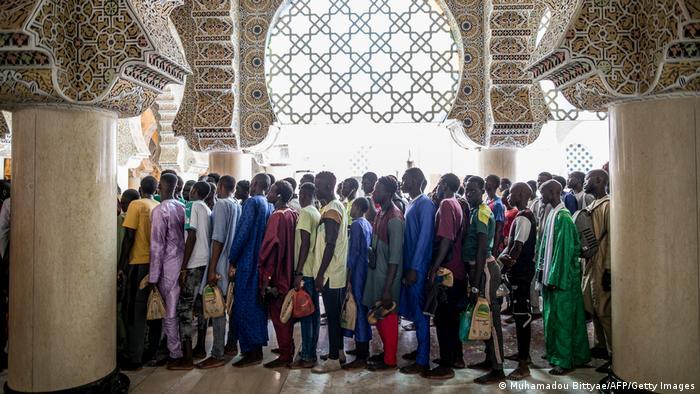 Waiting to get in: outside the mosque, the faithful gather for two days of festivities, sometimes creating chaos in and around Touba. According to official statistics at least 16 people were killed in traffic accidents in 2016, and at least 600 people were injured 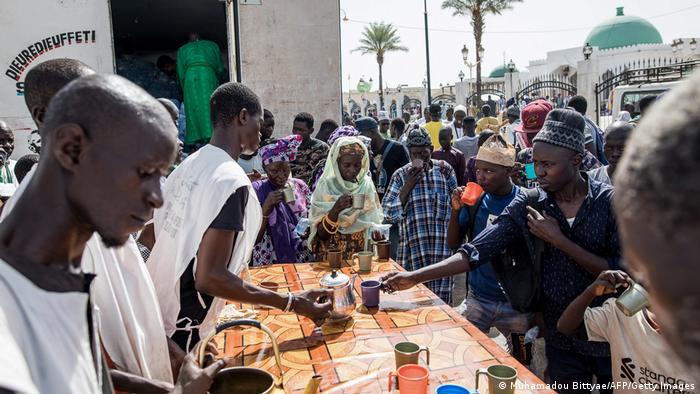 For body and soul: the Grand Magal is an important for the economy in Senegal, a country of 18 million residents. High demand for transportation, food, cellphone cards and festive clothing often leads to trade volumes that balloon to as much as three times the normal monthly average 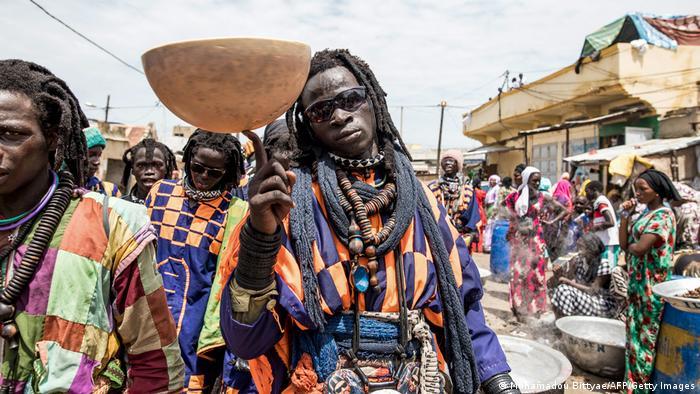 Give and take: much food is traditionally given to pilgrims free of charge. This man from the Baye Fall sect of the Mouride brotherhood holds a bowl for collecting alms 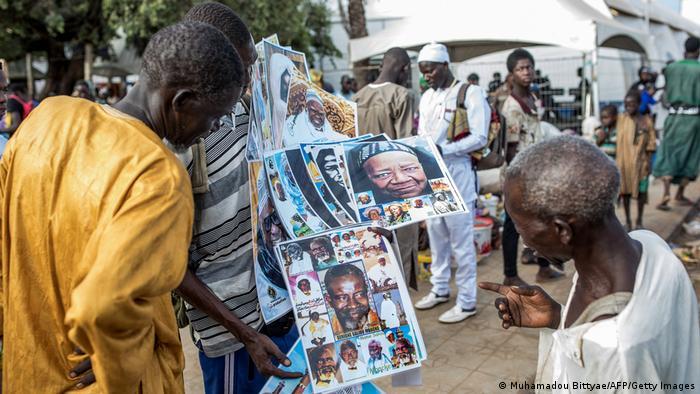 Stars of the scene: devotional items, such as posters of religious personalities, are popular keepsakes from the Grand Magal. For those who cannot get close enough to hear the speakers, they can always stream it online 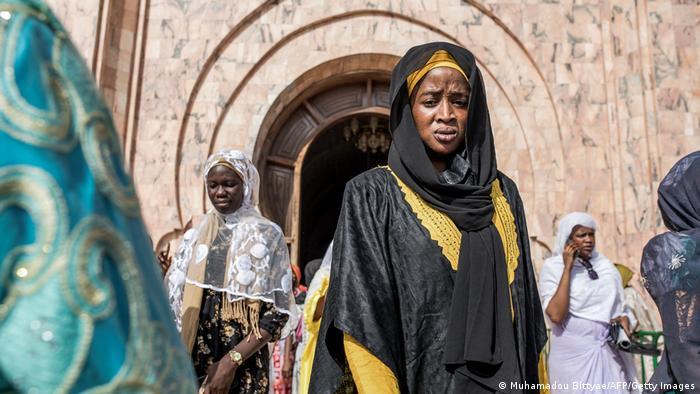 State within a state: the city of Touba, practically a state within a state, enjoys special status in democratic Senegal. The sitting caliph – currently Serigne Mountakha Mbacke – lays down the law, based upon the Islamic concept of Sharia 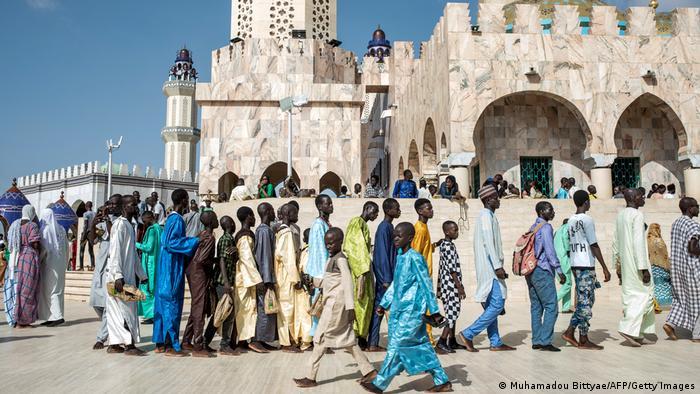 City landmark: the Great Mosque of Touba is one of the largest mosques south of the Sahara, as well as the religious cornerstone of the city. The minaret, the emblem of the city, is more than 86 metres high, making it the tallest building in Touba 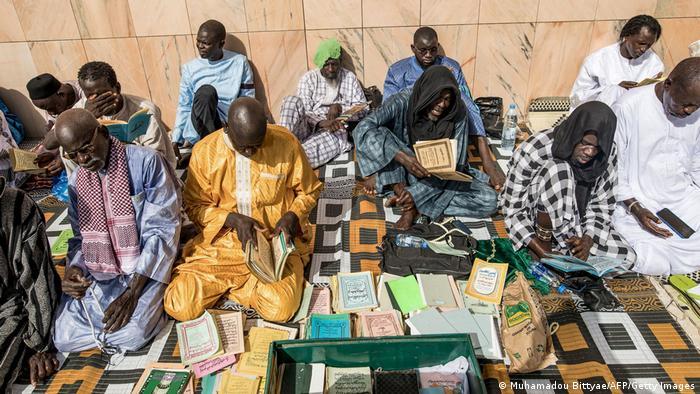 Remembering the founder: the annual pilgrimage recalls the journey of the founder of the Mouride brotherhood when he returned from exile under French colonial rulers. Amadou Bamba Mbacke, who lived from 1853 to 1927, is the grandfather of the current caliph. He was a thorn in the side of French occupiers, and legends abound about his life and deeds 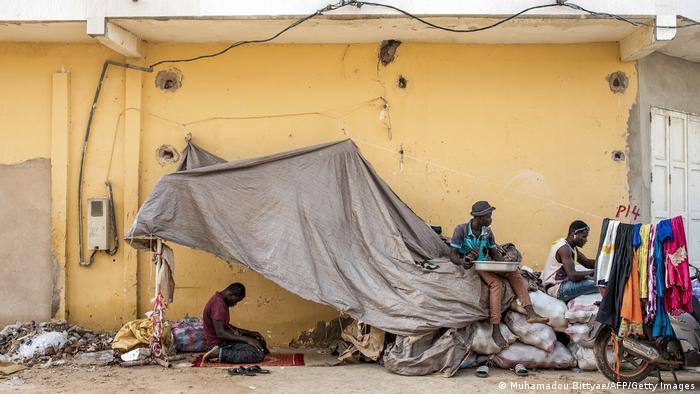 Observing the pillars of Islam: prayer is one of the five pillars of Islam. Accordingly, each Muslim is instructed to pray five times every day. The faithful can also pray beyond that in their own time. The four further pillars of Islam are the profession of faith, fasting, giving alms and undertaking the pilgrimage to Mecca

END_OF_DOCUMENT_TOKEN_TO_BE_REPLACED
Social media
and networks
Subscribe to our
newsletter