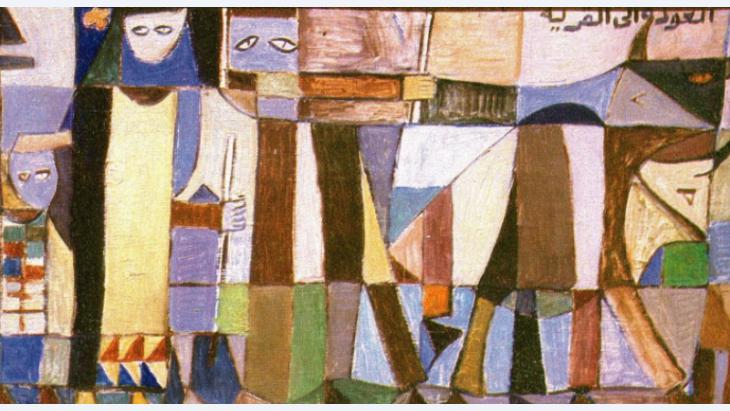 A book of texts on modern art in the Arab world is causing a furore. It has been put together by the New York Museum of Modern Art. Now it has been launched – and discussed – in Beirut. By Lena Bopp

In Beirut recently, the launch took place of a book that so far has no equivalent in the Arab world. This book is a dream, as one audience member put it – a work people have been waiting many years for. Zeina Arida, the director of the Sursock Museum, agreed. The art world from Beirut and beyond had gathered there to see how this book, just over five hundred pages long, had turned out. Its title: Modern Art in the Arab World: Primary Documents.

The book brings together around a hundred texts which intend to show the character of modernism as an epoch of art history in the Arab world. It contains artistsʹ manifestos, letters, interviews, essays, diary entries and comments left in exhibition visitorsʹ books, covering a period from 1882 to the end of the Cold War.

In addition to an essay on the history of the Arab countries by Ussama Makdisi, who summarises the roles played here by Europeans and Americans in particular with remarkable acuity, it contains a few other short secondary-literature essays.

But the vast majority of the texts are primary sources, a number of which are published in English for the first time in this volume. In short, the book has huge aspirations, which its three editors were wise to only mention in passing when they presented their work to a packed auditorium of art experts.

Instead of talking about their book as a future seminal work, which would have been objectively reasonable, the three U.S. art historians – Anneka Lenssen, Sarah Rogers and Nada Shabout – concentrated on the years it took them to collate the material.

The same might be said of any book, but in the Arab world there are particular problems involved in researching sources: there are very few archives and hardly any bibliographic systems, a comparatively sparse network of universities and research institutes and occasionally a simple lack of understanding for the difficulties of authors searching for a rights holder, for example. 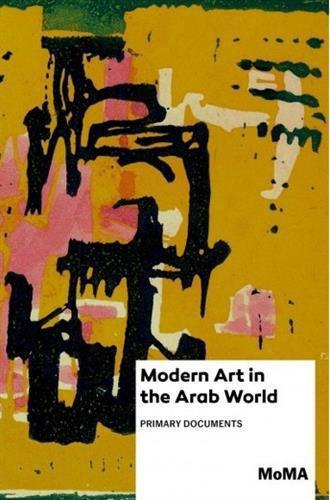 Groundbreaking work on modern Arab art: the book brings together around a hundred texts which are supposed to show the character of modernism as an epoch of art history in the Arab world. It contains artistsʹ manifestos, letters, interviews, essays, diary entries and comments left in exhibition visitorsʹ books and covers a period from 1882 to the end of the Cold War

Nada Shabout spoke of their fruitless attempts to obtain permission to reprint works from the 1940s and 1960s from the Iraqi authorities.

"We have them now, because no one else wanted them." Many works, be they text or pictures, are also held in private collections, which arenʹt registered anywhere and to which people can only gain access by making use of their contacts.

As a result, the book has been lauded again and again as a great community project or, as someone put it during drinks on the terrace that warm evening: essentially the whole fraternity had a hand in it.

The collection of sources begins with the Beirut scholar Butrus al-Bustani, whose encyclopaedia published in 1882 provides the first modern definition of painting in Arabic.

There is also an interesting reflection by the Egyptian imam Muhammad Abduh, who in the early twentieth century extolled the use of pictures for education and thereby stood up against the ban on images that dominated in Islam.

We hear from well-known artists such as Cesar Gemayel, who proclaimed the state of the visual arts as a measure of a nationʹs development in the year of Lebanese independence (1943). And Shakir Hassan Al Said, who was one of the founders of the Baghdad Group for Modern Art in the early fifties.

The book addresses key topics in the Arab world: there is the military defeat that preceded the founding of the State of Israel in 1948 and burned itself into the Arabsʹ collective memory as a catastrophe.

But also the consequences of colonialism, such as the influence exerted by the French on Lebanese or Algerian society and thus on their painting.

The book does its best to avoid the appearance of being a loose collection of texts. It can of course be used as a reference work, but because the texts are often arranged in such a way that they relate to one another, it is possible to just read it straight through – although as you are reading, you occasionally feel as if you are walking a narrow footbridge through a vast empire, the full extent of which you can sense, but barely grasp.

Beyond the brief chapter introductions, which are never more than a few lines long, the book doesnʹt provide any kind of contextualisation. Backgrounds and connections are left open and have to be worked out or googled, though one can never be sure of coming across any information at all on certain topics. 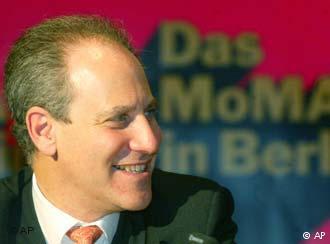 According to Glenn D. Lowry, the director of MoMA, the volume on the Arab world is another attempt "to open ourselves up to the world through source texts"

And this is where the first criticism is aimed: some people have said that this book is like building a house and starting with the windows. The foundations are missing.

Or in other words: how are you supposed to judge the significance of the sources, when so little is known about many artists, their works and any connections they might have had? The foundational research on the art history of Arab countries is truly not a discipline to which great energy – let alone funding – has been devoted in past decades.

An invitation to think for yourself

In light of this, another concern seems all the more justified. The book Modern Art in the Arab World has been put together by the Museum of Modern Art in New York and is the eighth volume in their Primary Documents series, which aims to explore what is understood by modernism outside the western world – often through key texts translated into English for the first time.

The series includes books on Eastern Europe, Japan and China, among others. The volume on the Arab world is another attempt "to open ourselves up to the world through source texts" as Glenn D. Lowry, the director of MoMA, put it so elegantly in Beirut.

But of course, it is also conceivable that the exact opposite might happen: that readers from all over the world will follow MoMAʹs lead and take this bookʹs selection of artists and conflicts, chosen under the patronage of this prestigious institution, as the benchmark for further research and more.

And would the museum not then have helped to form a canon that has until now only existed in outline? The authors and Glenn D. Lowry all reject this idea. They are making basic information available, according to Lowry, with the help of which people can think for themselves about what a canon ought to be. And you believe him at once when he adds that he would rather the book was seen as a start, an invitation to people to think for themselves and conduct further research. Unfortunately, it is hard to believe that this is actually what will happen.

Home
Print
Newsletter
More on this topic
Suspended Territories exhibition: Beyond the veilIslamic art: Iconoclasm: the counter-narrativeMuslim art: The ''true'' aesthetic of Islam
Related Topics
Art, Book reviews, History of the Near and Middle East, Visual arts
All Topics

Arab women played a leading role in the protest movement of 2011. Since then, ongoing social transformation has had a considerable impact on their lives. What is their assessment ... END_OF_DOCUMENT_TOKEN_TO_BE_REPLACED

They’ve already got the Louvre; they’ll soon have a Guggenheim Museum as well – and now the Emirates have added literature to their quest for cultural supremacy in the Arab world ... END_OF_DOCUMENT_TOKEN_TO_BE_REPLACED

Years in the making, Sisi's elite New Administrative Capital will isolate most Egyptians from their centres of government in an effort to fortify the regime against any social ... END_OF_DOCUMENT_TOKEN_TO_BE_REPLACED

Professor Timothy Brennan's "Places of Mind: A Life of Edward Said" is a detailed biography of one of the most important intellectuals of the twentieth century, taking us on a ... END_OF_DOCUMENT_TOKEN_TO_BE_REPLACED

China has long portrayed itself as a strong supporter of the Palestinian cause. It has also claimed that in sharp contrast to the stance of the USA, its position is based on ... END_OF_DOCUMENT_TOKEN_TO_BE_REPLACED

Recep Tayyip Erdogan, disappointed by the European Union’s reluctance to integrate Turkey into its ranks, has re-directed his country’s diplomacy toward the Maghreb and Africa to ... END_OF_DOCUMENT_TOKEN_TO_BE_REPLACED
Author:
Lena Bopp
Date:
Mail:
Send via mail

END_OF_DOCUMENT_TOKEN_TO_BE_REPLACED
Social media
and networks
Subscribe to our
newsletter