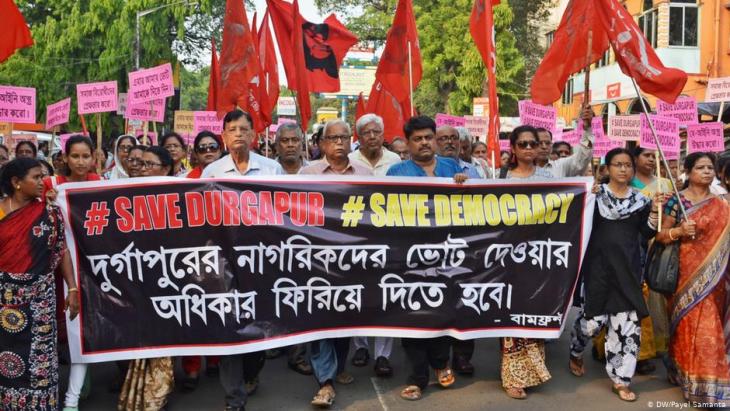 As Indiaʹs general election continues, there has been little progress in stopping "fake news", arresting its perpetrators, or limiting its spread. Thatʹs because the ruling Bharatiya Janata Party is responsible for disseminating much of it. By Shashi Tharoor

With Indiaʹs general election a few weeks away from its conclusion, a crucial question needs to be revisited: what role have social media played in them? Conventional wisdom once had it that, in the Indian context, one should always be sceptical about the reach and political impact of social media.

In 2013, a year before the last general election, the IRIS Knowledge Foundation and the Internet and Mobile Association of India conducted a study suggesting that in 160 constituencies (of 543 in the Lok Sabha, the lower house of Indiaʹs parliament), the margin of victory was smaller than the number of social media users, or over 10% of the population was on social media. It estimated that by the 2014 election, as many as 80 million Indians would be using social media and asserted that this was a vote bank that no politician could afford to ignore.

If that was true then, itʹs a lot truer now. I havenʹt seen a comparable study recently, but the numbers have of course grown since 2014. With some 625 million Internet users in India and upwards of 80% of Internet use on mobile phones, there could be 625 million pairs of eyes looking at social media during the 2019 election – nearly eight times more than in 2014. 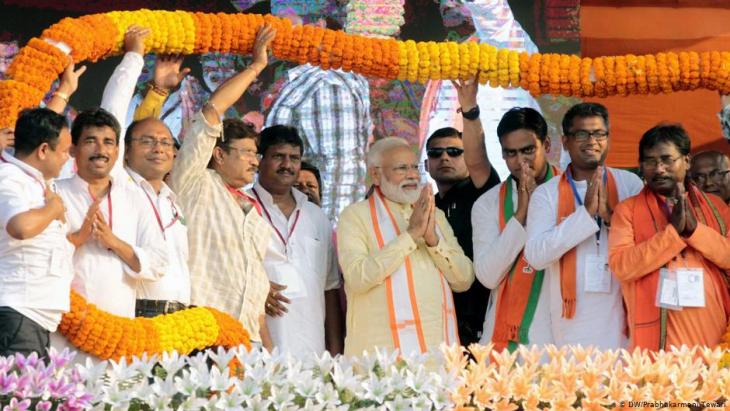 MP for the Indian National Congress Shashi Tharoor believes "that no Indian election can be won or lost on social media alone. Thereʹs still no substitute for mass rallies, street-corner addresses, door-to-door canvassing, handshakes at marketplaces and busy junctions and Jeep-top tours"

At the same time, though I was a Twitter pioneer among Indian politicians, my own view is that no Indian election can be won or lost on social media alone. While perhaps a bit more than a third of Indiaʹs population and perhaps above 40% of its voters, use social media, there are no reliable studies of how frequently they use it for political news and views.

They could be in WhatsApp group chats or sharing Facebook snaps of their beach weekend, rather than debating the merits of the political parties contending in their constituency. Thereʹs still no substitute for mass rallies, street-corner addresses, door-to-door canvassing, handshakes at marketplaces and busy junctions and Jeep-top tours.

And then there are the numbers. Twitter, the most "political" of social media, has only 30 million active users in India; it is dwarfed by Facebook and WhatsApp, with over 240 million active users each. And, given parliamentary constituencies of some two million people each, Twitter is of little help in political mobilisation. Unlike the U.S., Twitter would be useless for organising a mass rally, or even convening a large public meeting. It cannot be a substitute for conventional campaigning.

Nonetheless, political parties have been turning to social media extensively this year. Aside from its usefulness for issuing messages through memes, digital posters and WhatsApp forwards, social mediaʹs indirect impact (as a source for "mainstream" media stories) makes it an indispensable communications tool for politicians. And thatʹs where the trouble starts. 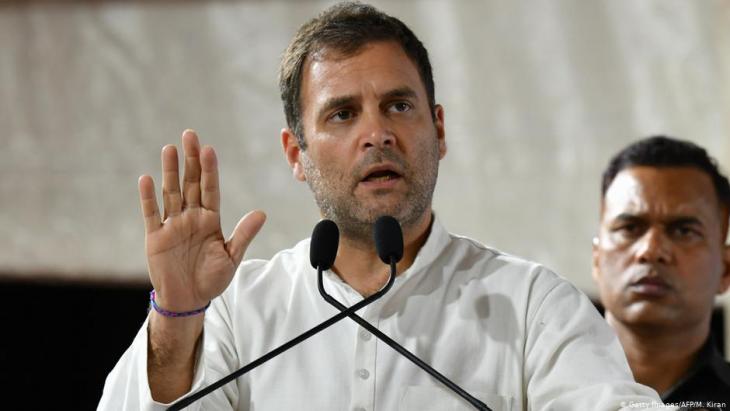 Opposition hope Rahul Gandhi, the latest in a long line of politicians from the Nehru-Gandhi family and arguably the only threat to Modi and the BJPʹs dominance has also faced an ongoing barrage of fake news; pre-election propaganda claimed the Congress leader was a 'fake Hindu'

WhatsApp is the favoured medium, because 82% of Indiaʹs mobile phone users have downloaded the app and because it is targeted at specific people. A political party can create groups defined by their interests, caste, or religious identity, or by a specific issue or cause and bombard them with messages to reinforce their biases and convince them the party is with them.

The ruling Bharatiya Janata Party (BJP) is the master of this technique, running an estimated half-million WhatsApp groups across the country. Its IT cell head, Amit Malviya, declared in March that, "The upcoming elections will be fought on the mobile phone….In a way, you could say they would be WhatsApp elections."

To date, the Taliban have profited from the opium and heroin trade. Now the militant group effectively rules a country with valuable resources that China needs to grow its economy ... END_OF_DOCUMENT_TOKEN_TO_BE_REPLACED

A recent nationwide, multi-faith public-opinion survey has found that Indians value both religious tolerance and co-existence, on the one hand, and religious exclusivity and ... END_OF_DOCUMENT_TOKEN_TO_BE_REPLACED

In India and beyond, there has been great sadness at the loss of the renowned Reuters photographer Danish Siddiqui, whose images captured the human face of South Asian news. He ... END_OF_DOCUMENT_TOKEN_TO_BE_REPLACED

Many marriages to British Asian men are accompanied by false promises of improved finances. Later when the men abandon their wives to return to the UK, some brides' families find ... END_OF_DOCUMENT_TOKEN_TO_BE_REPLACED

India is not alone in feeling great sadness today over the death of renowned Reuters photojournalist Danish Siddiqui. He was killed in Afghanistan during clashes between Afghan ... END_OF_DOCUMENT_TOKEN_TO_BE_REPLACED

India's prime minister has an "edifice complex" that has given rise to grand new government buildings, including a planned new parliament. Sadly, the spirit of deliberation and ... END_OF_DOCUMENT_TOKEN_TO_BE_REPLACED
Author:
Shashi Tharoor
Date:
Mail:
Send via mail

END_OF_DOCUMENT_TOKEN_TO_BE_REPLACED
Social media
and networks
Subscribe to our
newsletter