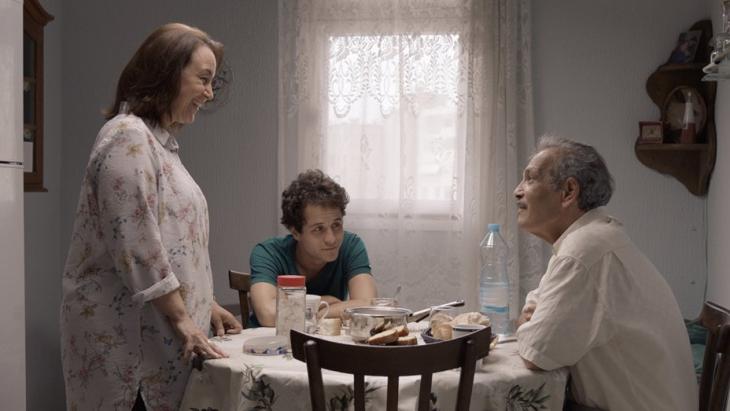 Of the many books, plays and films inspired by the story of the Islamic State movement, "Dear Son" by Tunisian director Mohamed Ben Attia offers something different. Far from the drama of the battlefield, he focuses on the anguish of the family that the fighter leaves behind. By Schayan Riaz

Following the world premiere of his debut film "Hedi" at the Berlin International Film Festival, the Tunisian director Mohamed Ben Attia told the industry magazine "Variety": "Iʹm already working on my next film. Itʹs another simple story about regular people who are confronted with things that are bigger and stronger than anything these people could ever have imagined."

This next film, titled "Dear Son" has now been released and completely affirms Ben Attiaʹs statement. Just like "Hedi", it initially paints a scene of normal daily life. The director shows us very regular people in very regular situations: parents who both go to work, a son whoʹs preparing for his school-leaving exams. They sit together at the dining table, cracking jokes in a pleasant, loving atmosphere.

But before long, the son isnʹt doing quite so well, heʹs feeling exam pressure for sure, nothing unusual about that. Mum and Dad pay the doctorʹs bills, even though theyʹre struggling to make ends meet. Their only sonʹs welfare is more important to them than anything else. Even their financial difficulties. 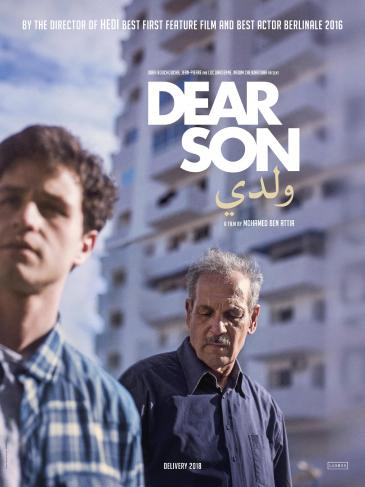 The drama of those left behind: rather than indulging the audience with scenes from the Syrian battlefield, Ben Attia anchors his story in domesticity. Without Sami, the parentsʹ apartment feels even emptier and an ineffable, silent chill develops between the two. And although the protagonists are in an unbelievable situation, one of the filmʹs great strengths is that the screenplay favours authenticity over melodrama

No trace of Hollywood

And suddenly heʹs gone. A simple note left in his room by Sami gives his parents Riadh and Nazli some indication of his new, approximate location. Heʹs gone to Syria to join a terror militia – IS isnʹt named in the film, but one can assume this is the organisation in question.

To Ben Attiaʹs credit, "Dear Son" is neither about the fortunes of a misguided young man, nor jihadism per se. The filmmaker focuses much more on Riadh and Nazli and explores how awful surprises such as these impact upon individual family members.

If this were a Hollywood movie, it would probably feature dramatic scenes from the Syrian battlefield, with Sami in his new guise as holy warrior. Ben Attia is not in the least bit interested in this. He locates his story in domesticity; without Sami, the parentsʹ apartment feels even emptier and an ineffable, silent chill develops between the two.

As they begin to blame each other, Ben Attia prevents their dialogue from drifting into the melodramatic realm. This is also one of the filmʹs great strengths: while the protagonists are in an unbelievable situation, the screenplay remains authentic and real.

Reminiscent of "Against the Wall"

All aspects of this film are directed with great sensitivity. This is helped by the presence of Dhrif, a lead actor who achieves much with few words. His doleful eyes do all the work, above all in the third act when he sets off to Turkey to find Sami and bring him back to Tunisia. This sequence is partially reminiscent of Fatih Akinʹs "Against the Wall", when the protagonist heads to Istanbul to find his former lover. Only here, itʹs the father whoʹs playing detective.

With "Dear Son", Ben Attia also offers a commentary on the nature of a flux-nation such as Tunisia, where the Arabellion began in 2010 and where members of the countryʹs middle class such as Riadh and Nazli canʹt offer the younger generation any real perspectives.

That a young man like Sami, who comes from a good family, decides against a future in Tunisia can be partially ascribed to the fact that that Riadh will soon be retiring with no savings to fall back on. Sami doesnʹt want to end up like his father and whether this is his actual motivation or just Riadhʹs suspicion – Ben Attia leaves that question unanswered.

A dream sequence underscores the fatherʹs fears and in any case, itʹs true that most IS fighters come from Tunisia. When he discovers Samiʹs Facebook profile towards the end of the film, all he can do is shake his head at this "idiot". He is left speechless.

In recent times, terror militia have provided the inspiration for many books, plays and above all movies. For example, in her award-winning novel "Home Fire", the British-Pakistani author Kamila Shamsie writes about the political aspects; in the documentary film "Children of the Caliphate", Talal Derki observes an Islamist family. And in "Profile", Timur Bekmambetov presents the whole issue as a thriller; a British undercover journalist establishes contact with a jihadist in Syria and wins his trust, with the entire story filmed through screen-capture. "Dear Son" by Mohammed Ben Attia is a sophisticated contribution to this demanding and challenging subject matter that deserves a broad viewership.

Home
Print
Newsletter
More on this topic
A new age dawns for Tunisian cinema: Press reboot!Raed Andoni's "Ghost Hunting" at the Berlinale: The ghosts that lurkInterview with director Tamer El Said: "In the Last Days of the City": Between light and dark
Related Topics
'Islamic State' | IS, Arab cinema, Cinema, Performing arts, Visual arts
All Topics

Arab women played a leading role in the protest movement of 2011. Since then, ongoing social transformation has had a considerable impact on their lives. What is their assessment ... END_OF_DOCUMENT_TOKEN_TO_BE_REPLACED

Recep Tayyip Erdogan, disappointed by the European Union’s reluctance to integrate Turkey into its ranks, has re-directed his country’s diplomacy toward the Maghreb and Africa to ... END_OF_DOCUMENT_TOKEN_TO_BE_REPLACED

The rollout of coronavirus vaccines in the Middle East and North Africa is already taking place on a massive scale, with the United Arab Emirates leading the way. Nevertheless, ... END_OF_DOCUMENT_TOKEN_TO_BE_REPLACED

Tunisia has launched a successful transition to democracy, but difficult economic and social times lie ahead. According to political scientist Said AlDailami, Europe should focus ... END_OF_DOCUMENT_TOKEN_TO_BE_REPLACED

Mass protests began in Egypt on 25 January 2011. They triggered the overthrow of long-time ruler Mubarak. Ten years later, many human rights activists and journalists are in ... END_OF_DOCUMENT_TOKEN_TO_BE_REPLACED

END_OF_DOCUMENT_TOKEN_TO_BE_REPLACED
Social media
and networks
Subscribe to our
newsletter