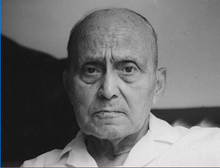 ​​ Mohamed Talbi was one of the founders of the Tunisia University and a follower of Habis Bourguibas, the father of the republic and the only Arab ruler who succeeded in stemming the influence of Islamic conservatism in his country in order to establish a secular regime. Today, Talbi is first and foremost a critical intellectual who never tires of denouncing the police state of Ben Ali.

In an open letter, Talbi, who in contrast to many other critics of the regime has not gone into exile, referred to Tunisia as a "gulag for the spirit." In other respects, his situation is not much different from other Arab intellectuals who find themselves caught between two fronts – the hammer of Arab dictatorships and the anvil of radical Islamism.

Similar to all of his comrades-in-arms, Talbi supports an enlightened, open-minded Islam and criticizes the one-dimensional thinking prevalent in many Islamic countries, which excludes and condemns those with dissenting views. Talbi matter-of-factly and, at the same time, convincingly describes the significance of the Islamic religion today. "Religion is neither an identity, a culture, or a nation. Religion is a private relationship with God. We can be Muslims and simultaneously be part of a Dutch, French, or Chinese culture." 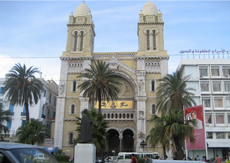 In fact, Talbi would like to stress the priority of human freedom over religious tradition, and therefore defends the idea that the Sharia is a man-made work, which is not binding on all Muslims. He sees it as absolutely necessary to rethink the Sharia. According to Talbi, the Islamic faith is based upon freedom, and every interpretation that attempts to diminish this freedom stands in clear opposition to the faith.

In this respect, Talbi follows in the footsteps of the German orientalist Theodor Nöldeke, who in his landmark work "The History of the Koran" stressed that every religious tradition has been influenced by its time and has undergone many transformations. 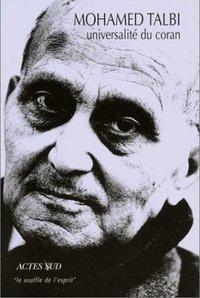 ​​ word with my present-day mentality and in view of my current life situation. I suggest a dynamic reading of the Koran and not a rigid or conservative one, which can only kill the word of God," writes Talbi.

Talbi therefore aspires to free Islam from dogmatic interpretations claiming to possess the ultimate truth. This is the kind of claim that "terrorizes the spirit and nips any dialogue with others in the bud."

He argues for a historical reading of the Koran in which the freedom of the individual takes centre stage. As an example of this new interpretation, he raises the problem of slavery. The Koran does not explicitly forbid slavery, but who today is prepared to defend slavery in the name of the Koran, asks Talbi provocatively.

For Talbi, reality maintains the upper hand and not the wording of the Koran. As such, the starting point for a modern reading of the Koran must be reality and historicity instead of tradition.

Talbi criticises Islamism and regards this ideology as a lever of power in the hands of a "theological totalitarianism." And he doesn't hesitate in stressing that the Koran is a secular book, as there is no church or clergy in Islam.

Therefore, Talbi sees any interpretation that claims to be able to lay down the meaning of the Koran once and for all as posing a danger – not only for believers, but also for the true spirit of the religion.

Tunisia
Social Changes in the Police State
In 2010, Tunisia is due to become part of an EU/North Africa free trade zone. But before that happens, many jobs in the country will be lost and with them, in all probability, the state's political stability. Bernhard Schmid reports

Tunisia and the European Union
Precarious Contradiction
For ten years now Tunisia has been the EU's biggest financial beneficiary. But why is it that the money that was intended to boost Tunisia's economy is being used to exercise political oppression, asks Mokhtar Yahyaoui

Interview with Hachem Saleh
"We Should Take the Path of Religious Enlightenment"
Arab thinkers must come up with a new reading of the Islamic message, one which is in harmony with the modern world rather than contradicting it, says Hachem Saleh. Mohammed Massad interviewed the Syrian intellectual in Paris, France

END_OF_DOCUMENT_TOKEN_TO_BE_REPLACED
Social media
and networks
Subscribe to our
newsletter