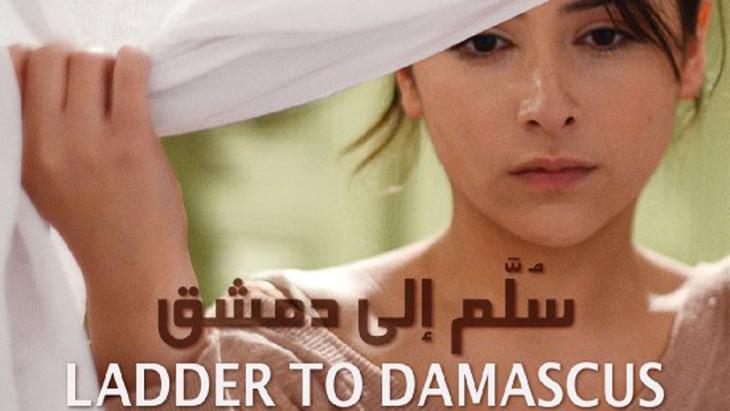 Mohammad Malas's film "Ladder to Damascus"
Between dream and disaster

In his new film, "Ladder to Damascus", the renowned Syrian filmmaker Mohammad Malas has succeeded in portraying the whole tragedy of the Syrian conflict without depicting any scenes of violence. By Charlotte Bank

On 4 March, unsettling news began to spread throughout Internet social forums. It was said that the Syrian filmmaker Mohammad Malas had been arrested on the Syrian-Lebanese border. He had been on his way to Beirut to fly from there to Geneva, where his latest film, "Ladder to Damascus", was to be shown at the International Film Festival and Forum on Human Rights (Festival du film et forum international sur les droits humains).

Luckily, he was released later the same day. However, he had to cancel his trip and has not been able to leave the country since then. This is not the first time that the Syrian secret police have employed the tactic of apprehending Syrian artists or filmmakers who support the uprising against the regime as they attempted to leave the country.

A similar thing happened to filmmaker Nidal Hassan in late 2011, when he tried to fly to Copenhagen to take part in the Copenhagen International Documentary Festival (CPH: DOX). In the summer of 2012, the producer and festival director Orwa Nyrabia was arrested at Damascus airport as he was on his way to Cairo.

However, even if Mohammad Malas is unable to leave the country himself, his film is nonetheless circling the globe. It is a film that conveys an urgent message of humanity to mankind – something that has become a rarity in Syria.

"Ladder to Damascus" tells the story of two young people, who meet each other through a film project and fall in love, and their colourfully diverse shared household in the Old City of Damascus. The protagonist Fouad is so obsessed with making films that others simply call him "Cinema". He meets Ghalia during a theatre rehearsal and is at once fascinated by her. He follows her, because he surmises that "a film lies concealed" in her, a film he would like to discover.

Ghalia's life and consciousness are intertwined in a peculiar way with that of Zeina, a young woman who committed suicide on the day Ghalia was born after learning of her father's arrest. Fouad helps Ghalia, who is new in Damascus, to find a place to live. She eventually moves into the same house as Fouad, a house that is also home to a group of artists, graphic designers, writers and philosophers. It is a colourful mix of people belonging to different religions and ethnic groups, something that was very common in Damascus before the revolution, but is today becoming increasingly impossible.

This artistic household embodies the hopes that Syrians held for a peaceful transformation, which still seemed possible at the start of the uprising but now threatens to shatter amidst anxiety, terror and fanaticism. The film is interspersed with arrests, torture and threats, and demonstrates in the most penetrating manner how life in Damascus has changed. It also shows just how much effort it takes to find the will to resist each and every day.

No one is spared by the unfolding events. The landlady is a pious, elderly woman, who unites all her tenants under one roof and gives each of them their own personal password to allow them safe entry into the house. She is usually immersed in prayer. One day, on her return from Friday prayers at the Omayyaden Mosque, she breaks down crying. She can only relate in fragments the horrible scenes she has just witnessed on the street. "Young people, with their lives still ahead of them…" is all that she can articulate, before breaking off into tears.

Malas weaves the stories of his characters together; their paths cross time and again in the courtyard of their house in Damascus. Their faces are often lined with worry and anxiety. Yet there are moments of hope and real solidarity: the open film screenings in the courtyard, for example, shared memories and common concerns when one of the tenants is arrested. In many respects, the house is like a microcosm of Syrian society. 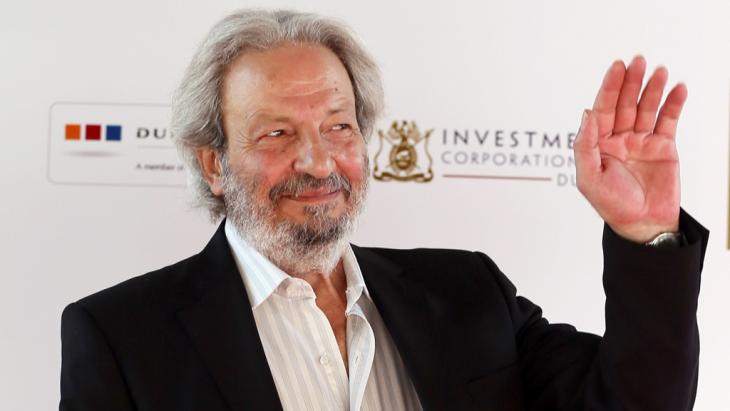 The renowned Syrian filmmaker Mohammad Malas, who attended the International Film Festival in Dubai just a few months ago, is now no longer allowed to leave Syria. Malas may not be able to leave the country, but his film is already being shown around the world

With his film "Ladder to Damascus", Mohammad Malas has succeeded in portraying the whole tragedy of the Syrian conflict without depicting any scenes of violence. The threatening atmosphere is omnipresent – from the background noise of the overhead military jets and the distant bombings to the never-ending fear of being arrested, a fear that flares up with every heavy knock on the door and in those moments when the whereabouts of a friend is unknown, as this could mean the worst. As in all of his films, "Ladder to Damascus" is interwoven with poetic images that drift between dreams, memories and reality, impressing the viewer with their symbolic force.

For the most part, the film is shot indoors. It is almost as if the film wanted to adhere to the words of Fouad himself, whose father gave him a camera and said "Go out and film everything you see", but who then realised that to take your camera out onto the street in Syria means taking your life into your hands.

A cry for freedom

It is a fact that a large number of people were deliberately killed during the Syrian uprising just because they were holding a camera in their hands. One of these was Bassel Shehadeh, a young film student who had broken off his studies in the USA in order to teach young citizen journalists in Syria film and editing techniques. Shehadeh was shot dead in the street in Homs, a camera in his hand. His death plays a role in Malas' film as well. When Hussein, who has just been released from prison, hears the news, he throws his television out the window, creating such a crash that it sounds like a bomb going off.

At the end of the film, Hussein climbs a ladder that he has erected on the roof of the house. The other tenants hold on tightly to the ladder as he climbs up loudly crying "hurriyyah" (freedom). An explosion silences the cry and the screen turns black. There could hardly be a clearer way to express the story of the Syrian revolution – a story of the collective cry for freedom suppressed with deadly armed force.

Moncef Marzouki was Tunisia's first democratically elected president after the fall of dictator Ben Ali. Today he is the most prominent critic of increasingly counter- ... END_OF_DOCUMENT_TOKEN_TO_BE_REPLACED

Asef Bayat, professor of Sociology at the University of Illinois, Urbana-Champaign, has been studying revolutions and how they affect people since 1979. In his recent book, " ... END_OF_DOCUMENT_TOKEN_TO_BE_REPLACED

The 2020 Beirut port blast was a traumatic experience for many people in Lebanon. A large number sought therapy in the aftermath. But, with doctors leaving the country, help is ... END_OF_DOCUMENT_TOKEN_TO_BE_REPLACED

A pandemic, civil strife and an economic meltdown have conspired to bring Beirut's vibrant club scene to its knees. Yet the city needs parties more than ever. Kate Martyr reports END_OF_DOCUMENT_TOKEN_TO_BE_REPLACED

A group of 20 social media influencers in Lebanon is seeking to de-escalate political tensions and overcome sectarian problems. Their outreach is impressive among the young and ... END_OF_DOCUMENT_TOKEN_TO_BE_REPLACED

END_OF_DOCUMENT_TOKEN_TO_BE_REPLACED
Social media
and networks
Subscribe to our
newsletter