Mohammad-Reza Shajarian, one of the most highly acclaimed interpreters of classical Iranian music, is defying the regime by forbidding the state-run radio station from playing his songs. Details from Stefan Buchen 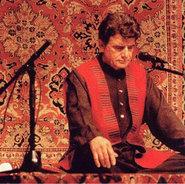 The voice of a deeply rooted, suppressed and yet still lively humanism: Mohammad-Reza Shajarian

​​One of his principles has always been to stay out of day-to-day politics. But now Mohammad-Reza Shajarian has apparently had enough.

After seeing dozens of demonstrators killed and thousands arrested in the course of the brutal suppression of the democracy movement in Iran, he is raising his voice against the government, the voice of the most renowned singer of classical Persian music and as such one that is probably honoured more than any other in Iran.

Mohammad-Reza Shajarian has forbidden the state-run Iranian radio network from playing his music.

"After all that's happened, I said: 'Enough!' and threatened to file a lawsuit if the state radio continued to play my songs", Shajarian told the Associated Press news agency.

No one but the "Master" ("Ostad"), whose popularity in Iran can be compared to that of the legendary songstress Umm Kulthum in the Arab world 40 years ago, could have gotten away with this kind of affront against the most important propaganda tool in the Islamic Republic. After all, the head of the state radio and television network is personally appointed by none other than revolutionary leader Ayatollah Khamenei himself. 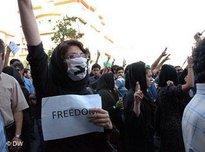 Protest in Iran: Shajarian has struck a spectacular blow against the legitimacy of the state – already eroded by the controversial presidential elections – because he enjoys a singular authority amongst Iranians

​​During the past few months, radio and television have been at the forefront of the psychological warfare deployed by the regime against its own people. The confessions of well-known speakers for the reform movement such as former Vice President Mohammad-Ali Abtahi, coerced through torture, were broadcast over and over again.

This makes Shajarian's audacious step all the more remarkable. And most amazing of all is that the state radio has actually complied with the musician's request.

Standing up to the ruling powers

Shajarian has thus struck a sensational blow against the legitimacy of the current regime – already suffering after the controversial elections on 12 June – because he enjoys his own singular brand of authority amongst Iranians both inside and outside the country, based on his musical mastery, his personality and his charisma.

He is the most-heard musician in Iran. On his concert tours he fills the biggest halls in Paris, London and Berlin. The 69-year-old has always been careful not to let himself be co-opted by politics, never viewing it as his duty to hold up a critical mirror to society. 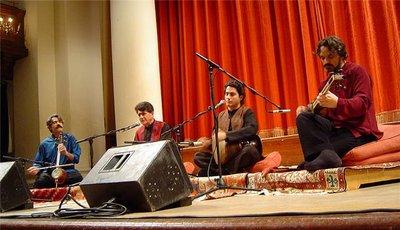 "He lends a voice to society, taking up people's emotions and desires and making them resound in sublime form": Shajarian at concert in London, November 2005

​​And he has always had a clear conception of his role as artist: he wants to lend a voice to society, to take up people's emotions and desires and make them resound in sublime form. This idea can prove explosive as soon as society rises up as a unified force.

When in September at a concert in Berlin with his ensemble Shajarian chose an old revolutionary ballad as encore – "Friend, come along ... unless we fight side-by-side we'll never overcome the harshness of life" – emotions ran high amongst the primarily Iranian audience.

"Return to the cultural self"

Mohammad-Reza Shajarian has earned his exalted status through decades of hard work and dedication to art. In the 1960s and 70s he was part of a "return to the cultural self", as art critic and dissident Faraj Sarkohi puts it.

Musically, this meant that the Persian stringed instrument called the kamanche replaced the violin, the setar the guitar, and the santur the piano.

​​Shajarian and others created a living Persian music culture, which did not see itself as elitist, but rather set its sights on aesthetic and moral edification for everyone: "Art must be in the service of beauty. Beauty evokes love and passion. Love and passion keep people from making mistakes and encourage them to strive for higher values", he once said.

Back then, he already challenged the Shah's state-run radio by accusing it of spreading bad pop music. This was two years before the Shah's western-backed regime fell.

Shajarian cemented his inextricable bond with the people during the long years of war with Iraq, which were accompanied by brutal suppression by the new theocratic dictatorship.

During this period, he set a carefully selected group of poems by classical writer Hafez to music, choosing themes of darkness, lost friendship and the yearning for peace. The result became Iran's best-selling music cassette of all time. Ever since then, Shajarian has held a fixed place in collective consciousness as the voice of a deeply rooted, suppressed and yet lively humanism.

His sheer presence in the Islamic Republic is political, because he defies dominant scholarly religious opinion in order to push for the acceptance of free art and music in society.

"The greatest political deed an Iranian artist can commit is to secure recognition for art", says Shajarian, who is only allowed to play concerts in Iran in exceptional cases.

One such concert took place after the severe earthquake in Bam in late 2003. With bitter irony, the reform-oriented newspaper Sharq, in the meantime banned, noted that it took nothing less than a natural disaster to get the Iranian authorities to consent to a Shajarian concert.

It is no secret that Shajarian has long held a deep-seated resentment against the ruling regime's efforts to stifle musical activities in the country through bans and neglect.

A certain irony can thus be found in the fact that he is protesting against the brutality of President Ahmadinejad's regime by of all things forbidding state radio from playing his music.

Shajarian predicts "bitter conflicts" in the near future between the culture scene and the government. There can be no doubt that his words and deeds will serve to buoy the protest movement in Iran.

Stefan Buchen works for the ARD magazine Panorama and is a freelance author for arte. He reports from countries including Iran, Iraq, Israel and the autonomous Palestinian territories.

Protest Songs in Iran
Tired of the Kiss of the Whip
Since the controversial presidential election last June, Iranian musicians of all genres have created a multi-layered song repertoire. Their songs are an attempt to come to terms with the bloody suppression of the opposition and demands for political freedom in Iran. By Jan Engelhardt

END_OF_DOCUMENT_TOKEN_TO_BE_REPLACED
Social media
and networks
Subscribe to our
newsletter