The Moroccan philosopher Mohammed Abed Al-Jabri has died at the age of 76. His death robs the Arab world of one of its most influential critical voices in the debate over identity, history and politics. An obituary by Sonja Hegasy 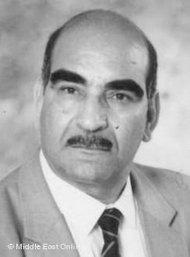 Mohammed Abed al-Jabri tried to re-establish an Arab rationalism. His main work, "The Critique of the Arab Mind," is seen as a milestone in contemporary Arabic philosophy

​​"Reason is a light which is certainly needed to illuminate the darkness, but it can also be useful in full daylight." (Mohammed Abed al-Jabri)

Mohammed Abed al-Jabri was without doubt one of the most significant social theorists of the Arab world. His dissertation on Ibn Khaldun, a pioneer of modern sociology, in 1970 brought him the first doctorate awarded by the University of Mohammed V in Rabat following Moroccan independence. It was the first of a total of over thirty works.

Al-Jabri was both a critical philosopher and a proponent of a left-wing programme of social policy. From 1959 onwards, he worked with the Moroccan opposition politician Mehdi Ben Barka in the Socialist Union Nationale des Forces Populaires (UNFP). And he remained committed to education, initially as a teacher, then as a school inspector, a writer of school books, a university teachers and mentor.

In the tradition of Immanuel Kant

Drawing on the history of non-orthodox Muslim movements, such as the Kharijites, Ismailis, Shiites or Sufis, he called for an oppositional mode of thought. Al-Jabri saw himself in the tradition of Immanuel Kant, in that he called on his readers to insist on their right to define the world on the basis of their observations, and not on the basis of pre-defined, traditional or out-of-date authorities.

He was, in the best sense, a "public intellectual." In 1990, he published a North African "East-West Dialogue" as a kind of argument and counter-argument with the Egyptian philosopher Hassan Hanafi. His main work, "The Critique of the Arab Mind," appeared in Beirut and Casablanca between 1984 and 2001 in four volumes, and led to lively controversy.

According to al-Jabri, two main elements in the history of political ideas continue to have an influence in the Arab world and are responsible for its continuing stagnation: imitation rather than critical thought has become the main form of awareness, and rulers are counselled but they are not controlled.

To counter that influence, Al-Jabri wanted to strengthen the rational, intellectual tradition in Muslim thought and drew on the Andalusian commentator of Aristotle, Averroes or Ibn Rushd, as his authority.

Like many contemporary intellectuals in the Arab world, Mohammed Abed al-Jabri is scarcely known in Germany. It was the current writer who introduced the philosopher and publisher Reginald Grünenberg to his works in 1995. Ever since, Grünenberg has persisted with his plan to publish al-Jabri's major works in German in his Perlen Verlag publishing house. An introduction to his work appeared in 2009, with an introduction by one of al-Jabri's assistants.

Dialogue with the Muslim world

I was able to bring that volume to al-Jabri last May. He would have loved to have lived to see the German translation of "The Critique of the Arab Mind." An English translation is also still in progress. As a result, one of the most important Arab intellectuals is scarcely known in the West, however much people may talk of the importance of dialogue with the Muslim world.

Al-Jabri's attack on conventional authority is as explosive socially as the works of the Egyptian Farag Foda, who was killed by an Islamist group in 1992, or those of the Sudanese scholar Mahmud Mohammed Taha, who was hanged in 1985.

Both Taha and Foda were declared to be apostates, and thus beyond the protection of the law, by the state religious authorities. It was a sign of the greater liberalism of Morocco that al-Jabri never faced such threats. The Moroccan king even offered him national honours, but he always refused.

A target for Islamists

Reginald Grünenberg asked him in a letter published in 2005 whether his provocative views had never led to repression or violence against him. 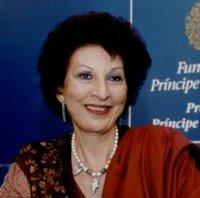 For millions of young people, Al-Jabri has reconciled modernity, their desire for democracy and their cultural heritage, says the Moroccan sociologist Fatima Mernissi

​​ Al-Jabri replied, "I have never yet found myself the object of any kind of aggression on account of my political position or on account of those of my ideas which express an ideological or cultural position… When I criticise an intellectual tendency or wish to distance myself from it, then I do so solely as a thinker who wishes to make his position clear, and not as an opponent or an enemy."

But the day after his death, Islamist websites were stirring up hatred against him.

The Moroccan feminist Fatima Mernissi once wrote that, to judge from the heated debates in which students are everywhere continuously engaging, al-Jabri was probably the philosopher who was most read by young people in the Arab world.

For "millions of young people," Al-Jabri had reconciled modernity, their desire for democracy and their cultural heritage, she wrote. Young people read his works eagerly, and got to know a version of Muslim history in which reason and the formation of individual opinions were a fundamental element.

Al-Jabri was a member of a well-educated generation which experienced the independence struggles in North Africa as young men; they went on to influence the formation of their society in every area. His motto was, "Have the courage to use your own intelligence!"

Portrait of the Philosopher Mohammed Abed al-Jabri
Critique of Arab Reason
Mohammed Abed al-Jabri is without a doubt one of the most important contemporary Arab intellectuals. His work focuses on the failure of the Enlightenment in the Islamic world and the search for an Arab identity in modernity. Sonja Hegasy introduces the Moroccan philosopher

Comments for this article: Pioneering Figure in a New Arab Enlightenment

It's interesting that the Arab world is so rich with culture. The influence of the Eastern Orthodox, The Sabiens, and Traditional Arabic spirituality is beautiful and inspiring. The political influence of this region is paramount in today's western prejudice. When can a personal relationship with Jesus Christ be reconciled with the traditions given to Muslims?

END_OF_DOCUMENT_TOKEN_TO_BE_REPLACED
Social media
and networks
Subscribe to our
newsletter