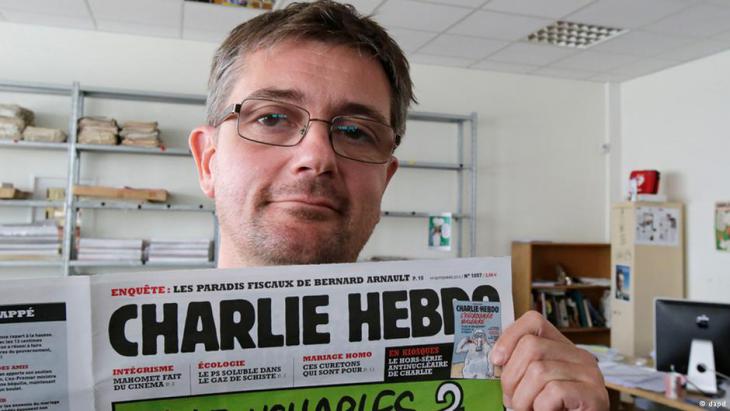 Mohammed Caricatures in "Charlie Hebdo"
Provocation as a Marketing Strategy

﻿The publication of Mohammed caricatures in the French satirical newspaper "Charlie Hebdo" has created quite a stir. In recent times, the newspaper has deliberately and frequently attempted to pick fights with devout Muslims. Bernhard Schmid with a portrait of Charlie Hebdo from Paris

﻿It can't be denied that the French satirical newspaper Charlie Hebdo, once the mouthpiece of young, "wild" left-wing radicals, has in recent days been a hot topic on the foreign policy agenda. Reactions to the paper's caricature stunt have come from the US government as well as France's Prime Minister Jean-Marc Ayrault and Foreign Minister Laurent Fabius.

As if that were not enough, French schools had to be temporarily shut and France's consulates, embassies, and cultural institutions in 20 countries with predominantly Muslim populations – in North Africa, the Middle East, Afghanistan, Pakistan and Indonesia – had to close their doors.

﻿Incitement as its trademark

Things had been quiet for some time at the satirical newspaper Charlie Hebdo. The one-time beacon of the left had already lost its earlier radicalism in the late 1990s. 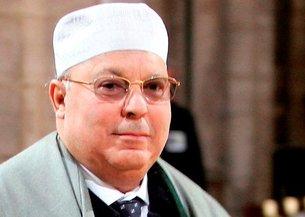 "These caricatures have delivered arguments to the extremist." Dalil Boubakeur, head of the Grand Mosque in Paris, condemns the Mohammed caricatures as a pathetic, hateful, and dumb provocation

​​ The paper's support for the NATO intervention in Kosovo was a source of internal conflict, resulting in the departure of a number of editors. What remained was merely the paper's provocative tone and its demonstrative anti-clerical position.

In recent times, the newspaper has deliberately and frequently attempted to pick fights with devout Muslims. And for many readers, this has even become its trademark.

In February 2006, as protests took place in front of Western embassies in many Islamic countries in response to the publication of Mohammed caricatures in a Danish newspaper, Charlie Hebdo promptly reprinted the illustrations. It even added some drawings of its own, which featured more pointed derision of contemporary fundamentalists.

At the time, the front page featured an image of the Prophet Mohammed, who announced, "It is a hard lot to be loved by fools!" Two Muslim associations filed charges against Charlie Hebdo, leading to a court case in February 2007. In the end, Charlie Hebdo was found not guilty of the charge of "stirring up racial hatred".

In early November 2011, the paper raised the ante by publishing an edition under the masthead "Charia Hebdo" (Sharia Weekly). According to the editors, this was in reaction to supposed plans by Tunisia and Libya to introduce sharia law.

Without a doubt, this supposition belongs to the realm of fantasy. 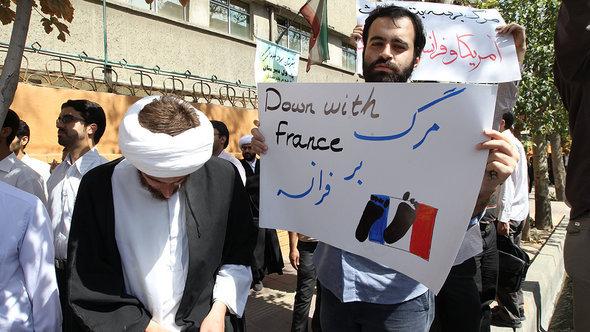 Incomprehension and anger in the Islamic world: French institutions and embassies were shut in 20 Muslim countries out of fear of violence following Friday prayers. Pictured: Demonstration in Teheran

​​The Islamic party En-Nahdha did indeed emerge as the strongest political force in the parliamentary elections in Tunisia in October 2011, yet there were absolutely no immediate plans to introduce a fundamentalist system of justice.

This is in contrast to Libya, where the former regime under Muammar al-Gaddafi issued a law ostensibly based on the sharia. But once in power, the Libyan rebels and the transitional government have still not undertaken any changes in the law.

In France, the editorial offices of Charlie Hebdo were set on fire in reaction to the announced publication of the controversial edition. The newspaper's web site was temporarily blocked by Internet pirates. It has since emerged that the Internet activists and their attacks were based in Turkey.

This is now the third time that Charlie Hebdo is drawing attention to itself with Islam and its Prophet on the front page. Among many on the Left, whose appreciation of the satirical newspaper has had its ups and downs, the recent action has tended to evoke a disparaging response. Some even accuse the newspaper of simply trying to increase sales figures in these times of economic crises.

Adding fuel to the fire

The editors have tersely responded that they merely want to react to current events and issues. The fact is, however, that Charlie Hebdo is looking forward to its largest sales success by far, similar to the year of the caricature controversy. The usual number of papers on sale at kiosks, a run of 75,000 copies, was already sold out on the first day of print. "Many people are now buying Charlie Hebdo who would otherwise never read or even know about the paper," claims a Paris kiosk operator. 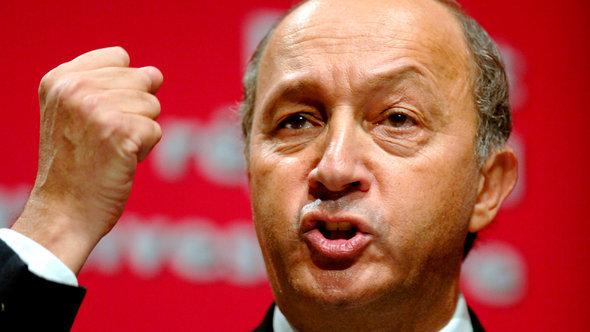 Appeal for moderation and responsibility: "We have seen what has taken place last week in Libya and in other countries, such as Afghanistan. We must call on everyone to behave responsibly," declared Foreign Minister Laurent Fabius

​​The French government regards the controversy surrounding Charlie Hebdo primarily as a security concern. The fear is that protests in North Africa and Asia, which are in part directed by political movements, such as the Salafi, and mostly directed against the USA, could now begin to target France.

French Foreign Minister Laurent Fabius, who only found out about the caricatures in Charlie Hebdo during his trip to Cairo, warned of "adding fuel to the fire". And Prime Minister Ayrault, while categorizing freedom of opinion as a "fundamental good", simultaneously appealed for everyone to act responsibly in using this freedom.

The satirical publication has, however, received support from France's political far-right. Marine Le Pen, the leader of the "Front National", stated in Le Monde that although she was no devotee of Charlie Hebdo, this was apparently a case of freedom of opinion being threatened. Too often, she claimed, people were prepared to cave in to the demands of fundamentalists. And if this wasn't enough, the self-proclaimed guardian of freedom of speech has used this opportunity to raise the political temperature. She is now demanding a ban on Muslim headscarves and the Jewish kippah in public places.

Despite what heads of state may claim, the Russian attack on Ukraine is not a wake-up call for a self-confident Europe that defends its values. The war is accelerating the decline ... END_OF_DOCUMENT_TOKEN_TO_BE_REPLACED

At the EU's outer borders, the right of migrants to a fair asylum procedure continues to be systematically disregarded. Take Greece, for example: in the worst case scenario, those ... END_OF_DOCUMENT_TOKEN_TO_BE_REPLACED

Madrid's about-face on the Western Sahara conflict has enraged Algeria. Trade relations have been frozen unilaterally and a cut in gas supplies to Europe could be in the pipeline ... END_OF_DOCUMENT_TOKEN_TO_BE_REPLACED

Mourad al-Marouai was just nine when a landmine killed him on a beach in war-torn Yemen, a tragedy that will haunt his family forever. After a swim, the little boy "suddenly ... END_OF_DOCUMENT_TOKEN_TO_BE_REPLACED

A ceasefire has been in effect in Libya for the past year and a half. Yet after Russia's attack on Ukraine, another proxy war looms in Africa's most oil-rich country. Mirco ... END_OF_DOCUMENT_TOKEN_TO_BE_REPLACED

The Ukraine war has seen energy prices spike with oil producers in the Middle East making more money than ever. But will it put the brakes on long-planned reforms to diversify oil ... END_OF_DOCUMENT_TOKEN_TO_BE_REPLACED
Author:
Bernhard Schmid
Date:
Mail:
Send via mail

END_OF_DOCUMENT_TOKEN_TO_BE_REPLACED
Social media
and networks
Subscribe to our
newsletter