Mohammed Hanif
My Country, Caving to the Taliban

In Pakistan, many people believe that the Taliban ideology is sound, and that it's only their methods that need to be modified. But people who have experienced Taliban rule have no such illusions, writes Mohammed Hanif, Pakistani author and journalist 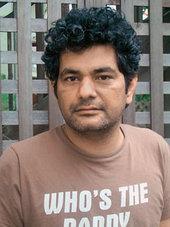 "Pakistan's army and the intelligence agencies seem so obsessed with the supposed menace from India that they are ignoring the menace at home", says Mohammed Hanif

​​ The day after Pakistan's government signed a peace deal with the Taliban allowing them to implement their own version of sharia in the Swat Valley, there was a traffic jam at a square in downtown Mingora, the main town in the region. The square, Green Chowk, has acquired the nickname Khooni Chowk, or Bloody Square, because the Taliban used to string up their victims there.

"Look at this." A shopkeeper pointed to the hubbub. "This is what people wanted, to get out and do business. Take the security forces away, take the Taliban away, and we can get on with our lives." He, like many Pakistanis, believed that the deal with the Taliban was the only way to stop bullet-riddled bodies from turning up at Khooni Chowk.

When peace arrived, all the women vanished

Mingora is not a backwater, not part of the Wild West that foreign journalists invoke whenever they talk about the Taliban. It's bursting with aspiration; it has law schools, a medical college, a nurses' training institute. There is even a heritage museum. Yet when peace arrived on Feb. 16, all the women vanished. They were not in the streets or in the offices, not even in the bazaar, which sells nothing but fabric, bags, shoes and fashion accessories.

The music market vanished, too. All 400 shops. The owner of one had converted it into a kebab joint. "This is sharia," he spat at his grill, which hissed with more smoke than fire. Across from his stand, a barber had hung the obligatory "No un-Islamic haircuts, no shaves" sign and was taking an early morning nap, his face covered with a newspaper.

This, I was told, was the price of peace.

As a Taliban insurgency gains strength in Pakistan, my country seems to be preparing to surrender. In areas where the Taliban formally hold sway, such as Swat, people have bowed to their guns. And in the heartland, in Punjab and other regions, there is a disquieting acceptance of the inevitability of the Taliban's rise to power.

The incapability of speaking with one voice 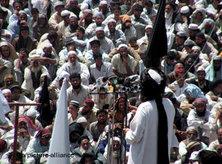 A member of the outlawed 'Movement for the Enforcement of Mohammedan Law' and local residents celebrate the promulgation of Shariah Law in Swat, 19 April 2009

​​ Over the past two years, Pakistani civil society has driven a military dictator from power and managed to force an elected government to restore our top judges to the bench. But when it comes to the Taliban, it seems incapable of speaking with one voice.

There is little sense of an impending crisis, just the blithe belief that the Taliban are not as bad as they seem, and that in any case, Pakistan's fractious government and security services are no match for these men with beards and guns. I hear vague comparisons with the days before the Iranian revolution; the only problem is that we don't seem to have a Khomeini, at least not yet. And we do have nuclear bombs.

Frustration about a corrupt system

In my hometown in Punjab, a businessman friend was inspired by the news from Swat. "If two hundred Taliban take over our town, then we can all start making our own decisions. Who needs this corrupt system anyway?" My friend is a typical middle-class conservative Pakistani, and people in cities across the country share his excitement. I tried to reason with him: "You drop your daughters off at school every morning, you always have music on in your car. That would be unthinkable if they take over." He hesitated and then rolled out the explanation that most urban Pakistanis offer.

"What they are doing in Swat is their Pashtun culture," he said, speaking of the ethnic group that dominates western Pakistan. "Islam says education is compulsory for every man and woman. And we Punjabis don't have their culture."

I have confronted the same naive assertion on TV talk shows and in Urdu newspapers: The Taliban ideology is sound; it's their methods that need to be modified. Somehow people hope that when the Islamists march into Lahore or Islamabad, they'll suddenly realize that Islam is a religion of peace, that music is good and that girls should be allowed to go to school.

People who have experienced Taliban rule have no such illusions. When the Taliban took over Swat, they held a "peace" march. Thousands of men in black turbans and regulation beards stomped through the city. "There wasn't a single local among them," a schoolteacher in Mingora recalled. "I sat at home with my family and quivered with fear." Then he hesitated and made sure that my recorder was switched off, afraid that what he was about to say might be seen as blasphemous. "I felt like a non-Muslim citizen of Mecca the day it was conquered by prophet Muhammad's army. And I am a practicing Muslim."

"We have become prisoners in our own houses"

Among the women of Swat, the fear and resignation is even stronger. The Taliban have blown up girls' schools and dumped bodies of professional dancers in Bloody Square. Women told me their stories behind closed doors, from under their newly purchased burqas, and always after extracting solemn promises of anonymity. "We have become prisoners in our own houses. We can't even go out to buy groceries. It's all over for us," one told me.

The Taliban routinely place near the bottom of opinion polls, and in elections they garner less than 10 percent of the vote, yet their rise to power is taken by many Pakistanis as inevitable

​​This resignation was on display recently when a video surfaced showing the Taliban flogging a teenage girl for stepping out of her house unaccompanied by a male family member. The gruesome display outraged civil society and portions of the media. But apologists for the Taliban were louder, and the response in Pakistan followed a pattern that has become familiar since 9/11: first denial and then willful ignorance. "The video was fake." "The media should not have run it." "Are you using this video as an excuse to criticize the Koran?"

By the time the debate died down, the Urdu media had concluded that the video was part of a conspiracy to derail the Swat peace deal, but that the punishment was appropriate. Again the justifications. Maybe the Taliban had not followed the proper procedures, but surely they can be reasoned with.

While Taliban cheerleaders monopolize the airwaves, their advance parties are already in the cities. Schools in Lahore and Islamabad are routinely shut down after receiving anonymous threats. The education ministry circulated a notice in Karachi last week warning coed schools to beef up security. The same is true in the industrial hub of Sialkot.

Sure, thousands have turned up at anti-Taliban rallies; there are Facebook groups galore protesting their policies. But people know that raising a banner in a city square or clicking on an e-petition is not going to convince the Taliban to give up their arms and go back to their day jobs (or, in most cases, return to an endless cycle of unemployment).

There were hopes that Pakistan's security services would fight the Taliban, but the army and the intelligence agencies seem so obsessed with the supposed menace from India that they are ignoring the menace at home. If they are not colluding with the Taliban, as many observers believe they are, they are staying neutral. In fact, they are so neutral that they rent their bases to the United States for launching missile-laden unmanned aircraft while simultaneously supporting the very people those missiles are aimed at.

Last week, the Taliban took over Buner, a strategically important district just 70 miles from the capital, Islamabad, and less than 20 miles from the Tarbela hydropower plant, which provides one-third of Pakistan's electricity. The military's response was anemic – it deployed a small, lightly armed constabulary force. 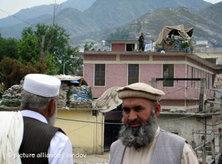 US drone attacks on Pakistani soil have allegedly killed several hundred civilians. These attacks, writes Hanif, have made being pro-American "radioactive"

​​ In Swat, I heard the same story again and again: Before the peace deal, soldiers would stop people at checkpoints and say, "Don't go that way, the Taliban are slitting someone's throat." But they wouldn't intercede to stop the throat-slitting.

The problem, as many see it, is that there's no alternative. Yes, the Taliban routinely place near the bottom of opinion polls, and in elections they garner less than 10 percent of the vote. But we seem to be an exhausted society, incapable of rising to this challenge.

When we look overseas for support, we are confronted by the Americans demanding that we oppose the Taliban even as U.S. drones continue to kill impoverished civilians in the remote-controlled hunt for Taliban officials and the latest al-Qaeda No. 3. There is not a single Pakistani who supports these attacks or the way they are being conducted. They have made being pro-American radioactive. And they have also made opposing the Taliban that much more difficult.

What are people to do?

I got a glimpse of what they are already doing in Lahore. At a hotel that is so safe, I was told, that Americans often use it, I saw security guards posted at multiple entrances. You see private security guards everywhere in Pakistan, but one I spoke with had his pistol drawn. When I asked him why, he shrugged and said that those were his orders. But how he will guard against a truckload of explosives, a band of men armed with rocket launchers or an ideology that wants us to dress and behave like people in Mecca circa A.D. 570 remains unclear.

Mohammed Hanif, a special correspondent for the BBC's Urdu service, is the author of the novel, "A Case of Exploding Mangoes."

Pakistan and the War on Terror
A Country on the Brink
The mismanaged "war on terror" has stirred extremism, threatening to rip Pakistan apart, says Ahmed Rashid. The Pakistani author and journalist argues that the US strategy of nation-building in Pakistan, Afghanistan, and Central Asia has failed

Mohammed Hanif's "A Case of Exploding Mangoes"
A Tangled Tale
A first novel by Mohammed Hanif is a rollicking ride through the politics of the Pakistani military rule of Zia ul-Haq in the eighties. Irfan Husain says that the book has lessons too for the current rulers of Pakistan as they emerge from nine years of military rule

END_OF_DOCUMENT_TOKEN_TO_BE_REPLACED
Social media
and networks
Subscribe to our
newsletter