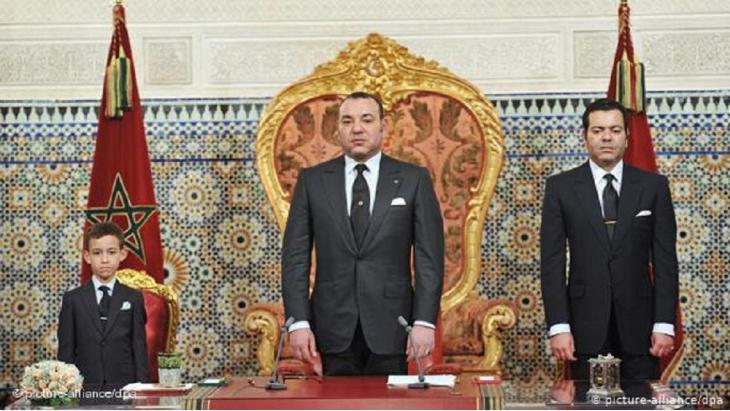 Mohammed VI and the Arab Spring
What happened to Morocco's 2011 constitution?

Morocco's 2011 Arab Spring constitution has been hijacked by the deep state, which is asserting its own authoritarian interpretation and turning the clock back decades. Analysis by Mohamed Taifouri

Twelve years into Mohammad VI’s reign, the cry for constitutional reform swept across the country with the winds of the Arab Spring. The February 20 Movement, a loose affiliation of civilian groups and political organisations, rose up to demand political, social and economic change. Topping the demonstrators' agenda was reform of the constitution and the establishment of a parliamentary monarchy.

Following a referendum held on 1 July 2011, which was supported by 98% of voters, with voter turnout a record 72%, Morocco adopted a new constitution.

Now, ten years later, the country appears to be on the brink of turning full circle – back to the status quo before 2011. Developments in recent years reveal that the Makhzen (the ruling elite) has re-asserted its former supremacy. Indeed, it has progressively won back everything it lost at the time of the Arab Spring by dint of assorted local, regional and international circumstances.

Moreover, the deep state seems intent on erasing from the collective memory of Moroccans any traces of the "revolutionary" moment, by continuing to outlaw any commemoration of the February 20 movement. Ten years on from the 2011 constitution, there is nothing to keep its memory alive.

There is no reference to it or statement about it in the official media, the press, or by those offices and agencies affiliated with the regime. There is no mention of the ten-year anniversary of the "Constitution of Rights and Freedoms" in state media, despite the fact that Morocco’s achievement with this constitution was said to be "unparalleled" in the Arab world. 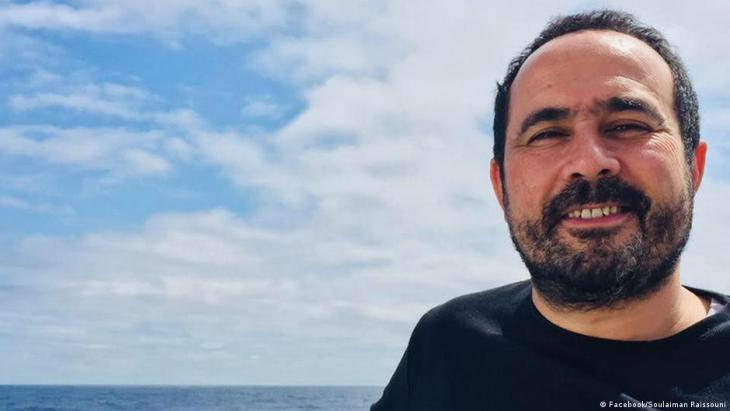 Moroccan journalist Souleiman Raissouni has been sentenced to five years in prison for "sexual assault". However, the editor of the newspaper Akhbar Al Yaoum announced through his lawyers after the judge's decision that he would defend himself against the sentence with all remaining legal means. He himself was unable to attend the last court hearings because he is in a critical state of health after a three-month hunger strike

It should be recognised that the constitutional document, which took three months to produce, was based on consensus. Everyone who goes looking for something in the current constitution will find what he wants within the text. The text reflects part conservative and traditionalist forces and part modern, legalistic and democratic influences, in equal measure.

The new constitution played a role in controlling the balance of power between the institutions of state, extending the powers of the government to manage the country’s affairs, bringing under control those areas assigned to the monarchy, and strengthening the executive branch of the royal household by encouraging discourse and consultation between institutions.

In today’s Morocco, there is no need for an authoritarian drive towards restoration. The deep state has already succeeded in imposing its own reading of the constitution. Indeed, years after its implementation, the only thing that has really changed is the deep state’s interpretation. Whatever the content, the text remains the same.

It deals with the interactions of political life, its conflicts, dynamics and the active forces within it, all of which give the constitution substance and breathe life into it. Thus, its provisions may serve a democratic agenda in the presence of democratic forces and an authoritarian one when under the control of traditional, conservative – and in this instance, therefore, undemocratic – forces.

Authoritarianism has thus succeeded in imposing its own reading of the written constitution, or rather in enforcing the unwritten constitution i.e. the one comprised of traditions, customs and balances of power. It is the third time an attempt to introduce democratic reform in Morocco has failed, following the events of 1958 with Abdullah Ibrahim and of 1998 with Abd al-Rahman al-Youssoufi, who both sought to lead the country, through progressive and permanent transition, to democracy.

The kingdom is still far from belonging to the club of democratic countries, even though it is six decades on from the first constitution (1962), and its subsequent amendments (1970, 1972, 1992, 1996), not counting the 1908 constitutional draft project. The Makhzen does not seem to realise that putting off reform for too long could prove very costly, because when it does finally come, they will have played all their cards.

Rejecting the third reform attempt, in 2011, used up two, merely in order to keep the game in play:

Firstly, the constitution was amended from its 2011 incarnation of a democratic contract between people and a law applying to everyone, into something that was riddled with compromise and concessions. Those who engineered these changes managed to shackle it with 21 subsidiary laws, without which it had no chance of coming into force, ultimately creating a constitution of good intentions, promising everything and fulfilling nothing.

Secondly, the Islamists, who had been waiting in reserve throughout Mohammed VI’s reign, mounted a strong opposition, which helped to bolster the legitimacy of the political game in the country. After the power-sharing experiment failed, the regime became wary of including the Islamists.

Morocco's decision-makers are out of touch

Instead, it sought to clone the Tunisian model by creating an 'official' party – the Authenticity and Modernity Party (PAM), founded by Fouad Ali el Himma, a friend of Mohammed VI. The upshot for the Justice and Development Party was that it lost the moral high ground during its second term in government and was brought to heel, a fate that has repeatedly befallen Moroccan political parties in the past.

The Makhzen’s insistence on squandering all-too-rare historical opportunities by adopting the same old tools and out-of-date methods comes at a time when social change is transforming life around the world, and most acutely so in Morocco, by virtue of its geographical proximity to Europe. It shows that the decision-makers have no idea of the nature and pace of change in the world.

Finally, the demand for reform and change remains an urgent priority. The third legislative elections (after 2011 and 2016) to take place under the new constitution will be held on 9 September. It is time to break with the past.

Reform in Morocco: Sapping the political will

Morocco's monarchy and the conflict with the PJD: All power to the palace

Unrest in Morocco: Condemned to eke out a living

Sultana Khaya, 41, has been peacefully resisting the Moroccan occupation of Western Sahara for many years. Because of her campaign to assert the self-determination of the Sahrawi ... END_OF_DOCUMENT_TOKEN_TO_BE_REPLACED

Since Spain abandoned its traditional neutrality towards the conflict in Western Sahara, Morocco has announced a "new phase" in relations between the two countries. But what is ... END_OF_DOCUMENT_TOKEN_TO_BE_REPLACED

Russia's ranking on the World Press Freedom Index has fallen again over the Kremlin's wartime censorship of the Ukraine conflict. From Myanmar to Mexico, journalists continue to ... END_OF_DOCUMENT_TOKEN_TO_BE_REPLACED

For over fifty years, British photographer Peter Sanders travelled across the Middle East and further afield, seeking out the saints of Islam. His work uncovers a little-known ... END_OF_DOCUMENT_TOKEN_TO_BE_REPLACED 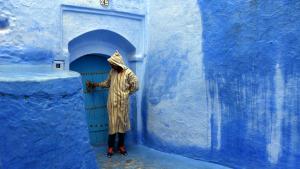 Nestled in the Rif Mountains of northwest Morocco, Chefchaouen – where Jews, Amazigh and Arabs settled to impart a unique blend of cultural identity – seems lost in a maze of ... END_OF_DOCUMENT_TOKEN_TO_BE_REPLACED

END_OF_DOCUMENT_TOKEN_TO_BE_REPLACED
Social media
and networks
Subscribe to our
newsletter